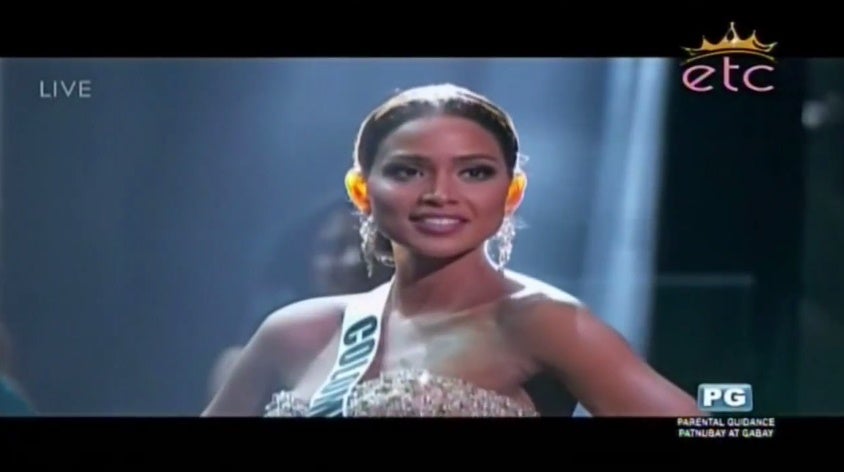 At least this time, host Steve Harvey got it right.

This after Andrea Tovar of Colombia was announced as Miss Universe second runner up.

During the question and answer portion, Tovar was asked which failure made a mark in her life.

Speaking in her native language, Tovar said her experiences when she committed major mistakes helped her strengthen her values and principles.

“I think any of those experiences give you an opportunity to strengthen values and principles,” Tovar said through an interpreter.

Now back as host, Harvey said his second chance to host the pageant was his “confidence booster” and he was set to make sure he didn’t make a mistake again.

The country’s own Maxine Medina fell out of the top three after the question and answer portion.

She was asked what was the most significant event to her in the past decade.

Maxine said it was the 65th Miss Universe pageant that made a mark so far in her lifetime.

“In the last 10 years of being here in the world, I saw that all the people bring in in one event like this Miss Universe. And it’s something big to us, that we are one as one nation, that we are all together,” Maxine said. IDL/rga