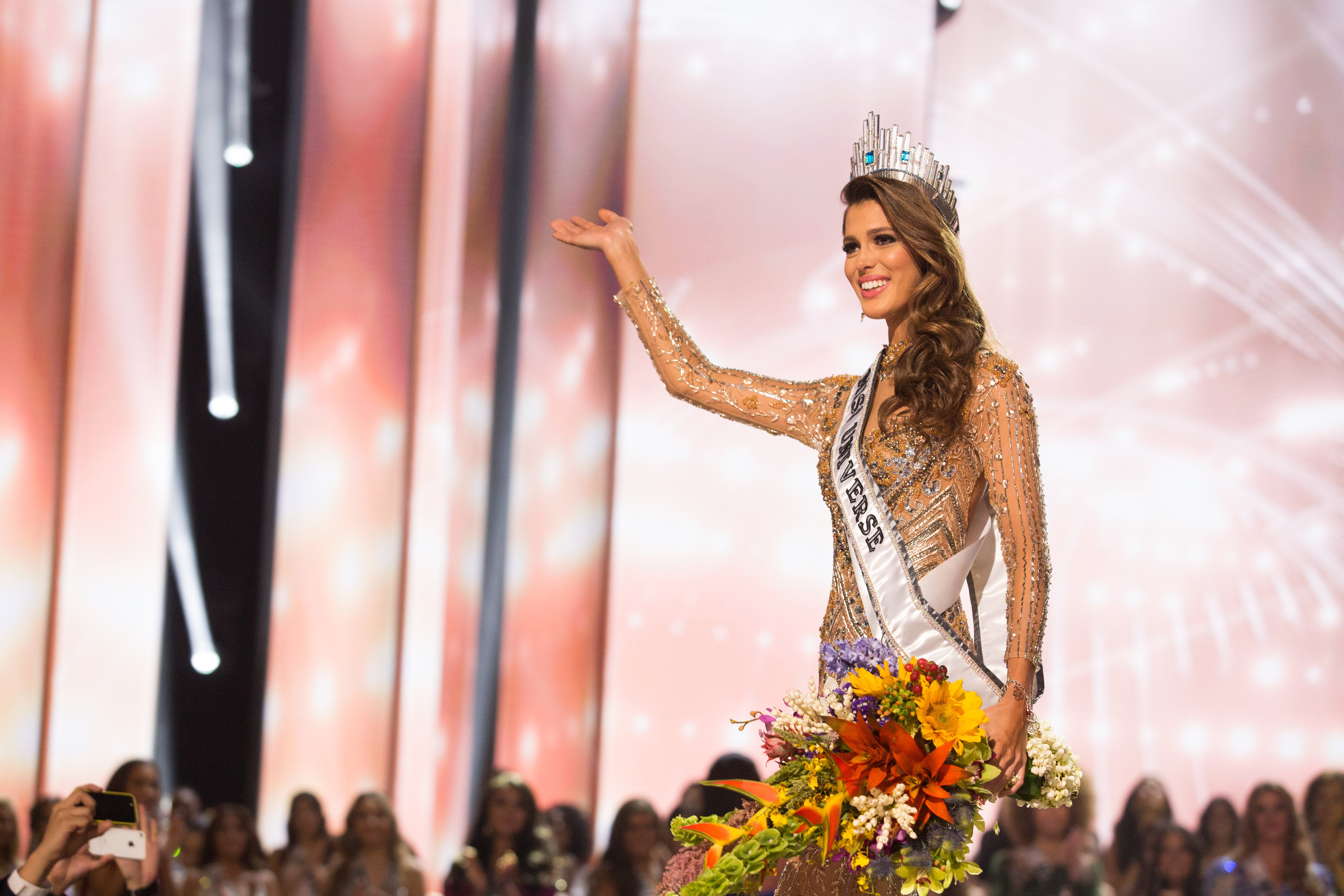 Iris Mittenaere, Miss France 2016 is crowned Miss Universe at the conclusion The 65th MISS UNIVERSE® Telecast airing on FOX at 7:00 PM ET live/PT tape-delayed on Sunday, January 29 from the Mall of Asia Arena. The new winner will move to New York City where she will live during her reign and become a spokesperson for various causes alongside The Miss Universe Organization.

From Pia to Iris: Netizens react to Miss Universe coronation

Filipino netizens once again displayed their humor, wit, and penchant for pageantry as they shared their thoughts on the results of the Miss Universe 2016 pageant in Manila.
Following the victory of Miss France Iris Mittenaere, netizens joked that French establishments in the country would be offering promo sales and free food. YG/IDL

When French Baker and French Fries are trending. #MissUniverse

Twitter users also congratulated Philippine bet Maxine Medina for finishing in the Top 6 of the competition and weighed in on her answer during the question and answer portion.

I get what Maxine was trying to say, I just hope the judges did too. We’ll always support you, Max! #MissUniverse #WearTheCrown #Philippines

Thank you @maxinemedina 4 doing what our president couldn’t: unite our whole nation. For that you deserve to #WearTheCrown. @CreamSilkPH

Despite all the online bashing and criticism, Maxine held her head up high! Being on the top 6 is something to be proud of ❤ #WearTheCrown

Did I want Maxine to win? Yes
Was I disappointed? Yes
Did I regret supporting her?
NO. BECAUSE SHE GAVE HER ALL.#MissUniverse #Philippines

Look at Pia! A true queen. Her walk.Her talk. Her look. Smart. Brains. Hottness. She has it all. Youll be missed #missuniverse #WearTheCrown

Pia Wurtzbach’s #MissUniverse reign is over but she’ll always be our confidently beautiful Queen, with a ❤. #Philippines #WearTheCrown

Here’s what other netizens had to say:

Mas maganda sagot ni miss France without the interpreter. So she won on her own. Not because of the translation.

Congratulations, Maxine! We’re so proud of you. #MissUniverse #Philippines pic.twitter.com/DtDmiNNR4v

Stop bashing, Stop the hate, Top 6 is more than enough. Maxine made us proud. Thats it!
#MissUniverse #Philippines

Congrats to the whole #MissUniverse team. Thank you for choosing the #Philippines as your venue. It’ll take years before it happens again.

Pia Wurtzbach is still my Miss Universe. She has set the standard so high I think no one can ever replace her. #MissUniverse #Philippines

Ms Haiti’s heart & mind are strengthened by past adversities. She is confidently smart & beautiful with a heart.#MissUniverse #Philippines