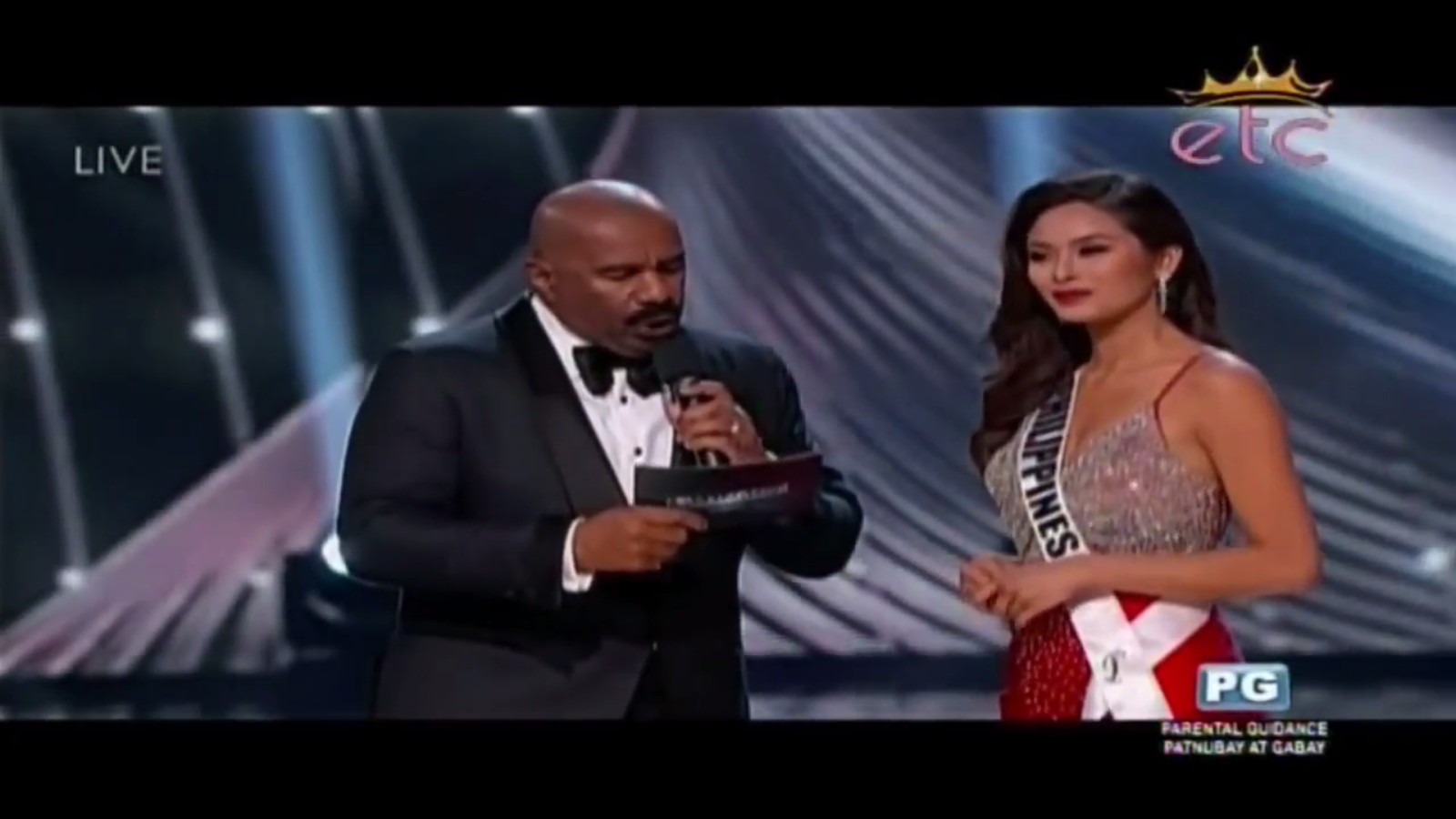 ‘Inaccurate’ Filipino translation of question may have led Maxine adrift

The Philippines’ hope for a back-to-back Miss Universe win was shattered when representative Maxine Medina failed to make it to the top 3 after a tense question-and-answer moment.

Before the Miss Universe 2016 pageant, the media and fans alike noticed her grammar lapses, earning her criticisms. She was advised to employ an interpreter, which would make her the first to ever do so.

Did she lose because she opted to answer in English despite the question being translated into Filipino or because the translation was not quite exact?

The question was, “What is the most significant change you’ve seen in the world in the last 10 years?”

Many have pointed out that “most significant change” should been translated as “pinakamakabuluhang pagbabago.”

Would Medina’s answer turn out more to the point if the translation was more exact?

Now many are thinking, “Has the interpreter played a role in leading Medina’s answer to go ‘astray'”?