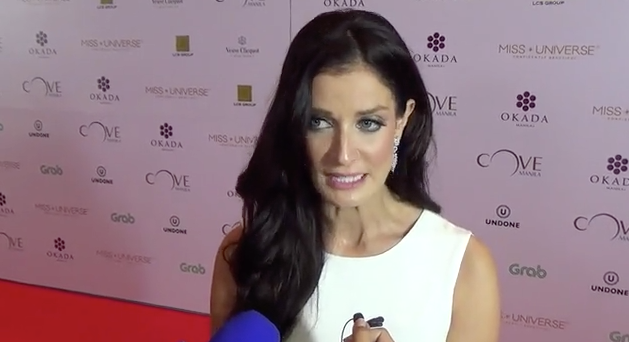 Dayanara ‘shocked’ Maxine did not make the Top 3

Two Miss Universe queens who served as judges during the coronation on Monday were split as to how the country’s candidate Maxine Medina fared during the competition.

Miss Universe 2011 Leila Lopes and Miss Universe 1993 Dayanara Torres were at the afterparty at Okada Manila Monday night, hours after the coronation of the new queen, Iris Mittenaere, of France at the SM Mall of Asia Arena on Monday.

For Lopes, Maxine lacked the characteristic to make her stand out among the candidates.

“She’s beautiful, I think she’s very classy also. But you know, even though she was home, and she had the crowd supporting her, I think she was lacking something,” Lopes said at the red carpet before the afterparty.

Lopes, the first Miss Universe from Angola and a former United Nations Goodwill Ambassador for Desertification, said she could not pinpoint exactly what Maxine lacked, but whatever it was, Mittenaere had it.

“I don’t know exactly, but there was something missing. And I believe Miss France had what we’re looking for,” Lopes said.

Dayanara Torres, a former UNICEF ambassador and Miss Universe from Puerto Rico, had a different position about Maxine.

Torres said she was shocked Maxine did not make the top three because Maxine was such a beautiful candidate.

Torres said it was too bad Maxine did not make the top three cut because she had the qualities she was looking for in a Miss Universe – sweet, natural, and real.

“She was incredible, and very beautiful, and sweet, and one of the things we were looking for. She wasn’t robotic, with a tough attitude, because we want somebody very much natural, and real. And she was that,” she said.

For Torres, Mittenaere had the qualities of the most beautiful woman in the universe.

“We’re very happy, definitely one of our top choices. And that night, she was the one who shined,” Torres said.

Maxine made it to the top six, but did not make the top three after the question and answer portion.

Meanwhile, the French beauty won the crown and vowed to promote dental health especially as a student pursuing dental surgery.