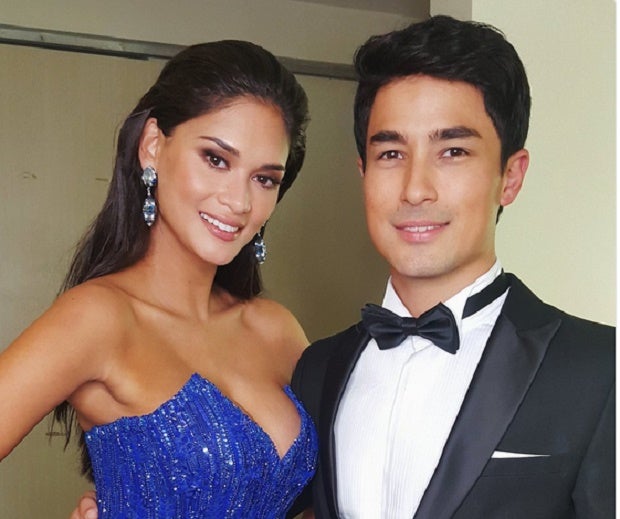 Marlon Stockinger ready to fight for relationship with Pia

Now that the country’s own Pia Wurtzbach is moving on from Miss Universe queen to New York model, her boyfriend Swiss-Filipino racer Marlon Stockinger is bracing himself for the worst.

But now at a social media age, maintaining a long distance relationship because of work would not prove to be difficult anymore, Marlon said on the red carpet of the Miss Universe afterparty in Okada Manila Monday night.

“I think it works, because we’re both very career driven, because of that we’re able to understand each other’s jobs. So yeah, we get along in that sense,” Marlon said.

“We’re very supportive of one another. So in the end, it really works out,” he added.

Marlon expressed confidence their relationship would work out now that Pia would spend more time in New York for her contract with the prestigious talent management company International Management Group (IMG).

Pia announced the good news during the coronation day of the 65th Miss Universe held here in the Philippines on Monday.

Marlon said he and Pia would do it the way they have always done in the past year that Pia had been busy in her reign as Miss Universe – communicate through social media.

“Obviously, we are in the social media age. It’s very easy to do all those things. It’s not really a problem,” Marlon said.

“In the end, it’s really not that hard,” he added.

Marlon said he is proud of his girlfriend’s achievement as Miss Universe 2015 in cementing her country’s place in the international beauty pageant scene.

“I think, whether she is Miss Universe or not, Pia will still continue to be busy. About her passing on the crown, all I can say is, I’m very proud. I think we can be very proud of her reign as well,” Marlon said.

“She has a very bright future after this. She’s been absorbed by IMG, and I think she has a lot of work to do yet,” he added.

Marlon said the most challenging for him about dating a Miss Universe is the attention they get as a couple.

But whether Pia has the crown or not, she would always be the queen of his life, Marlon said.

Pia has just turned over the crowd to the new Miss Universe Iris Mittenaere from France during the coronation at the SM Mall of Asia Arena on Monday.

“The most challenging [part] is obviously all the attention. I mean, if you’re Miss Universe, everyone in the world finds you beautiful,” Marlon said.

“The best thing is, if you really like a girl, with or without the crown, you’ll find someone nice. And I think that’s what the (Miss Universe) organization is very good at doing,” he added.

In a quick interview on the red carpet, Pia said her contract with IMG has to do with both modeling and acting.

Besides modeling for IMG, Pia will also serve as a Miss Universe ambassador, and is also set to appear as special guest in the fifth cycle of the model search “Asia’s Next Top Model.” CDG