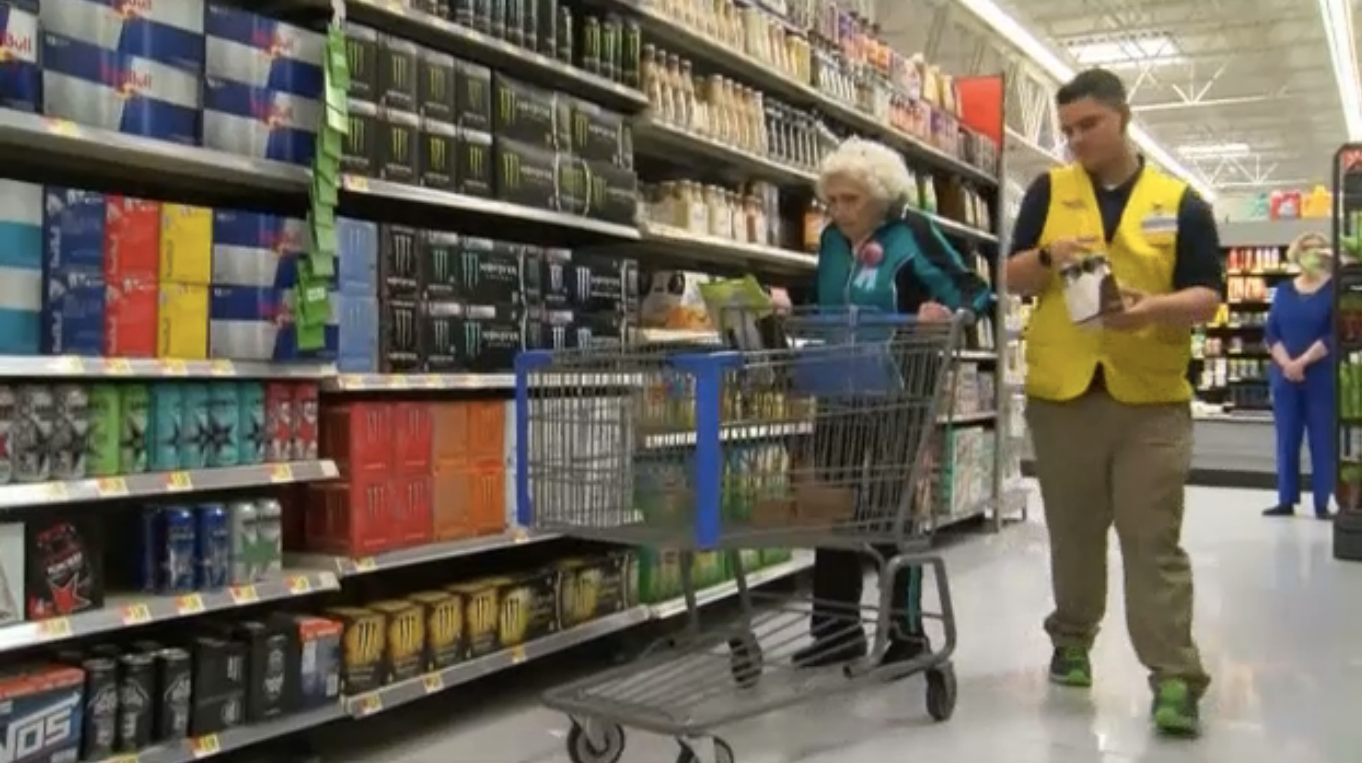 There’s much to learn about customer relations from a grocery store in a small city in the US.

In Bryant, Arkansas, the staff of popular grocery chain Walmart gave their oldest regular customer a day of appreciation that’s one for the books.

Geneva Kendrick celebrated her 104th birthday in the company of the staff of the store that she has been buying her groceries from for years, according to NBC’s KARK-TV.

“When she goes into the store, she pushes her own baggie. She loads her stuff up the conveyor belt,” Kristopher Hudson, an associate in the store, described Kendrick.

The staff prepared their surprise party for their favorite customer in the breakroom of the store, with colorful birthday cakes, silver balloons and gifts.

“Ms. Geneva’s someone special to us so we feel that’s the least we could do for her,” Hudson said.

Kendrick, when asked about what she thought of the surprise party, said, “It couldn’t be better,” adding that it was “the most wonderful one” she has had.

“Extra, extra, extra special. I can’t explain how special it really was, and is,” Kendrick said. “This party is the best one yet.”

Kendrick regards the store’s staff with as much appreciation as they do her. She described everyone as being “so friendly and nice” and enjoyable to talk to.

According to the report, Kendrick cited her ability to count her blessings, her friendly nature and her drive to continue making memories as some of the secrets to her longevity.

The curly haired, cheerful dame is quite remarkable, too, for not seeing herself as aged, and instead focusing on the things that lie ahead in her life’s journey.

“I just work hard all my life and I just didn’t get old,” Kendrick shared. “The past was behind me, and I look to the future. I still do!”  Jen Balboa