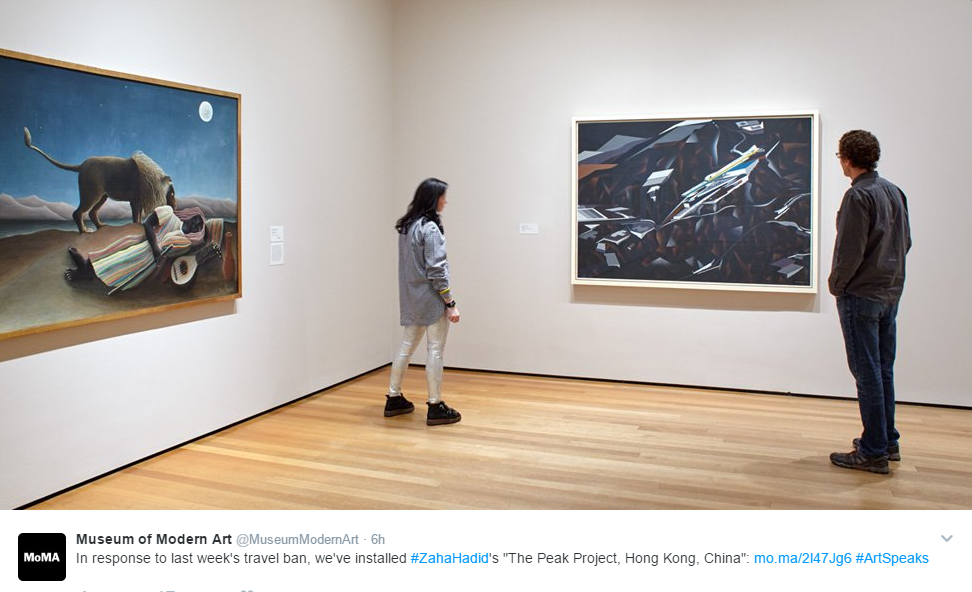 Syrian refugees have been banned indefinitely.

The museum switched the artworks late Thursday in its fifth-floor galleries, which ordinarily are devoted to Western modernism before 1945. The changes were reported by The New York Times and confirmed by the museum.

The museum also placed a large sculpture of aluminum and steel by Siah Armajani, a US artist who was born in Iran, in a lobby courtyard.

The museum has scheduled screenings of films from people subject to the ban, including the Iraqi-born German director Kais al-Zubaidi and Oussama Mohammad, a Syrian filmmaker living in France.

Founded in 1929, the museum is one of the world’s premier modern art museums.

A gateway for immigrants into America for centuries, New York has staged multiple protests since the travel ban came into effect last Friday.

Hollywood actor-turned-activist Shia LaBeouf has collaborated with two artists on a live-stream protest outside New York’s Museum of the Moving Image, which he vows will continue for the duration of Trump’s time in office.