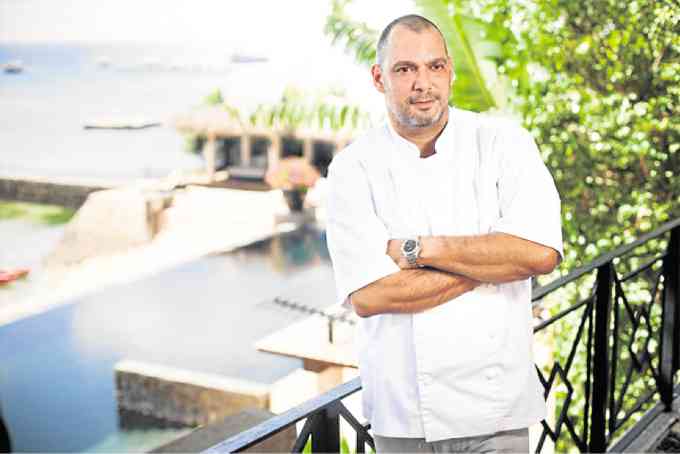 It’s been over 10 years since restaurateur and chef Jason Hyatt opened his Condé Nast award-winning Abacá Boutique Resort and Restaurant in Mactan, and his restaurant empire is growing faster than ever.

More than the good food and great service his establishments, collectively known as The Abacá Group, are known for, Jason is recognized for his ability to come up with concepts, refine them and quickly adapt them to what his market wants.

When he opened Abacá restaurant in the resort, naysayers said he wouldn’t last more than six months; opening a pricey restaurant with no air-conditioning an hour away from the city was a recipe for disaster, he was told.

He thought otherwise, and when he opened one new concept after another, he proved himself as this American guy who knew what Cebuanos wanted before even Cebuanos did.

Red Lizard Taqueria, The Abacá Group’s 11th branch in Cebu, and 8th concept restaurant, is the group’s most playful one to date.

The 70 square meter-restaurant brings out the fun in dining with eye-popping comic-book-comes-to-life illustrations throughout the restaurant’s interiors and packaging.

The illustrations are about Red Lizard, an undefeated legendary Mexican wrestler or luchador with a 35-year winning streak, and his list of adversarios and criminales.

Unlike the other Abacá Group restaurants, Red Lizard is not a tableside service restaurant, which means you order at the counter, your food is cooked to order, and it’s either brought to you or you’re called up to the counter to get your food.

“We put a lot of work into this concept. We wanted to do something palatable to Filipinos and locals but not too far removed from what you would get from a taco shop in LA. So far, the reception has been overwhelmingly good, and a lot of people have commented that it’s not that expensive.”

Red Lizard’s service may be speedy, but, according to Jason, your food will still be carefully prepared and made only with premium ingredients—faithful to what many have come to expect of the group’s restaurants.

The Red Lizard menu is a mix of Mexican favorites such as hard and soft shell tacos, taquitos, macho nachos and gigantic burritos. A not-to-miss item on the menu is the Arroz a la Plancha—Mexican-style fried rice cooked with chorizo sausage and a fried egg.

Pitchers of mojitos and margaritas are available, as well as local and imported beers, which wash the rich flavors down really well.

“By far, our best sellers are our burritos. We’ve only been open a few weeks but we’ve been serving over 80 burritos a day. My favorite is the El Americano burrito, which has taco-seasoned beef, queso fundido and smoky beans. It’s amazing,” says Jason.

Why Red Lizard, since he already has a Mexican restaurant, Maya?

“We felt like we needed a fast casual vehicle to add to the roster of restaurants in our group,” he says.

“We now have five confirmed spaces for Red Lizard in Cebu, three in the city and two in Mactan, which we are all opening within the year,” he adds.

The biggest will be a 150-sqm, 90-seat space on the fourth floor of Ayala Center Cebu.

“This year is, and will continue to be, our busiest year by far. We are also opening a Phat Pho in Ayala Cebu by the end of February. By the beginning of the second quarter, we will open two  more ABC’s, 1 in TGU Tower in IT Park, and the second at Filinvest Cyberzone also in IT Park next to Red Lizard.”

The Abacá Group team has grown, too. From just three people when it started—Jason, his wife Anna and group managing director Glenn Ylanan—to now almost 300 people overseeing everything from front to back operations, from concept to execution.