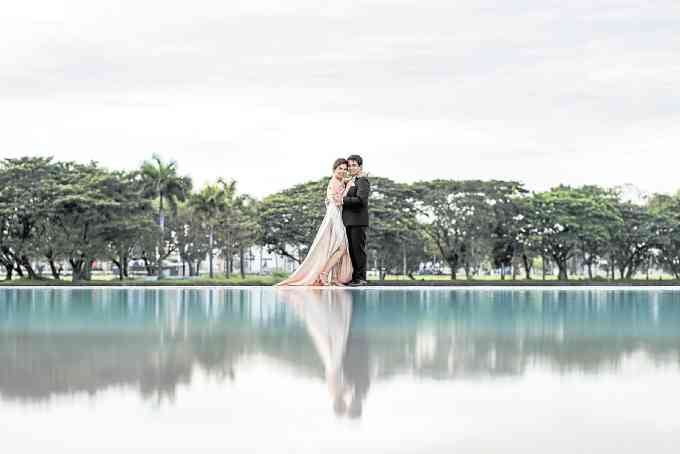 In 1995, Armand Castro was 9 years old when he met Gail Cowper, then 7, at Villa San Miguel during the birthday celebration of Jaime Cardinal Sin.

After that they would usually see each other, especially at Edsa Shrine where they both served as lectors during Mass, and as members of a children’s prayer group.

While Armand’s attraction for Gail grew, she regarded him as mere acquaintance, a friend at best.

When Armand moved to New York, he thought that was the end of this childhood fancy.

But when Gail decided to study Journalism at New York University, a relationship was reborn. Life in the Big Apple captivated Gail, and so did the company of Armand.

After her studies, Gail came home but distance was no hindrance for Armand.

After two years, Armand made the big decision to return to Manila in serious pursuit of Gail. Soon the couple got engaged.