Drawing Danilo Franco, ‘the best fashion illustrator the country has ever had’ | Inquirer Lifestyle ❮ ❯ 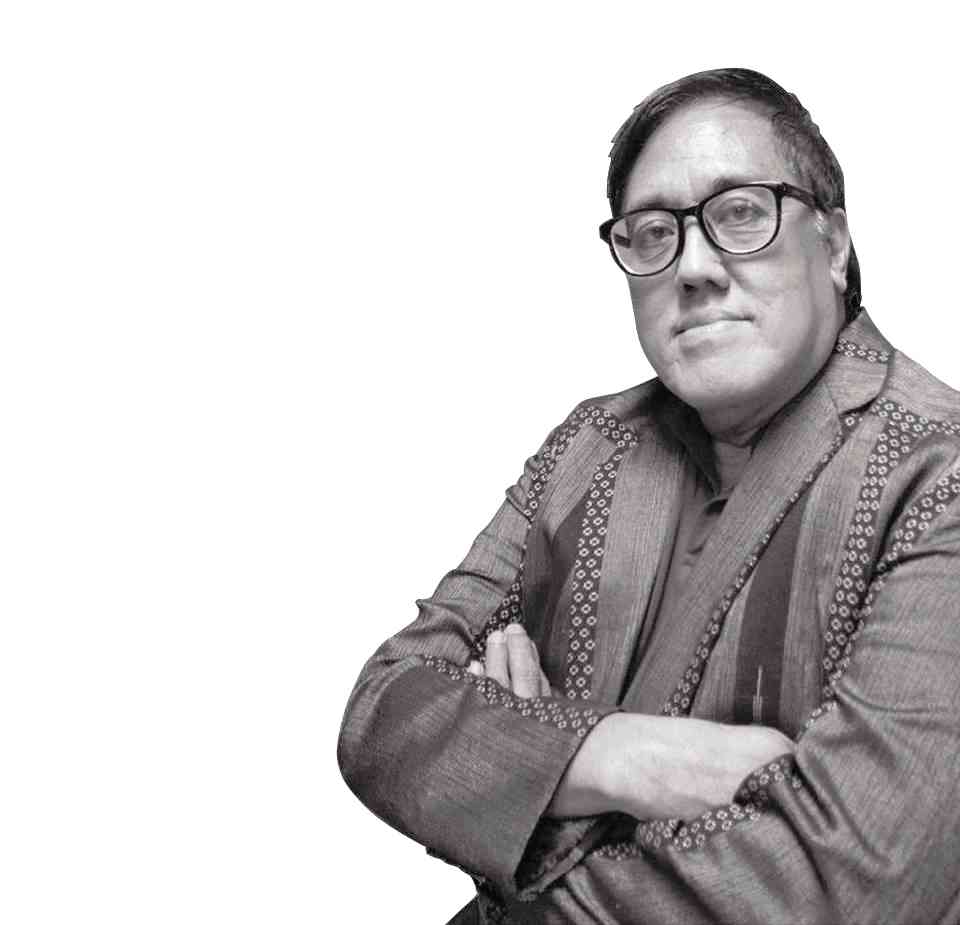 Drawing Danilo Franco, ‘the best fashion illustrator the country has ever had’ 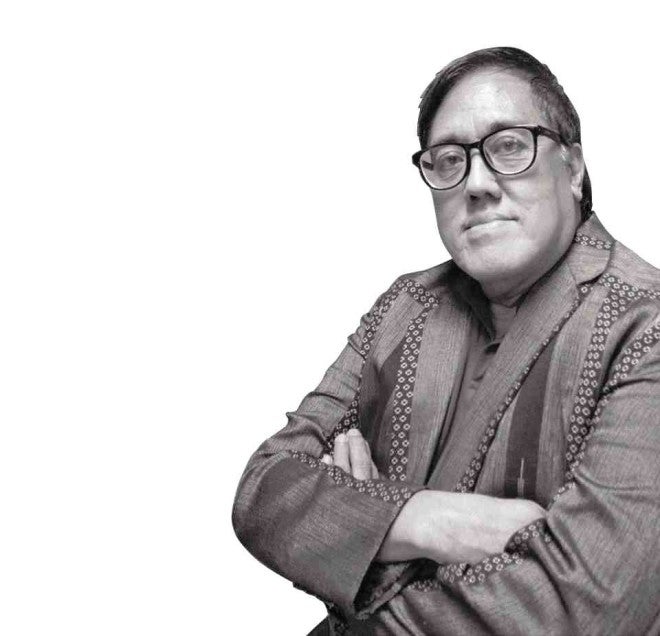 Like reality and romance, fashion is about life, people, and capturing beauty in a moment of time. Without that, everything else would be an aberration, a burden and a deep, dark mystery.”

This quote from a chapter on fashion that I had written for a coffee-table book might as well have referred to the life and art of Danilo Franco.

Song diva Dulce Amor recalls that tragic day, a few days ago: “He was in great pain because of a swollen knee. Aside from the intense physical pain, I sensed that Danilo was also undergoing some sadness, maybe even depressed, about some recent negative remarks on social media about Miss Universe Canada, and possibly, too, about the gown that he had created for her to wear in the Miss Universe fashion show at the Conrad Hotel last Jan. 23.

“Everything happened so fast. After the fluids were drained from his swollen knee at UST (University of Santo Tomas) clinic, Danilo complained that he couldn’t breathe and was rushed to the emergency room. Cardiac arrest followed the asthma attack, and he was comatose. Doctors tried several times to revive him.

“I asked his brother to hold the phone next to Danilo’s ear and I kept hoping he could still hear me say, ‘Wake up, Danny, wake up! In Jesus’ name, wake up!,’” says Dulce.

But Danny was already gone.

Danilo Franco and I were second cousins, our fathers being first cousins. I realized this only when we both began our careers in fashion in the late ’70s.

At the old Daily Express office in the Intramuros area, I would see him drying out his hand-painted fabrics with a hair dryer each time I dropped off some press release materials for the Fashion Designers’ Association of the Philippines (FDAP).

Somewhat like me, Danilo was prone to being reserved, quiet and observant, speaking only when asked about something. He also had a distant, meditative look about him, as if pondering  a deep, dark mystery or sensing something not visible to the eye.

And like most sensitive, creative artists I know, there was always a certain sadness about him, which ordinary mortals wouldn’t understand.

So often we would bump into each other at Malate Church, at Café Adriatico or Aristocrat late at night.

Danilo’s works spoke volumes, louder and better than words. His hand-painted designs actually inspired me through the years to create my own batik hand-painting and even photo-silk screening on jusi fabrics.

He was supportive of the FDAP when I was elected president in the mid-’80s, and he produced beautiful artworks.

In 1986, Danilo designed the poster for my very first barong Tagalog exhibit at Ayala Museum in Makati.

Gang Gomez, now known as the Benedictine monk Dom Martin, says: “Danilo had a truly generous heart. He used his gift for fashion illustration to help highlight the works of other fashion designers, mine included. That is a very rare trait in the highly competitive world of fashion. And only a truly generous heart is capable of that.”

Runway diva Bessie Badilla recalls her Hyatt modeling days with Danilo: “I was lucky to be part of his very first luncheon fashion show at Hyatt La Concha. I will never forget two numbers in that collection.

“First, the opening number where we all came out wearing T-shirts hand-painted with our portraits. Then toward the finale, four girls came out in hand-painted kaftans and stood in one line on the ramp; they opened their kaftans to reveal one huge mural depicting the four seasons.

“Danilo was truly a gifted designer. He was not aware of how great he was, and how he was admired by his peers for his talent, kindness and generosity. The Philippine fashion industry has lost a good friend.”

Life, love and art figured most in Danilo’s life, says his colleague at School of Fashion and Arts (Sofa), Richard Papa. “Over Starbucks coffee, Sir Dan, as he was fondly called in school, and I would share funny things on Facebook. We both retired from doing made-to-measure clothes and focused on teaching. Danilo also wanted to pursue painting again, but fashion was always in his blood.”

“Danilo Franco had a unique style of his own,” Christian Espiritu says. “From what I gather, his early background in drawing for comic books helped a lot in developing his accuracy for details in his fashion illustrations.”

“Danilo was one of the best fashion illustrators ever,” Rajo Laurel says. “I used to collect magazines with his illustrations and diligently try to emulate his sketches, because they were all so beautiful. He also made gowns for my mother and family members, and I would accompany them to fittings. He was always kind and generous. I will always remember him as a quiet man with tremendous talent.”

“In fact, his talent is of international caliber,” Cary Santiago says. “He was the best fashion illustrator the country has ever had. He will be missed, but his works will continue to be cherished in the years to come.”

Cesar Gaupo says he will always remember Danilo Franco as “a Filipino designer who was true to his craft and creativity. I would always admire his skills in illustrating and his strong sense of color and craftsmanship. I will truly miss him.”

“He never said anything bad about anybody,” Eddie Baddeo says. “I feel lucky that we had time together over dinner during the Miss Universe fashion show at Conrad Hotel. I will always remember his tranquility and tenderness.”

Playwright, director and writer Floy Quintos says, “Danilo was proof that genius need not be temperamental or unpredictable. He was always respectful, kind, considerate and gentle. He had a soft spot for performers and singers. He would collaborate with Dulce, The Company, Reuben Laurente, on costumes for their acts. I had the pleasure of working with him in a few productions. He would always ask about the sequence, the song number, the staging, and also factor in my inputs into his designs. I thought that that was very professional of him.”

Designer Eric Pineda recalls, “I was still in college when actress Susan Valdez arranged for me to meet her designer, Danilo Franco, then the art director of Philippine Daily Express. Upon arriving at the office in the old Port Area, I saw him working on a jusi panel, stretched across his work area, with an old hair dryer and paint brushes. He was painting birds and fauna, free hand! All these while attending to his desk work laying out the paper’s Sunday magazine. Talk about multitasking in the ’80s!

“Then Bessie Badilla arrived; she was leaving for Europe, and Danilo handed her a breathtaking hand-painted jusi ensemble. That began my life-long awe and admiration for Danilo Franco. Fare thee well, dearest Danny.” —Contributed