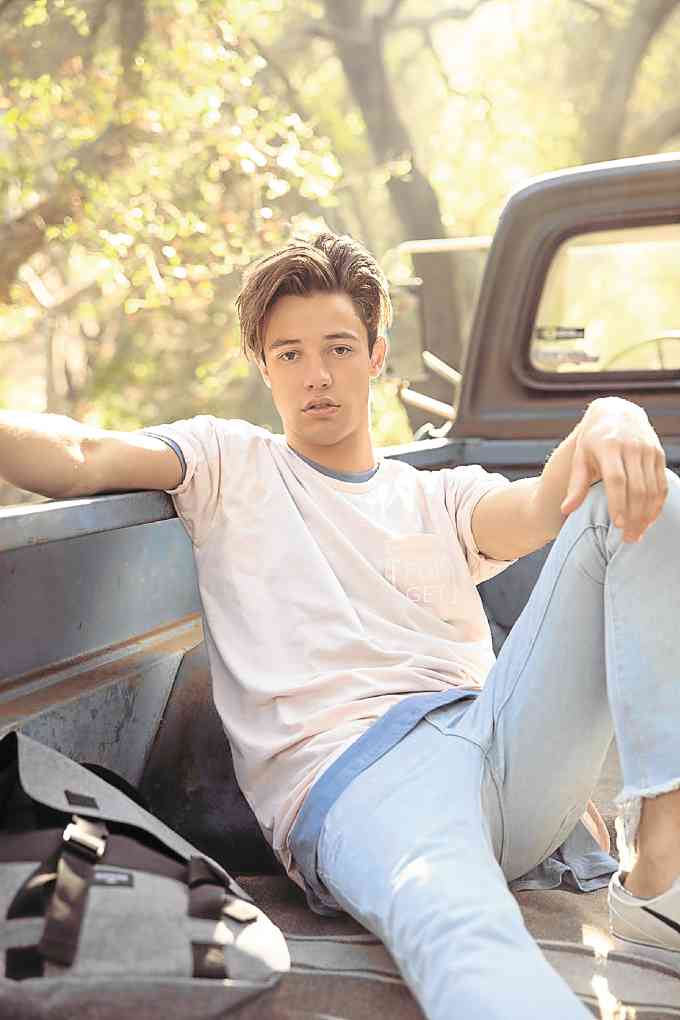 Catching up with Cameron Dallas Cameron Dallas was just 17 years old when he began posting pranks on Vine in 2012. Since then, he has had over two billion loops, making his account one of the most followed ones.

Vine may have shut down as a platform and has transitioned into Vine Camera but Cameron continues his reign as social media royalty. He just won the People’s Choice Award for Best Social Media Star a few weeks ago. And the numbers speak for themselves: He has 9.8 million followers on Twitter, 17.8 million on Instagram, over 5.3 million subscribers on YouTube and over 3.7 million likes on Facebook.

But this social media star is also out to conquer the world of fashion and entertainment.

He has two movies under his belt (“Expelled” and “The Outfield”), a single and a Netflix show that launched in December, “Chasing Cameron.” He signed with IMG Models and has done campaigns for Dolce & Gabbana and Calvin Klein. Now, he joins models Gigi Hadid, Lucky Blue Smith, Kendall Jenner and Sean O’Pry and Asian superstars Sandara Park and Mario Maurer as the newest Penshoppe ambassador.

“Cameron is one of the most relevant figures of today. As a social media rock star, he inspires and entertains people. He’s young, relatable and has a good sense of style and that makes him perfect for Penshoppe,” said Jeff Bascon, brand director for Penshoppe.

Cameron’s campaign shoot was shot by John Russo in Topanga, California, with Cameron wearing pieces from Penshoppe’s Summer collection. The clothes will be available in stores this month. “We are offering an array of easy fashion pieces that people can just mix and match. Statement pieces would be the light-colored pants, printed tops, shorts and salmon jacket.”

That salmon jacket was Cameron’s favorite from the shoot. “That’s why I have it on. I really like it,” Cameron said.

Despite the cold, it was a fun shoot, Jeff said. “Cam was sociable. He made it a point to reach out to people and made everyone feel comfortable. He brought energy to the set. I remember us just vibing to some RnB and hip-hop music during the shoot.”

Does Cameron’s Penshoppe campaign mean we will be seeing him in the Philippines soon? Yes, both Jeff and Cam said. “I have to go there,” Cam said. 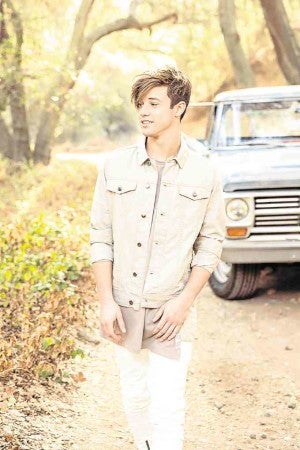 “I can’t wait for everyone to meet him,” Jeff said.

Penshoppe has a lot of surprises in store for fans this year, starting with the opening of The Penshoppe Capital at UP Town Center on Feb. 10. “It’s the biggest flagship store showcasing our new design concept,” said Jeff. “We want the fans to know that we are very appreciative of the support they’ve been showing Penshoppe. This year, we want to give them more reasons to support us. With the activities lined up this year, they’ll be happy for sure.”

Super: Why did you say yes to Penshoppe?

Cameron: The thing I like about the brand is that I would actually wear all of their clothes and I got the chance to take some of the clothes home. I’ll probably take them all.

Super: How was the shoot?

Cameron: The shoot today was awesome. Everyone on the set was so inviting and so welcoming. It was so fun. I got to go on a Harley. I got to put on some dope boardshorts, I’m obsessed with boardshorts, I’m from California. The whole scenery and the vibe of the shoot… everything was like to the tee, great.

Super: Do you have favorite pieces from the collection?

Cameron: One of my favorite pieces is this pink jacket, that’s why I have it on. I really like it.

Super: How does it feel to have more than 2 billion loops on Vine? Did you think this was going to happen when you were starting?

Cameron: It was really early in the game, I think I was 17 and me and my friend… I flew to Omaha, Nebraska and we ended up going to Walmart and it was around Halloween. Me and him, we climbed up and we fell into this.. you know those big things that hold all those bouncy balls? It was full of those pumpkin buckets… We dove into a pile of those and then ran out. 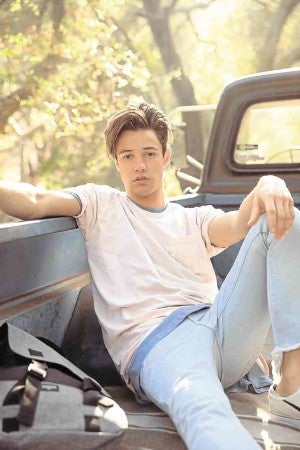 Super: Are you excited about “Chasing Cameron”? What can you tell us about it?

Cameron: Oh, I’m so stoked about “Chasing Cameron.” It’s basically following me and a bunch of other kids and kind of what’s going on with this generation and how social media is affecting not only everything that we do but everything in the traditional space and kind of educating people on what it is, how the millennials are leveraging it to make their own businesses and what the future looks like.

Super: How much fun do you have during MagCon? Will MagCon ever make a stop in the Philippines?

Cameron: Doing MagCon is so fun because I get to spend quality time with the fans. On top of that, I get to perform, I get to hang with my best friends, it’s a great vibe. It’s one of the things that you have to be there to understand and I cannot wait to take it to the Philippines. We’re definitely going there.

Super: You’re also into acting. Do you have a dream role? And dream costars?

Cameron: I would love to be in a “Gladiator” movie with Russell Crowe.

Super: Do you have plans of pursuing music?

Cameron: I do have plans and I’m taking it slow, doing my thing.

Cameron: My personal style is very skater but now that I’m getting into fashion, I’m kind of incorporating fashion pieces into street wear.

Super: What are you passionate about?

Cameron: I’m really passionate about spending time with my family and friends.

Super: Do you ever Google yourself?

Cameron: I always lose my wallet. Sometimes when I try to buy something or if I need to get somewhere and they need to check my ID and I don’t have my license, I’d Google myself and show them that my age is really 22 on Google. Or I’d be like, ’Yo, ask Siri.” Because if you ask Siri how old is Cameron Dallas, it would say 22.

Super: How do you handle your millions of followers?

Cameron: First off, I’m grateful to have amazing fans and on top of that I have an amazing team that helps me fulfill all my duties as far as doing campaigns or posting content for my fans and giving back to them and making sure that I’m doing what I want to be doing. My team is awesome. My family and my friends and my fans, they really back me, they really support me.

Super: Does your Penshoppe campaign mean we might get to see you in the Philippines?

Cameron: Oh it means I’m going there for sure. That’s what it means. I have to go there.