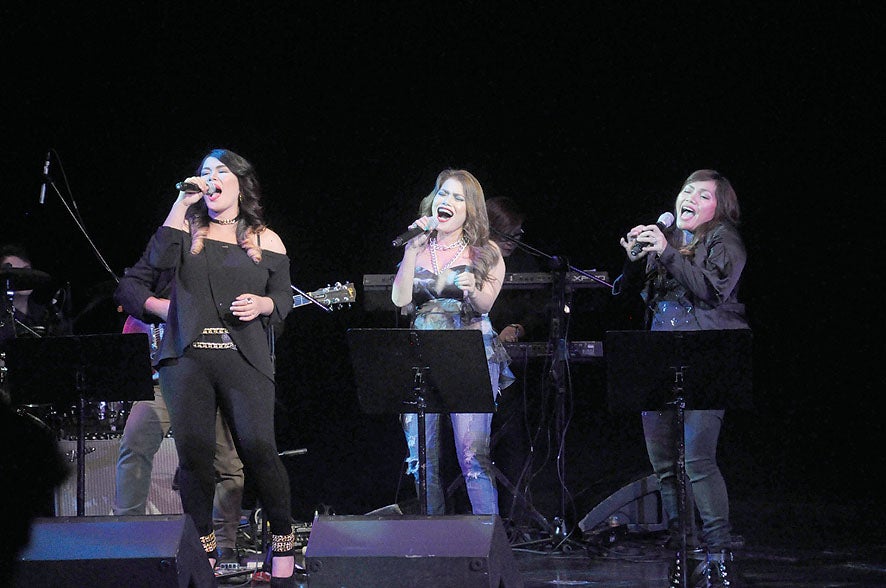 For music purists, the unthinkable will happen on Feb. 11 at Tanghalang Nicanor Abelardo (Main Theater) of the Cultural Center of the Philippines (CCP).

CCP president and acclaimed pianist, Raul Sunico, also dean of the University of Santo Tomas Conservatory of Music, will play the piano with veteran pop-rock band Aegis as one of the guest performers in a pre-Valentine’s Day concert, “Aegis in Symphony, Symphonic Aegis: The Repeat, Hugot Pa More!”

It is a repeat of the fund-raising concert presented by the CCP Complex Employees Organization on Nov. 13 last year, which had the Philippine Philharmonic Orchestra (PPO) playing with Aegis. It earned rave reviews and broke records in audience attendance for the PPO.

“Last year, Raul Sunico watched the show and he liked it a lot. He even requested a photo-op with the band. So now, he’s part of the repeat but I won’t give any details about what songs he’ll play with Aegis. Surprise na lang,” said concert director Ariel Yonzon, who conceptualized the show with PPO resident conductor Herminigildo Ranera.

The “hugot” in the title has something to do with Valentine’s Day and Aegis.

“Hugot,” loosely translated as “pulling out,” has been given new meanings, like “drawing emotions from” or any of those witty lines on love and romance.

“Halik” has a classical arrangement that perfectly melds electric guitars and PPO’s string section, not drowning each other. What brought the house down was “Nessun Dorma” interpreted by the three lady singers of Aegis, the Sunot sisters Mercy, Juliet and Ken, with the PPO.

“We were nervous when we did that because it’s our first time to do classical music,” said Mercy. “We’re used to basagan ng boses, rak-rakrakan [rock songs that seemingly break vocal cords],” said Juliet.

For effortlessly hitting the high notes, the Sunot sisters were once described by Regine Velasquez as vocalists with bionic lungs.

“I love their honesty, humility and raw talent. From the start, they admitted they were not note readers. But they are excellent singers, very natural,” said Ranera.

With PPO, he said they were used to the preconcert tuning and conditioning.

“But with Aegis, at the drop of a hat, they are ready to perform. The PPO actually learned something from them,” he added.

Since it’s Valentine’s weekend, Yonzon said he divided the show in three parts. “First is para sa mga sawi, may pinagdadaanan [broken-hearted, those going through rough times]. Second is for those in love, floating on cloud nine. Third is sa mga iibig pang muli, para sa umaasa [those who hope to love again, or still longing for someone],” Yonzon said. —CONTRIBUTED