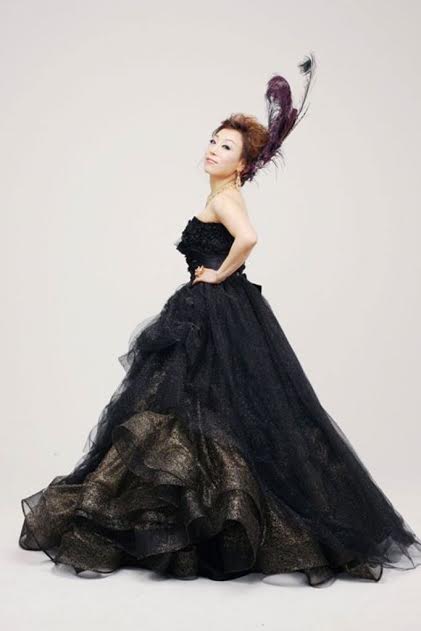 Although her world tour last year to mark her 30th anniversary as a professional singer was meant to pay tribute to Maria Callas on the latter’s 40th death year, South Korea’s opera superstar Sumi Jo does not think the Greek-American soprano can be “everyone’s role model.”

She said of Callas, “Maybe to me [she can be], but I do not admire the way she lived. I’ve learned what not to follow from her life story. Many years have passed. What audiences and fans want from you is quite different from the old days. These days, you’d rather be a comedian than a person who dies tragically.”

In an online interview with the Inquirer in time for her Feb. 7 concert at 8 p.m. in Meralco Theater, the Grammy award-winning Jo said the awards she had received in the vocal music field were stored well in her brother’s room. They are to be part of an exhibition space later after her career as a vocalist ends.

She categorized awards into two: “A true, meaningful award is the one that proves I have done a good job in the classical vocal field such as a competition prize or awards given to me for my contribution to music. The other type is for publicity. For example, the Academy Award is mostly not for my vocal ability but from a good combination of materials such as movies and music. I just add my vocal capability to express what a song is supposed to do for a movie. This kind of award is easily presented to people through television. I’m able to maintain my reputation before a general audience and give them something to enjoy.”

At the Oscar awards last year, she wasn’t able to sing the nominated “Simple Song No. 3” from the comedy-drama movie “Youth.” Asked if there was some bias against classical music, she answered, “I do not think it is a matter of bias. It was a pure American commercial approach toward the event. Television prefers to air something that draws many people—singers, comedians who are already known and songs that keep audience glued to the television since TV has to sell commercial advertisements. In that sense, six minutes of air time with a classical piece can be quite long time for the [Oscars]. I guess there was a big discussion about airing ‘Simple Song No. 3’ onstage. Finally, it was not approved.”

Jo is also known for her fantastic gowns and costume changes at her recitals and concerts. Asked where she got this sense of style and what criteria she uses in choosing a dress for a performance, she said, “I consider an event as a big show that needs handling. If the event is a concert, I have to design it to provide content for the audience and make them satisfied. To do that, I insert a few [things for] the audience to be happy. One of them is styling, if you put it that way. Styling comes from all the observations I make every day from everywhere, from magazines, show rooms to conversations with the makeup designer.

“Most important in styling is not the audience’s eye enjoyment. All the choices for the costume and makeup are related to flow of the songs. If the song expresses the death of a young woman, my costume is likely to be a white dress with red or blood-like color to emphasize the scene of the song.”

Her philanthropic side is widely known. She has a soft spot for orphaned children or children with special needs and abandoned animals. She said she regrets that “even though I travel to many cities and countries, in most cases I never get much time to enjoy the city unless I stay there for a long time. If I am engaged in an opera, then I get to stay in one city almost a month and have plenty of time to enjoy sight-seeing. Even in those cases, I use the time to visit as much as possible (certain places where) I can understand the difficulties of ordinary people.”

She modestly declared that it wasn’t for her to say if Manila could be a hub for classical vocal music despite her teaching a free masterclass for young vocal artists in her first visit here in 2014.

She said, “I cannot predict if Manila can be such a hub in the near future. Those ideas have to be discussed among the Filipinos. What I can say is that Filipinos are quite good singers overall. They love singing the way Koreans do. If anyone who is influential in culture in the government, he/she must consider that Manila should be a hub for classical vocal music and make that happen.”

She has almost overcome fits of nervousness before a show. Jo said, “Washing my clothes makes me calm, gives me moments to think about anything in my mind. This usually happens either evening after dinner or night time. Like most artists, I believe that it’s natural to be nervous to sing in front of a big audience. As you become more experienced, the burden of nervousness gets less. It becomes pure excitement. If you reach this level, you truly become an artist or an entertainer who can really enjoy the stage.” —CONTRIBUTED