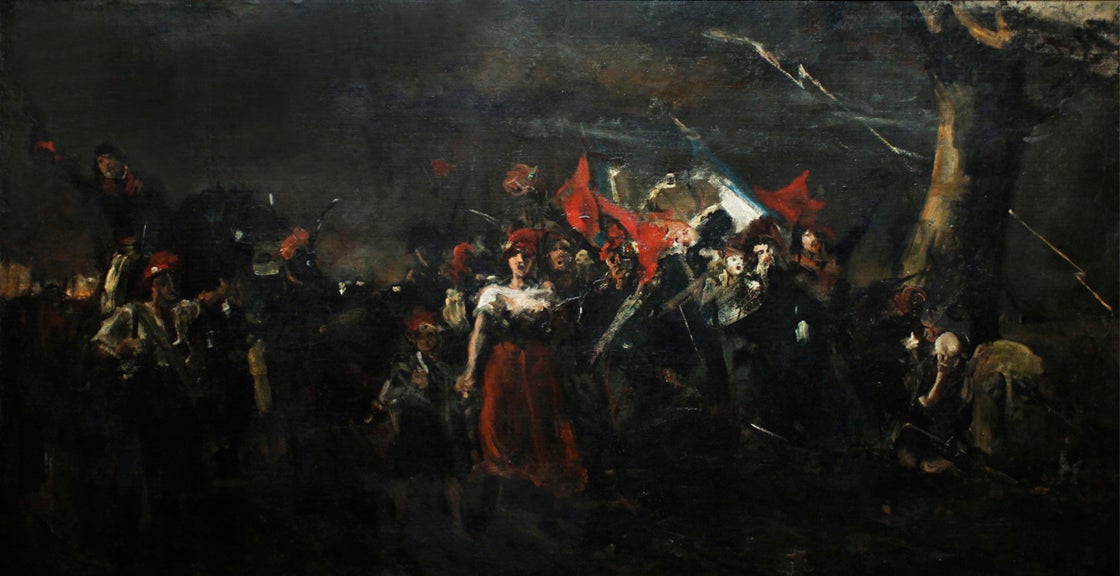 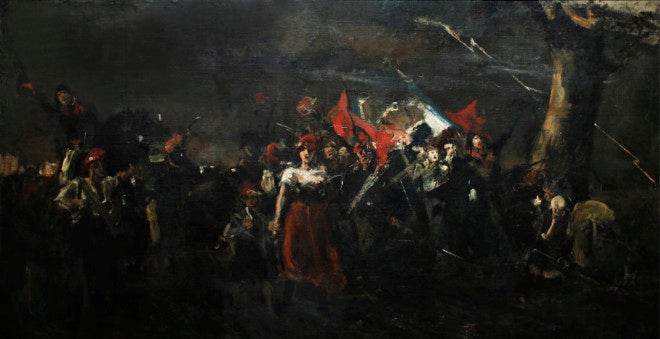 Initial bid: P8 million Provenance: Ramon J. Fernandez, mayor of Manila (1920-1923) and senator. Painted in Paris, “La Patria en Peligro” is all about recalling the weight of a glorious episode in an unnamed country’s history, apparently France and her revolution. 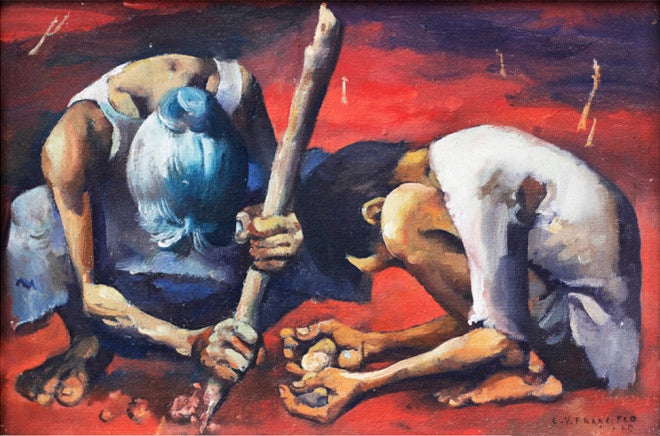 “Camote Diggers,” by Carlos “Botong” Francisco (1912-1969) Signed and dated 1969 (lower right) and titled and dedicated “to my friend Tony Kayanan, in admiration, Botong Francisco.” Initial bid: P 3 million This work is a study of Francisco’s 1969 “The Camote Eaters.” The gritty resolve behind depicting bent backs and scrawny arms working on the soil still reveals Botong’s grace of untutored ease. 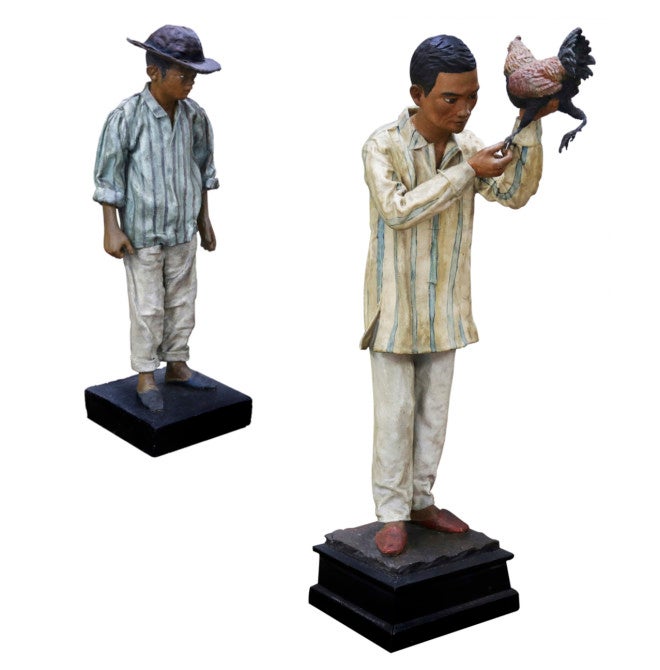 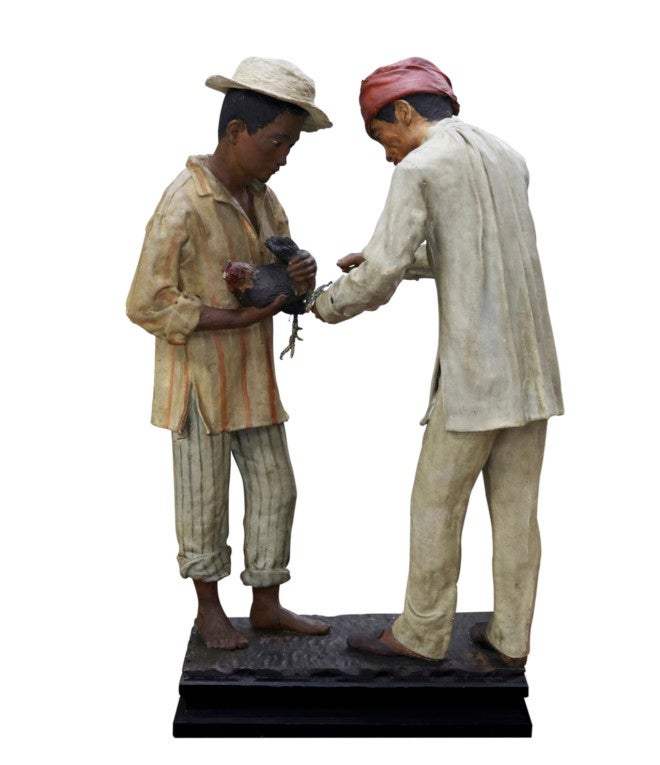 “Manila Gentleman” and “Sabongero,” by Lorenzo de Jesus (active 1880s) Initial bid: P 400,000 Lorenzo de Jesus, from Santa Cruz, Manila, was a member of the Sociedad de Escultores in the last quarter of the 19th century. Some of his works remain extant in the Museo Oriental de Valladolid and the Museo Anthropologica in Madrid. 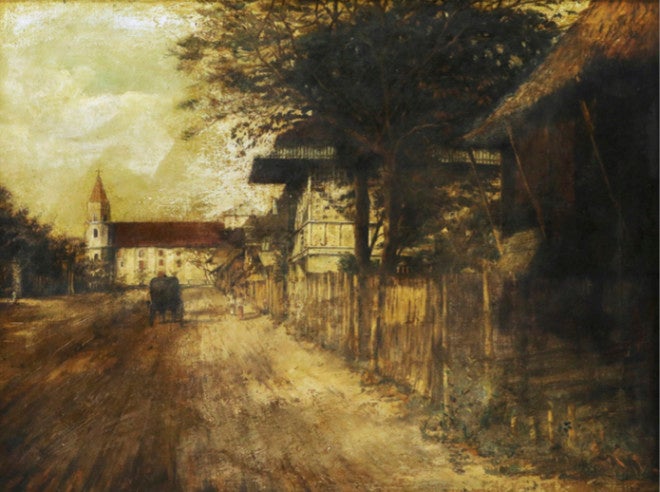 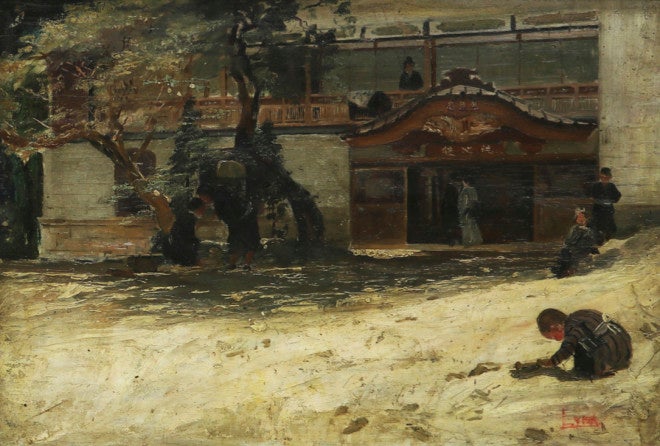 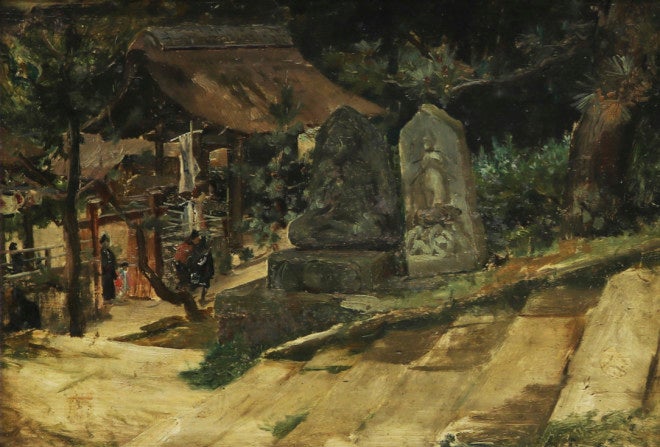 “Scenes of Everyday Life in Japan,” oil on wood, by Juan Luna Initial bid: P3.8 million Provenance: Claude Aguttes SAS (Hotel Drouot, Paris) These paintings display all the significant, post-1890 Salon era changes in Luna’s late works, a relatively long two decades after studying at the Escuela de Pintura at the Academia de Bellas Artes de San Fernando, Madrid. There is a brushstroke induced earthiness about them, especially in the foreground areas, which Luna achieved by a rougher handling of the paint. Both paintings show the great freedom with which Luna was handling paint during his final years. 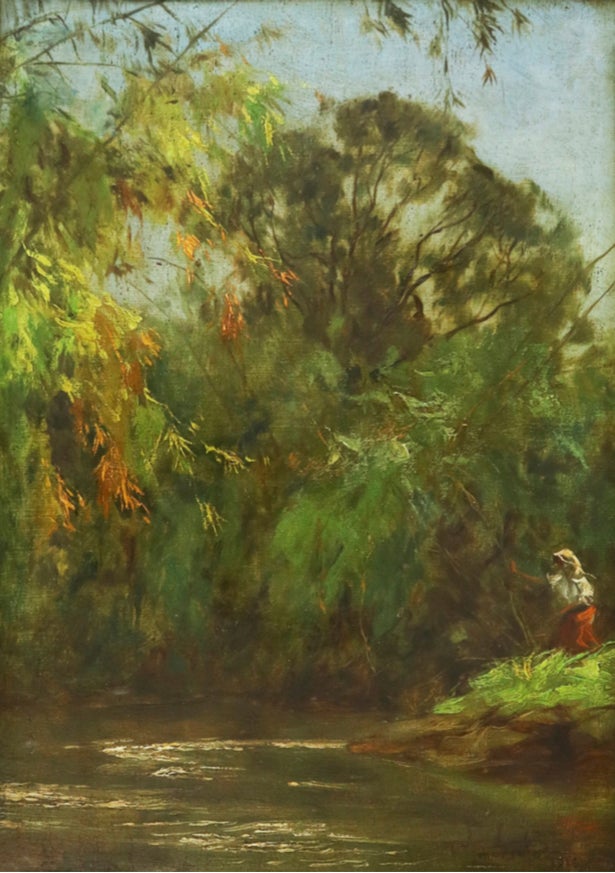 “By the River” Fernando Amorsolo (1892-1972) Initial bid: P 500,000 The thick, yet delicately willowy leaves contrast with the blue sky creating a convincing illusion of spatial depth and physicality. 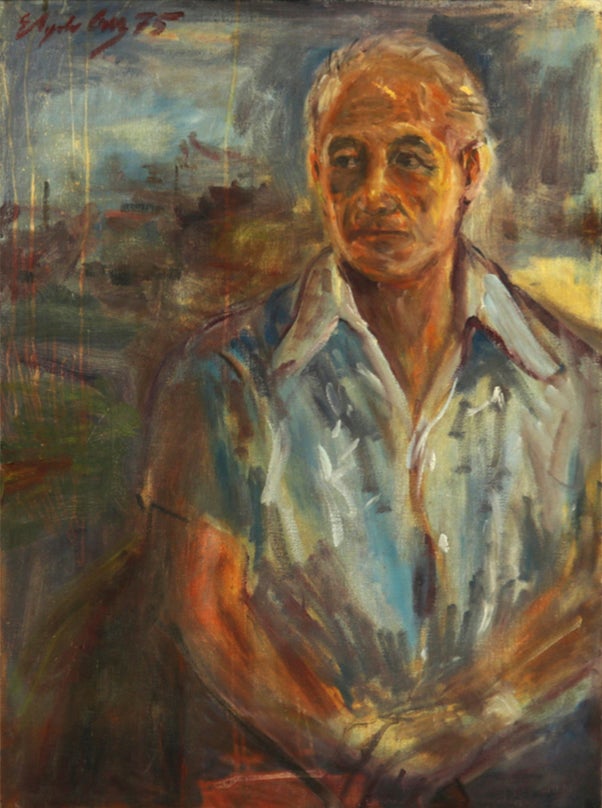 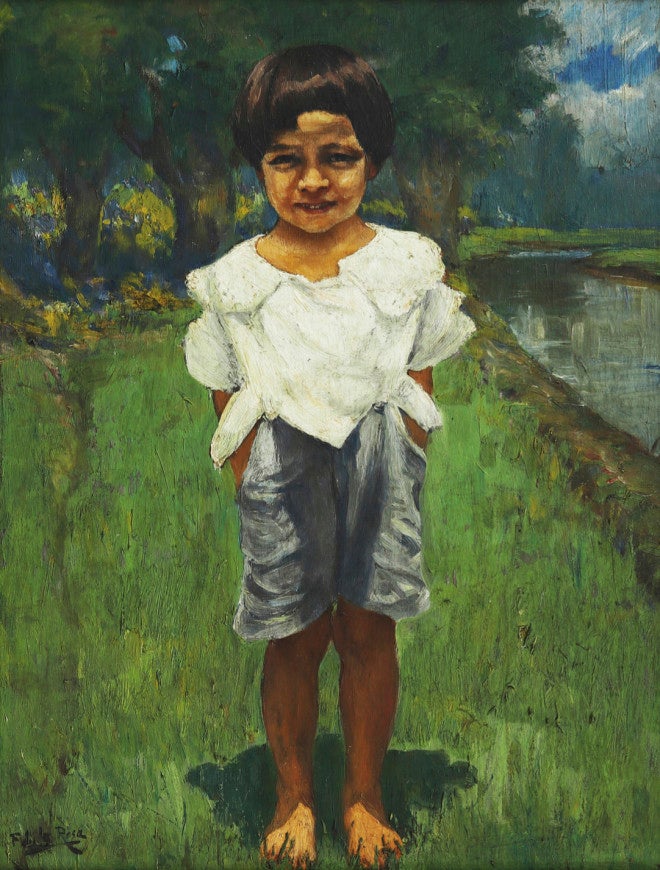 “A Lady in the Moonlight,” by Felix Resurreccion Hidalgo (1855-1913) Initial bid: P6 million Beautiful, aristocratic, yet demure, this superb portrait, a relatively simple composition, demonstrates why Hidalgo was a great portraitist of his generation—and of several generations to come. 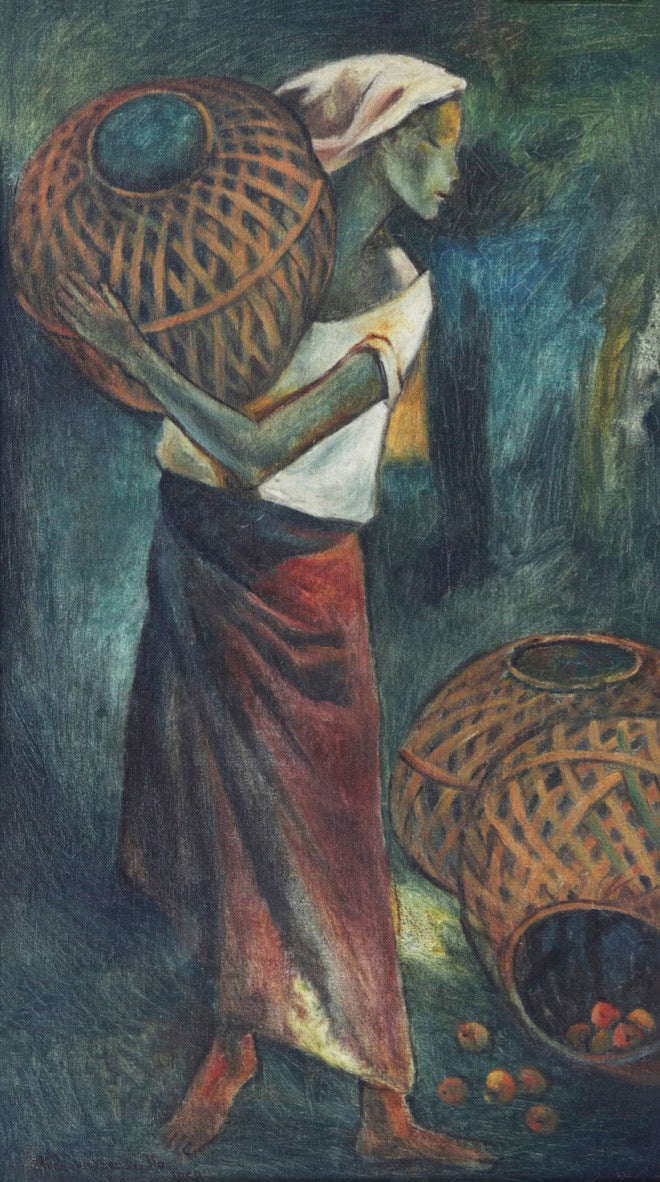 We are used to Magsaysay-Ho painting her women in groups or in multiples of threes. Invariably, the subjects are busy performing a chore or some common interest, like feeding chickens, selling fish or gathering grain.

In many ways the lone young girl singularly represents a pageantry of people in, and the attendant colors of the marketplace.