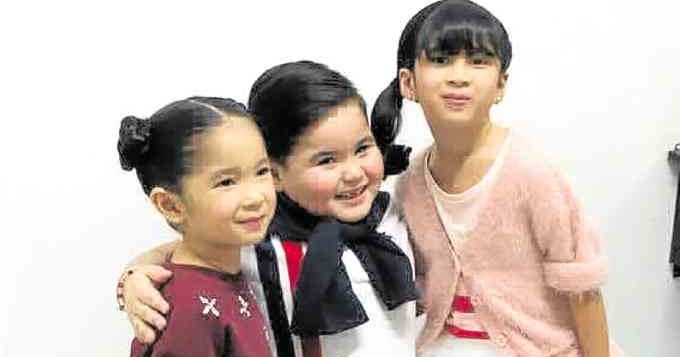 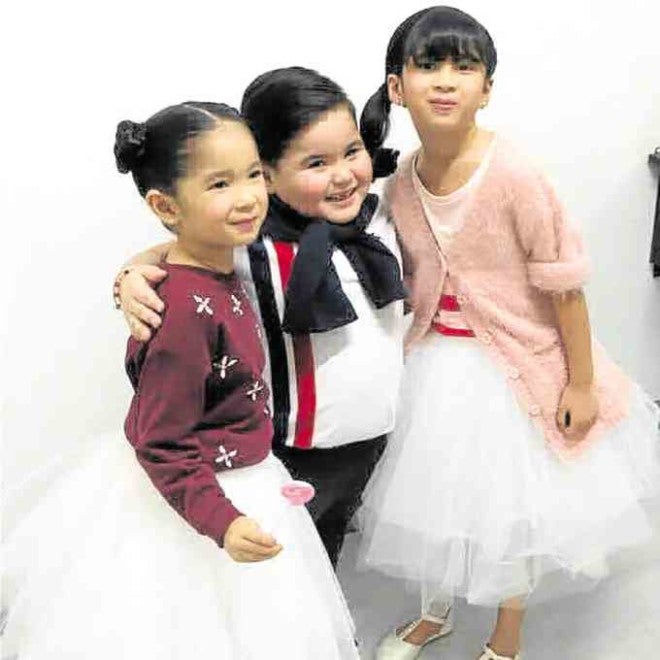 The party had balloons and sweet treats that made the kids genuinely happy.

But no one in the audience must have been happier than Charo Santos-Concio, former ABS-CBN president and now head of its content, one of the country’s influential women, and recently Best Actress.

Saturday afternoon, Santos-Concio was thrilled to watch the launch as the proud grandma of the Concio sisters.

Later on, she told Lifestyle, in a text message, how being a lola is truly a rewarding, even magical experience.

She watched as Julia and Talia sang onstage for the opening number. Charo said, “One is given the joy of seeing the beauty and innocence of a child… It’s pure fun… the simple pleasures of life.”

Aside from their singing skills, Julia and Talia’s knack for storytelling gives their grandma a big thrill. “I hope to make beautiful memories with them to last a lifetime,” Charo added.

Baste of “Eat Bulaga” fame was introduced as “Baby ng Bayan.” The chubby boy, who’s into airplanes, horror and fantasy movies, as well as zombie games, was everybody’s darling at the party.

Oozing with confidence in front of people, Baste delighted the crowd with his rendition of The Chainsmokers’ “Closer.”

Following some party games the kiddie guests had with the Concio sisters and Baste, the program culminated with Bench founder and CEO Ben Chan walking down the runway with the Baby Bench Cologne brand ambassadors, each of them receiving a large teddy bear as confetti rained onstage.