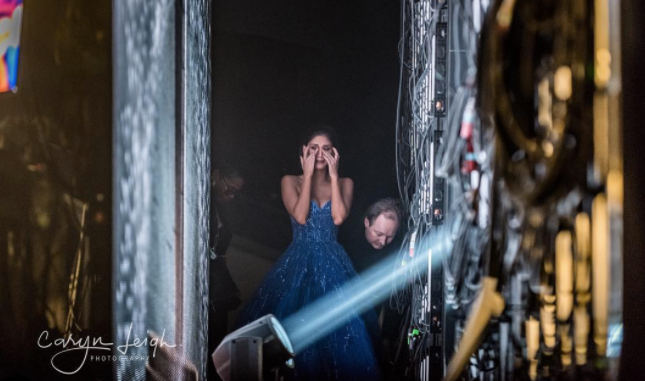 Unknown to many, Miss Universe 2015 Pia Alonzo Wurtzbach had an emotional moment before passing her crown to Iris Mittenaere of France during the recently concluded pageant in Manila.

New York-based photographer Caryn Leigh Posnansky shared a photo of Wurtzbach crying backstage moments before the coronation of the new Miss Universe last Jan. 31 at the Mall of Asia Arena.

“My favorite backstage Miss Universe moment, Pia getting choked up before passing on the crown,” Posnansky wrote on Instagram.

The photo has garnered more than 5,500 likes as of posting.

In another photo that went viral earlier, Wurtzbach was photographed hugging the country’s bet Maxine Medina on stage after the announcement of winner. Medina finished in the Top 6 of the competition.

Wurtzbach announced during the pageant that she had signed a contract with New York-based talent management firm International Management Group (IMG). YG/CBB