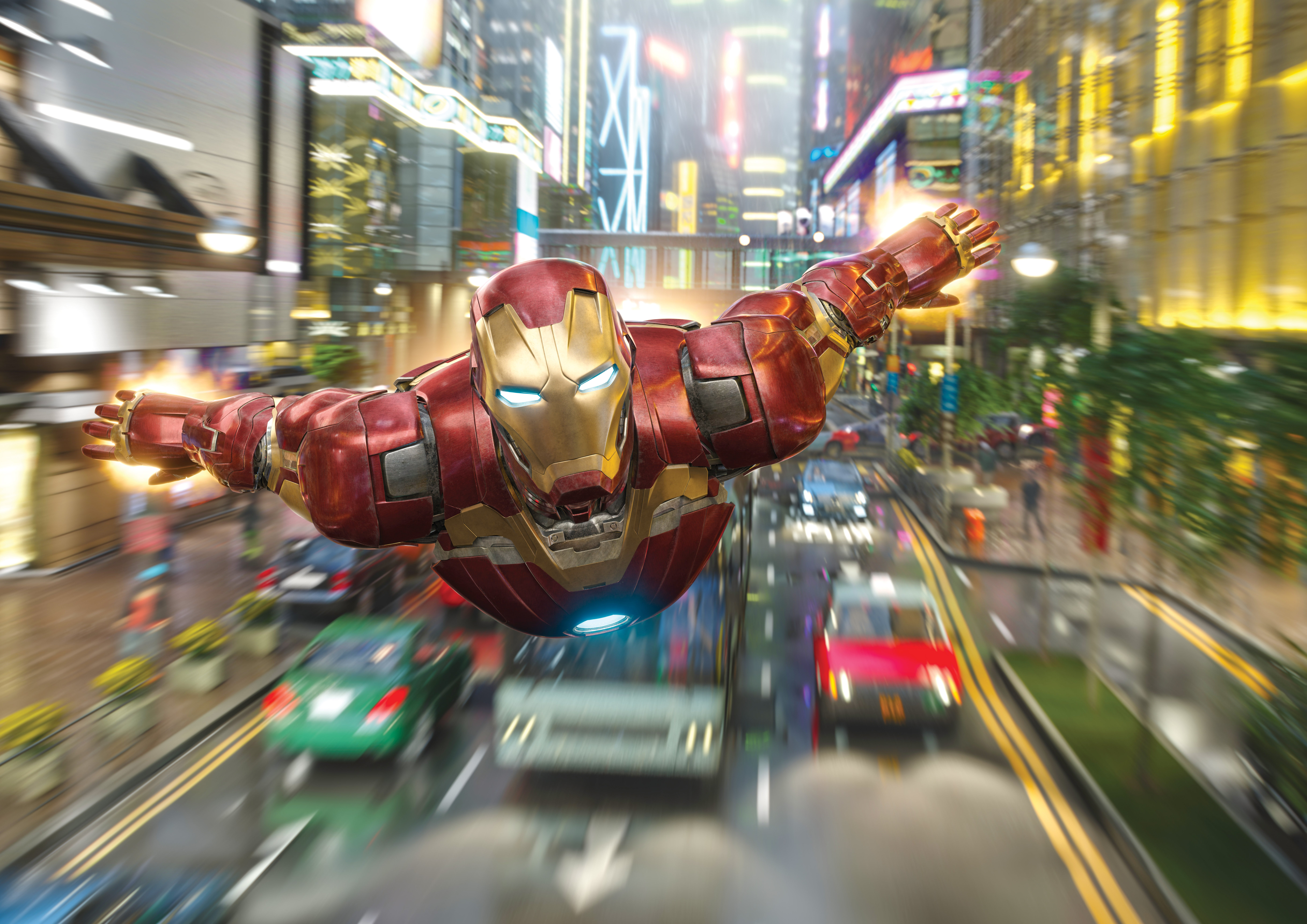 Emotions ran high as superhero Iron Man, a.k.a American billionaire and engineer Tony Stark, made his way through some of Hong Kong’s busiest streets and iconic landmarks, taking his genius and sophisticated devices right to his new home at Hong Kong Disneyland.

Every Disney park opens up to a world beyond imagination and limitless possibilities. Hong Kong Disneyland is taking its magic a notch higher, being the home of the first Marvel-themed ride called the “Iron Man Experience.” This latest addition to its family of attractions will surely unleash the child in everyone and make it an even more exciting destination for all park goers.

Bringing with him his inventions and weapons that are sure to make the world a safer place for its inhabitants, Iron Man made his grand debut at Hong Kong Disneyland’s Tomorrowland last January 10, much to the delight of fans who are all looking forward to share a moment with their hero in the iron suit.

The Iron Man Experience allows guests to immerse themselves in the colorful and action-packed life of the American business magnate. 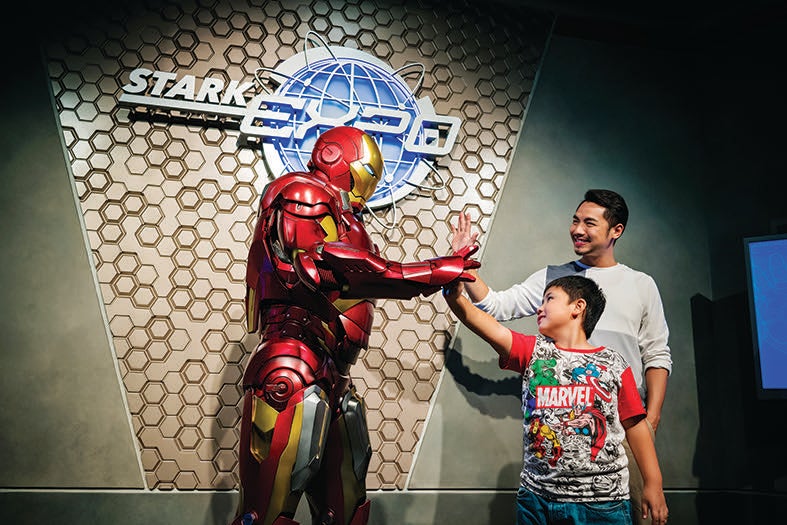 The journey starts as guests enter the Stark Expo where they can experience and examine first hand some of the sophisticated inventions created by Stark and his team to help make the world a much better and safer place to live in. Here, park goers will surely be fascinated by the highly impressive and amazing world of Stark Industries and learn more about the innovative ideas and technological advancements made by the man himself.

The various exhibition halls at the Iron Man Experience has put on display an array of marvelous creations. From a self-repairing glass, to a dynamic demonstration of the Hong Kong Stark Tower, currently the tallest and most sustainable building in the region, the Stark Expo is most definitely an interesting site to explore and uncover.

Currently there are four halls that guests can tour and look into while being assisted by JARVIS, Iron Man’s artificial intelligence user interface computer system. These are the Hall of Legacy–where the future began; the Hall of Protection–better living through technology; the Hall of Energy–empowering your future; and, the Hall of Mobility–soaring toward tomorrow.

And after guests have satisfyingly explored the different halls, they can now go to the Iron Man Tech Showcase as presented by Stark Industries. As guests are being welcomed by JARVIS, they will also have to undergo a security scanning procedure to ensure that the Expo is not infiltrated by members of the AIM, Hydra or the Ten Rings. Following the security check, guests will be given access and will be allowed to continue their journey.

A Stark Industries representative will welcome you to explain the secrets behind the Iron Man technology, spilling the beans specifically about the Iron Man chest armour, Iron Man gauntlet and Iron Man boot. As if all these weren’t enough to make one’s journey to Asia’s first and only Stark Expo truly exciting and memorable, Hong Kong Disneyland is allowing guests to get up close, “converse,” and have their photos taken with Iron Man himself-dressed in his brand new suit especially designed for the Tech Showcase. 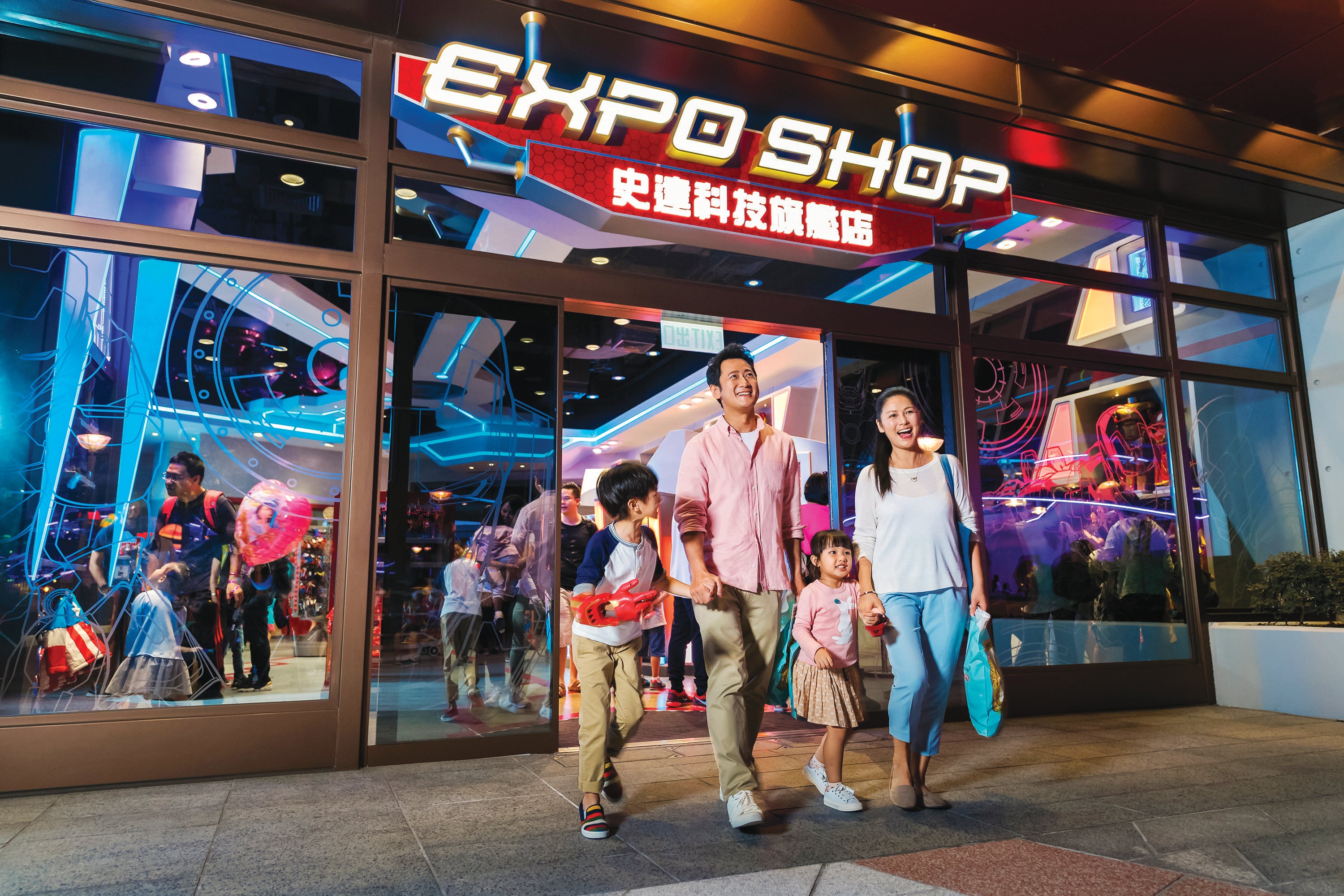 The fun-filled adventure, however, doesn’t stop at the halls and the Tech Showcase as there is also the Expo Shop. With unique finds and exclusive Iron Man pieces on offer, one can either start or further build up his or her own Stark Expo collection. Guests can also experience virtually being Iron Man himself here. 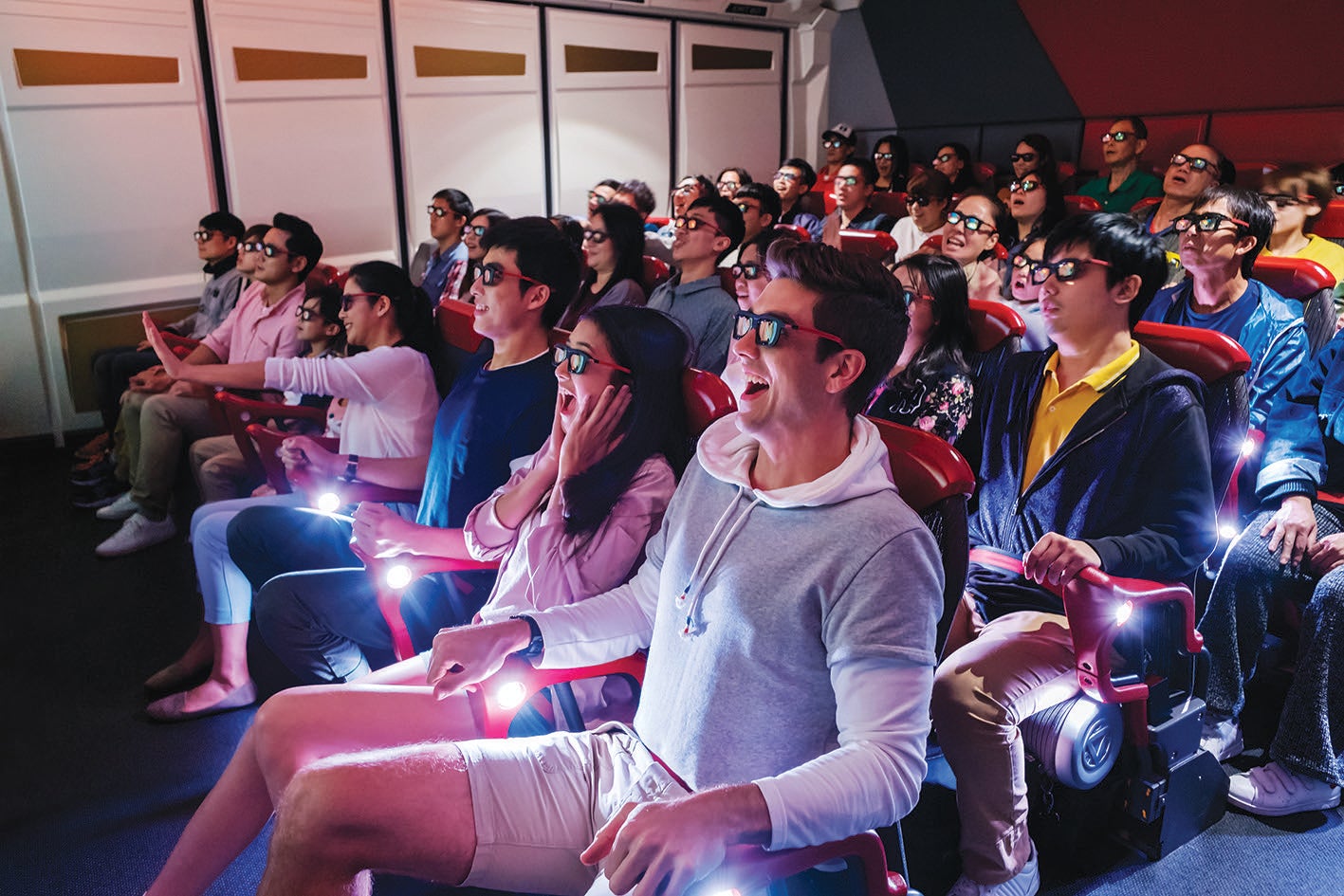 But the real scene stealer at the Iron Man Experience and a must try before you end your day would be the Iron Wing Mark VIII ride. Powered by the Iron Man technology, this impressively designed vehicle will let you fly alongside Iron Man himself. The Iron Wing is equipped with its own Arc Reactor, built with heavy duty armour and created with the latest and most modern state-of-the-art technology.

With the ever-reliable JARVIS as your pilot, the Iron Wing will take you on an aerial tour of the new Hong Kong Stark Tower and allow you to see some familiar and iconic landmarks of Hong Kong. Be warned: it’s not all fun and flight as you should come prepared to help Iron Man battle it out against the evil forces of Hydra.

Complete with multi-sensory motion experience featuring 3-D projection, surround sound, and other special effects, the ride would seamlessly immerse guests in the Marvel story of Iron Man’s battle with Hydra.

Created by a large team of imagineers from Hong Kong and around the world, this one-of-a-kind ride is a perfect showcase of what collaboration among international creative geniuses and the Marvel team can achieve to make one’s visit to the Disney Park even more exciting and engaging.

“We are always pushing the boundaries of creativity and innovation so that our guests can step into the magical worlds of their favorite stories and meet their most beloved characters,” said Bob Chapek, chairman of Walt Disney Parks and Resorts. “We’re thrilled to be adding the high-tech, action-packed universe of Marvel to Hong Kong Disneyland, and we’ll continue building on it as we move into the resort’s next phase of expansion.”