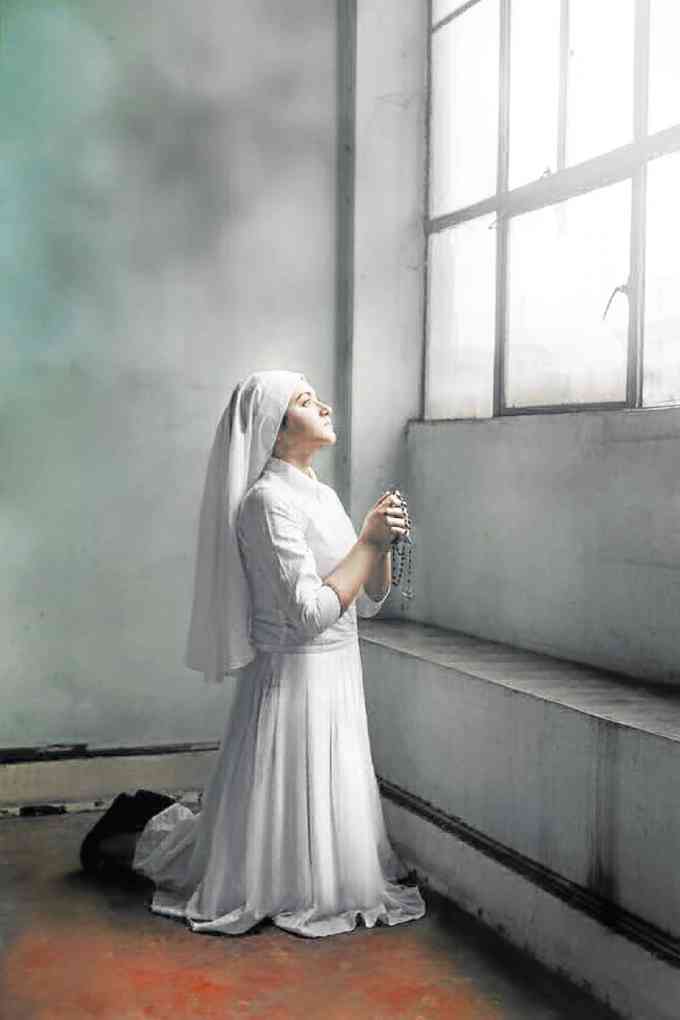 Meet Rep’s ‘Agnes of God’ and her ‘two boyfriends’

Repertory Philippines’ second production for its 50th anniversary is John Pielmeier’s “Agnes of God,” a play it had first staged in 1983 with Pinky Amador as Agnes, and Rep cofounders Zeneida “Bibot” Amador as the mother superior and Baby Barredo as the psychiatrist.

In “Agnes of God,” an atheist psychiatrist (to be played this time by Menchu Lauchengco-Yulo) clashes with the mother superior of a convent where a novice nun, Agnes, has gotten pregnant and given birth, with absolutely no recollection of how it had happened. Was it a virgin conception, as the mother superior believes, or is there a more rational explanation?

Pinky, who won the Aliw Award for Best Actress 34 years ago as Agnes, is now playing the mother superior.

Rebecca Coates, 19, has been cast as Agnes.

When she found out who she’d be acting with, “I came the closest thing there could be to a human explosion,” said Coates. “I was so excited. But it’s also very intimidating to work with your idols.”

But, after meeting the two veteran actresses, Coates discovered that “their incredible talent and experience come with equal amounts of kindness. They’re so accommodating and fun. I know I’ll learn tons just being in the same room.”

Coates debuted professionally in Resorts World Manila’s “The Sound of Music” and has been in Rep’s “Alice in Wonderland,” “Snow White” and “The Secret Garden.” Inquirer theater reviewer Vincen Yu praised her work as the alternate Dani in The Sandbox Collective’s “Dani Girl” as “wondrous.”

She shocked her mother when she auditioned for “Agnes.” Coates had to send in an audition video as she was abroad at the time. “I chose the part where there’s a lot of screaming and my mom rushed in freaking out!”

A freshman taking up Speech and Language Pathology at De La Salle Health Sciences Institute, Coates said her classes have helped her understand the mental health aspects of her character.

“My path in college is all about research, research, research. As rehabilitation professionals, we’re also required to observe the behavior of others to the point of understanding them fully. We’re taught that it’s important to be empathetic above anything else—a trait shared by actors.”

“Agnes is the deepest, most multilayered character I’ve yet encountered. I’m still trying to wrap my head around the incredible script. It’s going to be a fun challenge landing on the truth of it all,” she added.

Coates considers school and theater her “two boyfriends, always vying for my attention.

“One minute I’m applying makeup, performing and getting flowers. Next, I’m at an HIV seminar, or a truck of cadavers is blocking my way to class. I love the contrast. It keeps things really interesting.”—CONTRIBUTED  INQ