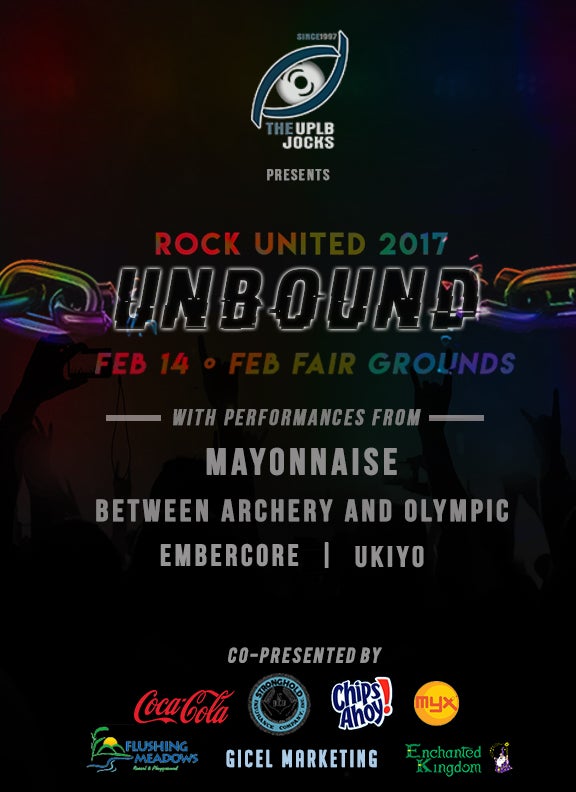 Catch Mayonnaise, Embercore, Between Archery and Olympic, and Ukiyo in a live and free concert on February 14 at the University of the Philippines Los Baños (UPLB) February Fair. The concert, made possible by the UPLB Jocks, is part of the organization’s event, “Rock United: Unbound.”
The UPLB Jocks is the premier media organization of UPLB. It is composed of radio- and broadcasting-trained students united in their love for music. Its “Rock United” concert is held every year at the UPLB February Fair.
Past fairs have seen the group bring in such bands as Penguin (2014), Moonstar88 (2015), Oh Flamingo (2016), and Never the Strangers (2016).
This year’s UPLB February Fair runs from February 14 to 18, 2017.
For more information, visit The UPLB Jocks on Facebook, Twitter, and Instagram, or contact 0915-624-4712.