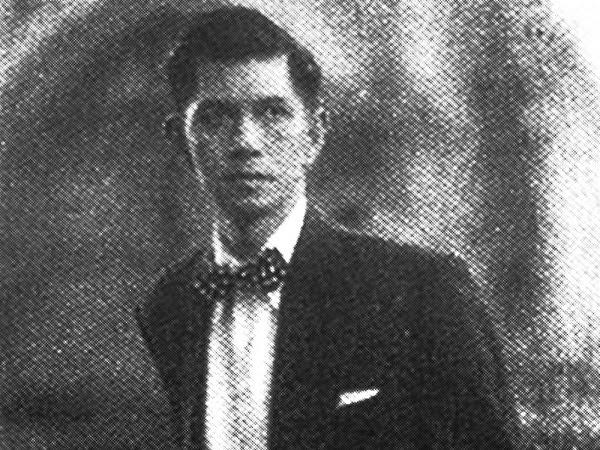 Portrait of the National Artist as a young man

The University of Santo Tomas (UST) through its newly established Research Center for Culture, Arts and Humanities (RCCAH) will hold a research colloquium in honor of National Artist for Literature Nick Joaquin on Feb. 14, 8 a.m.-5 p.m., at the Thomas Aquinas Research Complex auditorium, UST campus, Manila.

Titled “Portrait of a National Artist: The Nick Joaquin Centennial Commemorative Lectures and Panel Presentations on Cultural Studies,” the colloquium is held to commemorate the birth centennial of Joaquin (1917-2017). It will open with an address by Maribel G. Nonato, UST vice rector for research and innovation.

The Nick Joaquin Centennial Lecture, “Nick Joaquin: Magus and the Millennium,” will be delivered by multi-awarded fictionist and writer Charlson Ong.

Inquirer Arts & Books editor Lito Zulueta will deliver the commemorative lecture, “The Catholic Imagination in Nick Joaquin’s ‘The Woman Who Had Two Navels.’”

Panel presentations will be held in the afternoon.

The panel on “Popular Culture and Translation Studies” will be composed of Joyce Arriola, director of the UST-RCCAH, (“A Review of Received/Dominant/Western Film Adaptation Literatures, or the Possibilities for a Filipino Theory”); UST Department of Literature chair Joselito de los Reyes; and Chuckberry Pascual of the UST Faculty of Arts and Letters (“Pagsasalin Bilang Pagbabalik-bayan: Ang Pagsasalin sa ‘Ilustrado’ ni Miguel Syjuco”).

The panel on “Cultural Nationalism: “Musicians and Monuments” will consist of Ma. Alexandria Chua of the UST Conservatory of Music (“Emerging Nationalism: Early Music Compositions, and a Marginal Intellectual: A Study of the Piano Works of Julio Nakpil [1867-1960] during the Philippine Revolution”; Renato Lucas also of the UST Conservatory (“Musician as Nationalist: The Case of Felipe Padilla de Leon, Sr. [1912-1992])”; Manuel Maximo Noche of the UST College of Architecture (“Monumentos Filipinas: Monumentos Rizaliana-Southern Luzon”); Cecilia May Villanueva also of UST Architecture (“A Study on Multi-Sector Participation on Environmental Lighting and Acoustics: The Case of the City of Manila”).

The colloquium is open to the public.