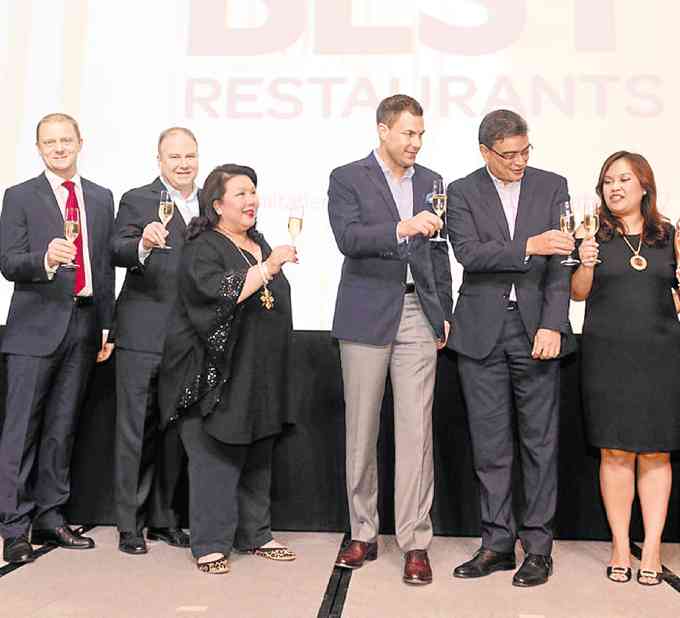 Let food be thy medicine

Mireio Terrace is a new, welcome addition to the restaurants at Raffles Makati.

Situated on the 10th floor, the dining place is an extension of its Provençal-inspired brasserie, Mireio, (pronounced mee-reyo) which is open 5 p.m.-12 a.m.

Toda also suggests pairing drinks of choice with delicious hors d’oeuvre and canapés. “From a classic trio of goat cheese, blue cheese and brie, turn to platter of charcuterie and terrines, then toasted country bread topped with foie gras while taking in the scenery of Makati’s cityscape.”

Kuya J, one of the fastest growing Filipino casual dining restaurants in the country, has opened its 60th branch on the second level of SM City East Ortigas.

“With this new branch, we bring our signature dishes and distinct service closer to customers in the eastern part of Metro Manila,” said Chang.

“Delicious and familiar Filipino dishes, combined with warm and efficient service, in convenient locations all over the metro has these elements that have undoubtedly propelled this humble eatery in Cebu, formerly known as Ang Kan-anan ni Kuya J,  into one of the fastest growing Filipino restaurant chains in the country,” added Chang.

The awarding ceremony, held at Bonifacio Hall of Shangri-La at the Fort, had the hotel’s general manager John Rice  pulling out all stops—with gastronomic pleasures delighting over 300 well-heeled guests.

Raging Bull resident mixologist Ulysse Jouanneaud  impressed us with his gin concoctions from behind the well-stocked bar.

The dessert display literally took the cake, wowing everyone with its special effects.

Heineken was in nonstop refill mode, which the beer drinkers in attendance more than appreciated.