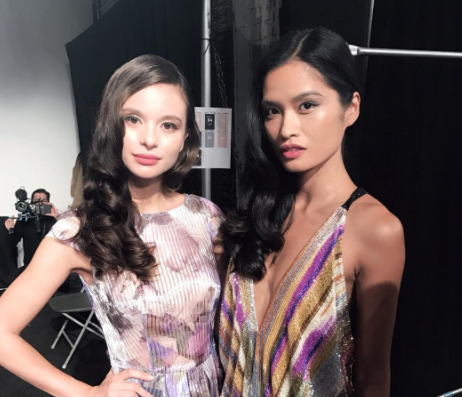 Miss Universe 2012 runner-up Janine Tugonon and Miss World Philippines 2014 Valerie Weigmann, who are both signed under MSA Models, participated in one of New York’s most sophisticated fashion events.

Tugonon sashayed down the runway for Malan Breton’s Fall-Winter ’17 and Denibi Fashion House’s line, while Weigmann, a Filipina-German who briefly co-hosted the noontime show “Eat Bulaga,” wore one of Ane Amour’s “Daughters of Artemis” collections.