‘‘Forever’ does not exist, only ‘till death do us part’’ | Inquirer Lifestyle ❮ ❯ 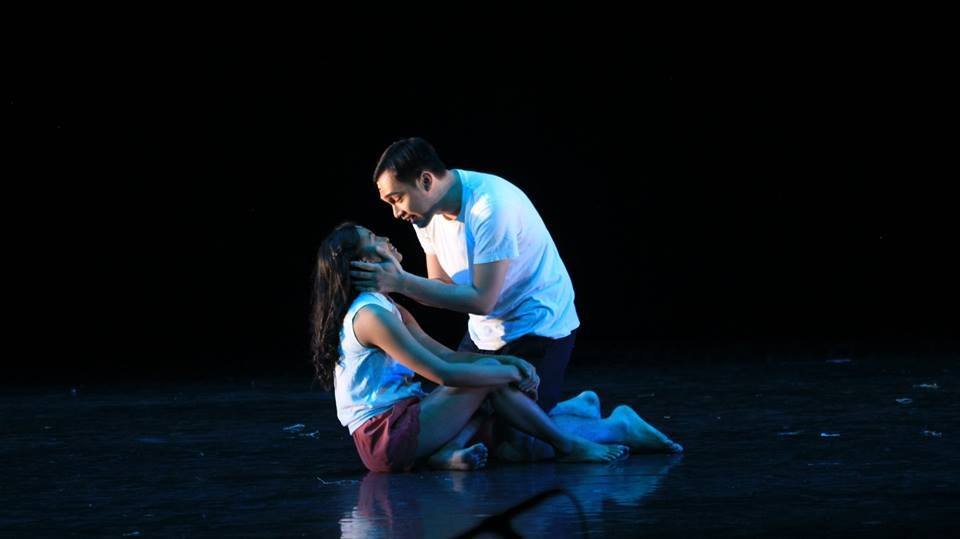 ‘‘Forever’ does not exist, only ‘till death do us part’’

“I don’t like getting soaked in the rain and feeling cold. That’s why I always make sure to bring an umbrella with me. Better be safe than sorry.”

Rain and a sense of gloom are two of the hallmarks of “Eurydice,” Sarah Ruhl’s adaptation of the Greek myth of the nymph whose lover, Orpheus, attempts to bring her back from the dead.

Audiences will have to watch the play to find out whether Nuevo will get wet during the show. Tanghalang Pilipino is staging Guelan Luarca’s Filipino translation, with direction and set design by Loy Arcenas. Marco Viaña plays Orfeo.

Nuevo, 23, a member of TP’s Actors’ Company, has been preparing for the role physically and mentally, grappling with concepts of memory and lasting love.

“For me, ‘forever’ (when it comes to love) does not exist, but I do believe in ‘till death do us part,’ which is more logical for me,” she says.

“Because how can there be forever when there’s also death? I believe that you become a new entity after death. You are no longer the person you were before.

“I’ve also been preparing rigorously with the help of director Loy Arcenas and the rest of the Actors’ Company,” she adds. “Everyone has been helping in building my role. I’m very fortunate because I’m surrounded by very supportive people.”

She’s thankful to guest actors Audie Gemora and Julienne Mendoza for giving her pointers. The two will alternate with TP artistic director Fernando Josef in the role of Eurydice’s father.

She actually had no inkling that she would be assigned the role. Fellow actor Jonathan Tadioan was even joking with her about it.

“When I was called to a meeting with the director, Jonathan teased me that I might get the role. As it turns out, he was right!”

As a child, Nuevo dreamed of performing with Ballet Philippines. During her college years at Cavite State University, she joined Student Artiste Society. “I was exposed to acting during my stay in the group and I enjoyed it immensely,” she recalls.

She realized that she could pursue acting as a career and auditioned to get into TP. Since then, she’s been in productions such as “Prinsipe Munti,” “Mga Buhay na Apoy,” “Melanie” and “Pangarap sa Isang Gabi ng Gitnang Tag-Araw.” —CONTRIBUTED