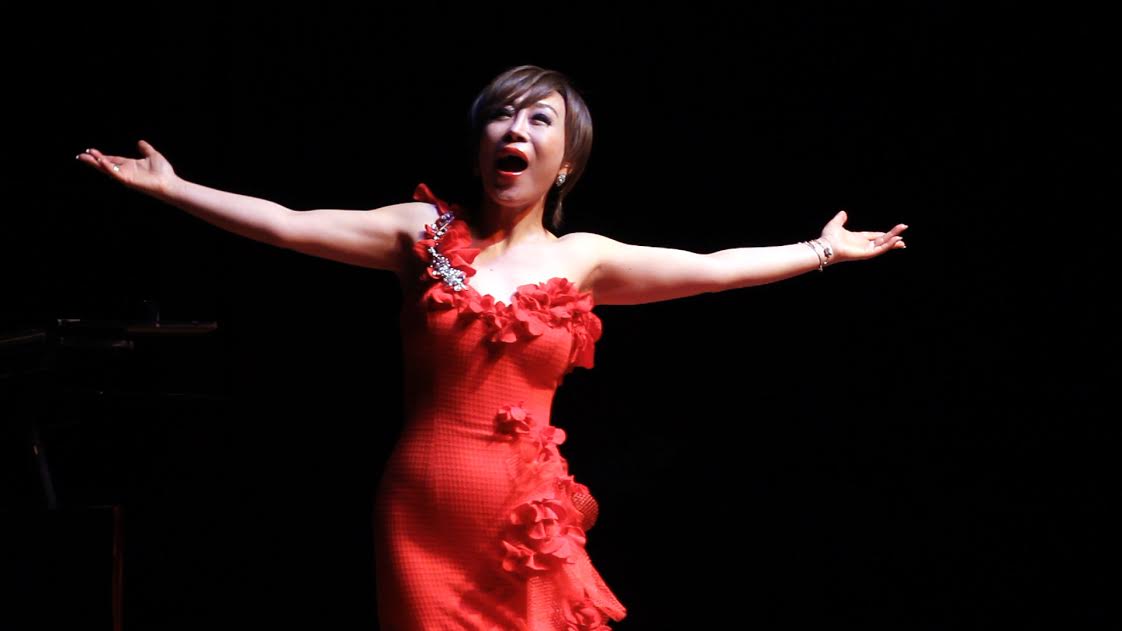 Her well-honed vocal instrument does not rely solely on its innate beauty. It has technique anchored in the bel canto. The style affords the singer limitless capabilities, and, like wine, in time the voice quality gathers more beauty and stamina.

Technique becomes the means to display a beautiful voice that sparks with a divine touch.

Collaborating with pianist Najib Ismail and flutist Antonio Maigue, Jo completely ravished. The concert was easily the vocal event of the year.

At once the singer conveyed the buoyant flourish of her voice in the opening number, Julius Benedict’s “The Gypsy and the Bird.”

Here she disclosed the lyrical quality of her voice in the opening lines, with the flutist essaying the coloratura passages, and the pianist providing solid rapport. In the cadenza at the end, she displayed the agile charm of her coloratura opposite the flute, and projected a warm high note.

She revealed more of the lyrical quality of her voice in Purcell’s “Music for a While.” After the pianist soulfully rendered the introduction, the soprano intoned the melancholy bent of the minor key, made caressing by the warmth of her rendition she did with meditative grace.

Rossini’s “La Pastorella d’Alpi” provided a stark contrast. She disclosed the coloratura sheen of her vocal instrument in the stunning staccatos. The precedent portamento or the bringing of the tones down, was done with stunning finesse.

She essayed the undulating charm of the habanera in Ravel’s Vocalise in which she chiseled those charming trills, staccatos and embellished passages or fiorituri.

In Rachmaninov’s Vocalise,   one marveled at the ease with which she essayed the song’s lyric import, all expressed in luminous arching lines.

She punctuated Gounod’s “serenade” with a shimmering note held fully until the air that aerated the voice was almost exhausted. She never appeared as a stunt but as a singer with meticulous eye for detail. Her song undulated like a lullaby against the pulsating rhythm of a barcarolle (boat song) that Najib on the piano eloquently crafted with the running passages flutist Maigue essayed.

There was more of this unnerving high note in the concluding song, Verdi’s “La Traviata” aria. Very clear were the runs that fully engaged especially in the ascending passages. At the end, she threw a ringing, saucy high E flat that brought down the house. Bravi! —CONTRIBUTED