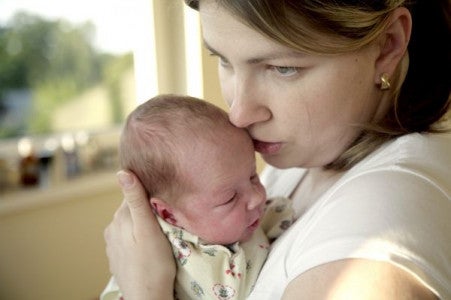 Mothers singing to babies is an age-old practice found across all cultures and traditions. Now, a United States research finds it is actually an important way to create bonds and stimulate children.

Shannon de l’Etoile, professor of music therapy and associate dean of Graduate Studies at the University of Miami Frost School of Music,  initially set to look at how infants behave in response to their mothers’ singing, also called infant-directed singing, compared to other mother-baby interactions such as reading books and playing with toys.

In addition the research looked into the role that infant-directed singing plays in creating the intricate bond between mother and child.

The babies showed high cognitive scores during infant-directed singing, suggesting that song is just as effective as reading books or playing with toys for engaging and maintaining babies’ attention, and far more effective than listening to recorded music.

The promising results led de l’Etoile to carry out a second study that focused on the mother’s role during infant-directed singing by measuring the make-up of the song and the mother’s voice.

The results suggested that when infants had a high level of engagement during song, their mother’s instincts were higher, with mothers intuitively knowing when to adjust pitch, tempo or key or the song to stimulate and regulate their child’s response when the child’s level of engagement declined.

De l’Etoile then looked at the acoustic range in the singing voices of mothers with post-partum depression. The results showed that although the children were still engaged, the tempo of the singing did not change and was more robotic. However, de l’Etoile added that for mothers with postpartum depression, singing to their child can offer a distraction from negative emotions and thoughts, while children are given much-needed sensory stimulation.

In conclusion, de l’Etoile commented: “The tempo and key certainly don’t need to be perfect or professional for mothers and infants to interact through song. In fact, infants may be drawn to the personalized tempo and pitch of their mother, which encourage them to direct their gaze toward and ultimately communicate through this gaze.” JB