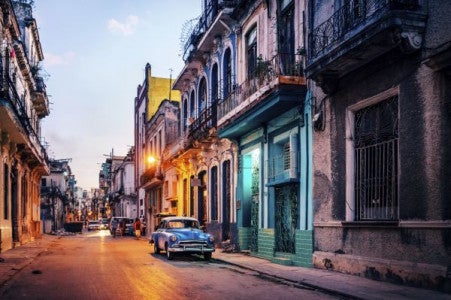 Architecture tours around the world launched by US architects group

Are you the type of traveler who can rhyme off the era and style of the buildings you see? Who makes a game out of matching buildings with their designers? A new travel program launched by the American Institute of Architects may appeal to you.

Dubbed Architectural Adventures, the program is led by experts in cities around the world that are rich in architectural history: Barcelona, Chicago, London, Prague, Vienna, Havana, Beijing and Shanghai.

Small group tours are led by historians, professors, working architects and scholars who have been enlisted to provide in-depth insight into a landmark’s significance.

For guests, that means traveling with like-minded travelers who are equally interested in the architectural detail of a stunning 18th-century door: no eye-roll from fellow tourists in a generic walking tour or blank looks from student tour guides.

Kicking off the program is a six-day, $5,300 tour of Havana in March led by Marilys Nepomechie, a professor of architecture at Florida International University.

Guests will stay at the five-star Hotel Parque Central in the heart of the city.

For details on other tours, visit the official website at www.architecturaladventures.org. JB