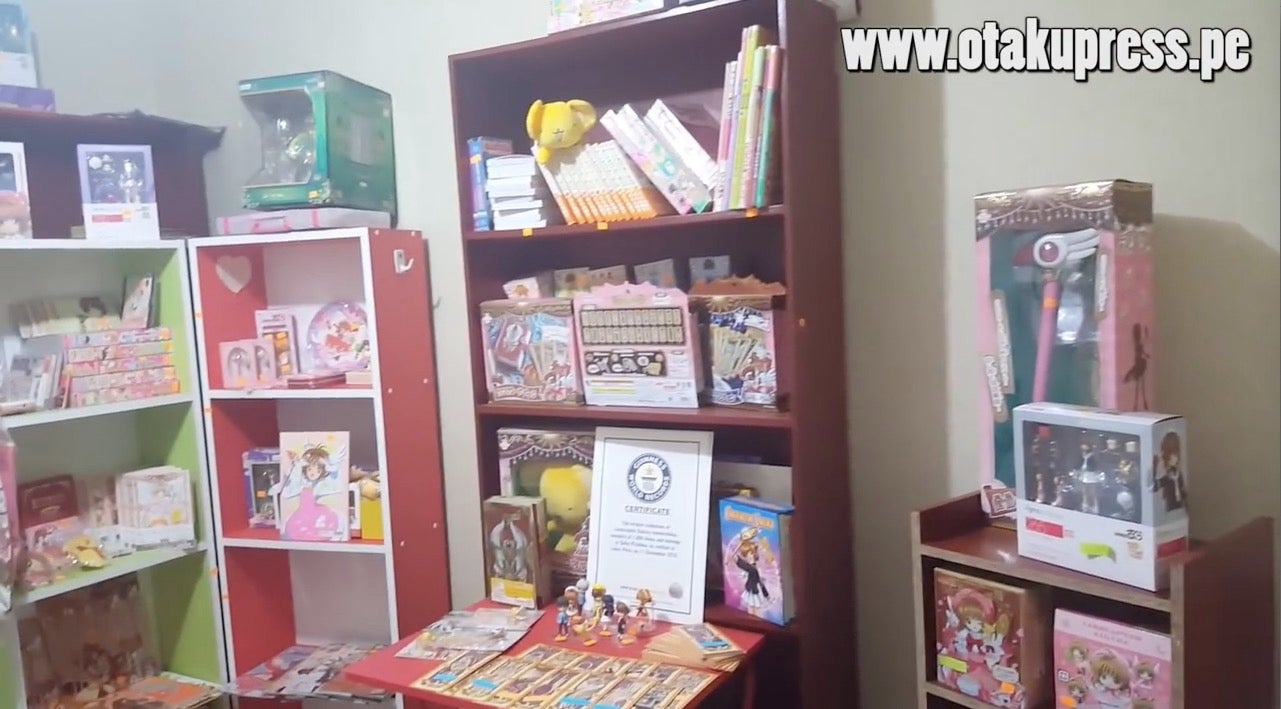 CardCaptor Sakura collection in Peru is largest in the world, says Guinness

Collections have a tendency to run wild especially when following a franchise with long-standing popularity. One fan of the anime and manga series CardCaptor Sakura just got awarded the Guinness World Record for the largest collection of CardCaptor Sakura merchandise.

The nod went to Peruvian fan Sofia Pichihua. She started her collection of CardCaptor memorabilia over 17 years ago and it consists of 1,086 different items, including action figures, calendars, comic books, DVDs, games, stickers and stuffed animals, reports RocketNews24.

As any avid collector would do, Pichihua went to great lengths to assemble her collection, at times traveling to Mexico and often importing items from the United States and Japan.

Her most difficult acquisition was understandably an issue of Nakayoshi magazine containing the first chapter of the CardCaptor manga.

CardCaptor Sakura is currently celebrating its 20th anniversary, and a new movie as well as anime series have been announced. With new merchandise surely to be produced, these will likely be added to Pichihua’s already impressive collection. Alfred Bayle/JB