If he could, Iceland president would ban pineapple on pizza | Inquirer Lifestyle ❮ ❯ 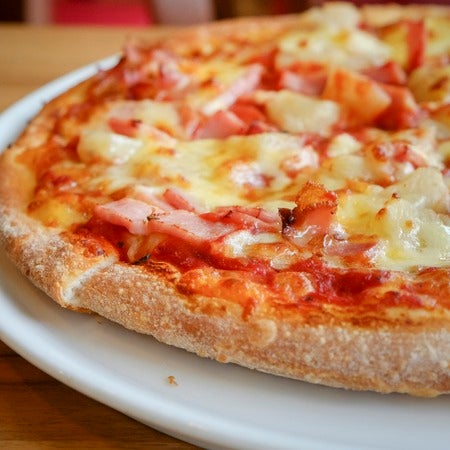 If he could, Iceland president would ban pineapple on pizza

This may seem to be a tasteless issue to many, but pizza lovers around the world are divided as to whether pineapples tidbits should be placed on a pizza or not.

Well, what do you know! Even the Iceland president, Guðni Thorlacius Jóhannesson, has taken a stand on the issue.

While meeting with students at a high school in the Northern Icelandic town of Akureyri, one dashing pupil asked if he fancied eating a pizza with the tropical fruit topping, local news site Visir reported. Jóhannesson responded by elaborating his “fundamental opposition” to pineapple pizza.

To the possible indignation of Hawaiian pizza fanatics out there, Jóhannesson said that f he had the power to pass laws, he would impose a nationwide ban on pineapple pizzas.

In a Facebook post in English and Icelandic on Tuesday, Jóhannesson, a former history professor, clarified his statement, saying he had no authority to deride people preferring pineapples on their pizza.

Alternatively, he recommended people to try nibbling pizza with loads of seafood toppings. “For pizzas, I recommend seafood,” he concluded.

Jóhannesson, 48, is the youngest to win the presidency in Iceland. He currently enjoys a high approval rating of 97 percent from his constituents. With his stand on the pineapple pizza known, will his rating suffer a dent in a future poll?  Gianna Francesca Catolico / ra