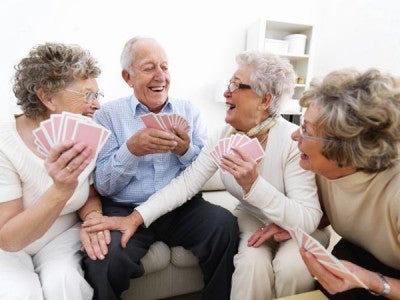 By 2030, life expectancy for South Korean women could top nine decades, an average lifespan long thought to be out of reach, researchers said Wednesday.

South Korea is not only the first country in the world where women may live past 90 on average—it is also the one on track to log the biggest jump in longevity, as reported in The Lancet medical journal.

Other developed countries are not far behind: the longevity of French and Japanese women are more likely than not to stretch past 88 years.

“As recently as the turn of the century, many researchers believed that life expectancy would never surpass 90 years,” said lead author Majid Ezzati, a professor at Imperial College London.

Nations boasting the greatest longevity among men by 2030—84 years in each case—will likely be South Korea, Australia and Switzerland, according to the study.

Among 35 well-off countries examined, life expectancy was predicted to increase across the board over the next 15 years.

While a marker of progress, ageing populations also pose huge challenges to health care systems and social services, and may require pushing back the age at which people stop working, the study warned.

“It is important that policies to support the growing older population are in place,” Ezzati said.

“The social implications of this change will also likely require changes to pensions and retirement.”

The South Korean success story is built on broad gains in economic status, along with improved child nutrition and broad access to health care and modern medical technology, the study noted.

The East Asian nation of 50 million, along with its neighbour Japan, has also maintained significantly lower rates of obesity, and of smoking among women.

In the United States, by contrast, life expectancy at birth is currently below most other high-income countries, and is poised to fall even further behind.

“The poor recent and projected U.S. performance is at least partly due to high and inequitable mortality from chronic diseases and violence, and insufficient healthcare,” the study concluded.

Among the countries canvassed, the U.S. has the highest child and maternal mortality, homicide rate, and body-mass index, a standard measure of obesity.

Of the 35 wealthy OECD nations, it is the only one not to have universal health care, which the researchers identified as the “cornerstone” of other countries’ strategies for reducing adult mortality.

To improve on earlier estimates of future lifespan, the study leveraged statistical techniques used in weather forecasting and developed 21 independent models, rather than just one.

In 2015, women in Japan, Singapore and Spain topped the longevity list at 87, 86 and 85.5 years, respectively. South Korea placed fourth.

The men who could look forward to the longest lives in 2015 were in Switzerland, Iceland and Australia—all within a few decimal points of an 81 year lifespan.

In 2015, the five countries with the lowest life expectancy—ranging from 50 to less than 55 years for men and women—were all in sub-Saharan Africa.

Outside periods of war or famine, life expectancy in wealthy nations has risen almost continuously since the 19th century, from roughly 50 to 80 years. JB