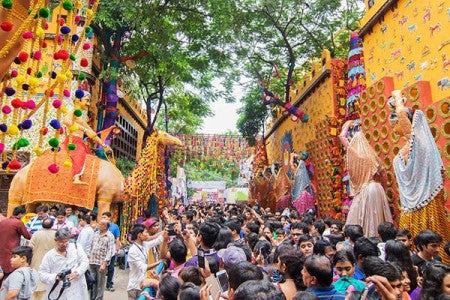 From Los Angeles in the United States with Damien Chazelle’s “La La Land”, to Kolkata, India with Garth Davis’ “Lion”, this year’s Oscar nominees give travel-hungry moviegoers a taste of all kinds of global destinations. Here’s a look at some of the locations where this year’s Best Picture nominees were filmed.

This true story of a young Indian boy fostered by an Australian couple treats viewers to landscapes in India and Australia. While the Tasmanian capital, Hobart, and Melbourne, in the state of Victoria, are good options for a trip to Australia, the child’s search for identity also takes moviegoers to the heart of authentic, rural India, on location in the city of Kolkata. Visitors can take in the local architecture, stroll over Howrah Bridge (crossed by millions of Indians every day) and admire the reflection of the trees in the water surrounding Victoria Memorial.

This Oscar favorite, with no less than 14 nominations, pays homage to Hollywood musicals of the 1940s and 1950s with a romantic tale that takes viewers on tour of Los Angeles. The movie was filmed at no less than 40 different locations in the City of Angels. One iconic setting, seen on the movie poster, shows a spectacular view over the San Fernando Valley. Scenes were also filmed at The Lighthouse Cafe, a club where legendary artists such as Miles Davis previously performed. Note that this nightclub is no longer a jazz club, and now plays salsa, reggae and country music. The Griffith Observatory in Griffith Park is also a must for visitors following in the footsteps of Mia and Sebastian. In addition to must-visit L.A. filming locations, visitors to the city can enjoy a trip to Universal Studios, a stroll along Hollywood Boulevard and a trip to Beverly Hills.

The American town that lends its name to this feature film is like a character in its own right in the movie’s narrative. However, the film’s main scenes were filmed a few miles away in Cape Ann. Still, moviegoers can be assured that some movie scenes were also filmed in Manchester-by-the-Sea, as well as Gloucester, Essex, Rockport and Beverley. The nearest major U.S. city is Boston, an hour’s drive away. A trip to this former colonial city should include a stroll around the stylish neighborhood of Beacon Hill, plus some chill-out time in the U.S.’s oldest public park, Boston Common. Other sights include Trinity Church and a student-led tour of Harvard.

The historical war movie directed by Mel Gibson was filmed in the region of Sydney, New South Wales, where the battlefields of the Second World War were recreated. In fact, the production team set up in Goulburn, around 121 miles southwest of the stunning Australian city, famous for its iconic opera house. Scenes were also filmed in Bringelly and Richmond on the outskirts of Sydney. For a first trip to the Australian city, must-visits include The Rocks, a historic part of town previously inhabited by the first British settlers. Head to the Central Business District to visit the Sydney Opera House, Hyde Park and the Sydney Tower Eye for 360-degree views over the city. JB