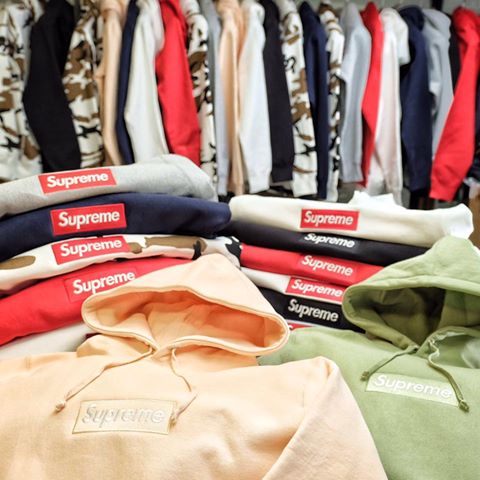 Supreme was founded in 1994 in Manhattan, New York by James Jebbia. The British-born opened his first store on Lafayette Street. He sought to cater to skaters. Even the layout of the store was skater-friendly with clothes around the perimeter and a large central space where skaters with backpacks could skate right into the store.
With Shawn Stüssy, Jebbia started a skating culture built around the philosophy, “Skate first, shop second.”

Supreme has had a cult-like following since the start. It once sold a red clay brick with the word “Supreme” written on it for $30. It was sold out on a single day. It was reported that the reselling price in eBay even reached as high as $1, 000.
Instant hits also have included a hammer, calculator and fire extinguisher–all branded with Supreme’s logo.

Today, Supreme is known all over the world with stores also in Los Angeles, London, Paris and Tokyo. It is now in Manilas PGS has opened its doors in Uptown Mall in Taguig City.

“Supreme has become a religion of sorts for its many followers,” said Barnaby Chong, general manager of Popcorn General Store PH. “Its merchandise infuses a mix of its home city’s iconic elements-from music, fashion, and politics with strong design elements and keen attention to detail.”
Coveted items are often placed under an extensive list of so-called “grails” of Popcorn General Store. These items include the Supreme Box Logo Hoodies, Supreme X New Era caps, t-shirts in collaboration with artists such as Gucci Mane and Nobuyoshi Araki, accessories such as the Supreme X The North Face backpacks, and others.

Popcorn General Store will open at the UP Town Center on March 11.