So how do I become a #kwentongjollibee? | Inquirer Lifestyle ❮ ❯ 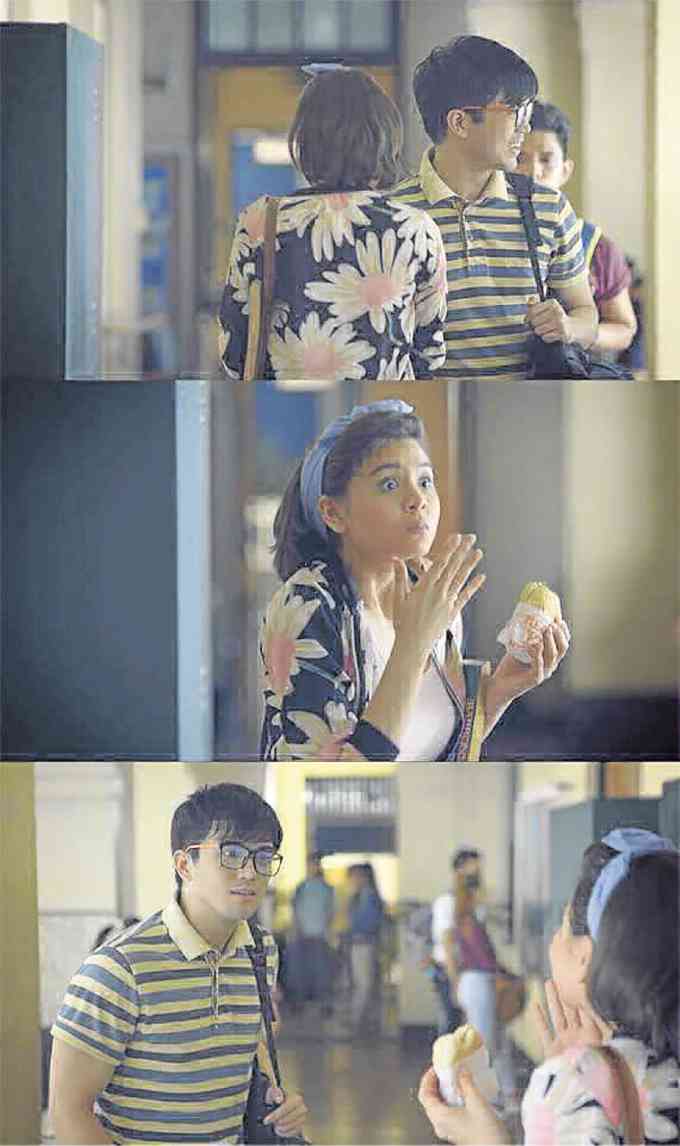 So how do I become a #kwentongjollibee? “Kahera,” a #KwentongJollibee ad released on Grandparents’ Day, was the benchmark. Posted Sept. 7, it reached 4.5 million views on Facebook in less than 24 hours. The viral video about Lola’s occasionally blunt love, now at 7 million views, was the gold standard.

That’s too low, apparently, given the success of Jollibee’s Valentine’s Day trilogy. They now boast a combined 44 million views on Facebook and YouTube, each surpassing the views “Kahera” fetched.

“Right from the start, we said we wanted to show different kinds of love, especially for Valentine’s Day, because the usual is romantic love stories—but the truth there, no doubt, is it comes in all forms,” Jollibee global brand chief marketing officer Francis Flores said, explaining the series. It was all up to the Filipino people to appreciate these forms.

Beyond places of worship and Sundays, the ads infected the web with memes, hugot statement and witty lines. Whole companies gave away Yumburgers complete with Post-its on Valentine’s Day. People went around looking for the “bucket of thighs,” ordered (or avoided) the “two-piece Spicy Chickenjoy with extra rice …and upgrade to pineapple juice.” While in the US, Flores’ American Uber driver, by chance in a relationship with a Filipina, admitted to crying over the ads.

When Lifestyle sat down with Flores and the rest of the team responsible, he hadn’t seen the sales report yet, but he was so sure numbers went up. “It became another alternate to giving a Valentine’s gift or flower.”

#KwentongJollibee wouldn’t stop producing stories anytime soon, especially for the red-letter occasions, Flores said. Castro noted that they have a story bank with “all sorts of stories,” including LGBT narratives, “kahit mga pari, madre.” They might just come up with backstories on the heartbroken guys from “Vow” and “Crush,” they agreed.

And, good for you and me, they are looking for more stories.

“There are many avenues [to reach us],” said McCann creative director Xzenia Cruz. “Some post it as a comment on our FB; some utilize our Customer Care line, supposed to be for a different thing; direct messages. Actually, on our personal FBs, we get PMs, yung iba may plot na.”

In the beginning, they sourced from the McCann office and their connections, but now possible stories flood them. For some individuals, Cruz said, the reactions to the videos came not as likes and shares, but as stories. They also eye materials tagged to Jollibee.

But, while they are open to all kinds of stories, your entries better tug at the heartstrings of the people that matter.

“What we do is an internal clearance for the stories. We already know from the start which story will be the most effective, kasi malalaman mo, pag may nagbato ng kwento, someone would react,” noted Cruz. “When the room is very quiet, that means wala siya.”

“I just base it on the first emotion that I felt. If I get engaged from start to end, then in the end there’s a strong emotion that would come out from it, then we know we got the right story,” said Flores. He admitted that Jollibee president JJ Alano was teary-eyed hearing the plot for “Date.”

“I think with this one, people just went for feelings. We have been barraged by so many questions, “What is the formula?” What is the theme? Blah blah. I said, well, the feeling is the message,” said Castro.

Won’t it be worth the feature, though, if our stories inspire the #KwentongJollibee ads in the future? They take casting seriously. New crush ng bayan Enrico Cuenca, the nerd from “Crush,” actually auditioned for the role of the jock wearing short-shorts (Lance Dungon). Ashley Ortega, the girl who ate Yumburgers all her life and didn’t gain a single pound, said: “For [normal] VTRs (videotape recordings), you just say your name, age, height. But when I auditioned, my first VTR, I had to cry, like wailing. ’Sa mga girls ha, you have to cry,’ they told us… I had to cry over and over and over.”