No such thing as retirement | Inquirer Lifestyle 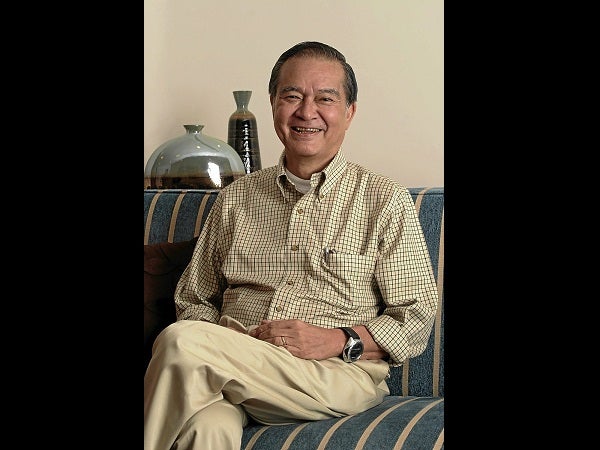 No such thing as retirement 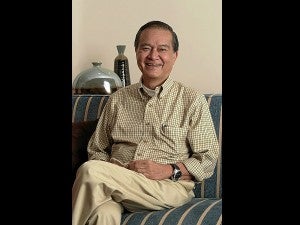 Former banker Roman Azanza Jr. chucked in his dark suit for a checkered shirt and khakis. If he could wear a T-shirt, it would read: “Warning: Retiree knows it all and has plenty of time to tell it.”

The perks of a big boss such as having an executive assistant are no more.  The tight work schedule has eased up to more leisure time. After Azanza retired from Philippine Bank of Communications Inc. last July, he was elected president of Manila Polo Club in August and also named chairman of the board.

Azanza underscores that his role as MPC president is not a job. “It’s just something that I like to do,” he maintains. Still, the responsibilities are enough to keep him busy.

In his 42-year banking and finance career, Azanza has held prestigious positions. “Ever since I was 29, I’ve been CEO, president or head of country of several corporate financial vehicles.”  He was chief executive officer of FNCB Finance, the largest finance company (owned by Citibank)  and concurrently held the position of vice president of Citicorp International.

This is the second time he has experienced retirement. The first was in 1997, when he left Sofgen at age 52. “Investment banking is for younger guys. I didn’t want to go back to commercial banking or go abroad,” he recalls. “I had a cavalier attitude. Unlike my father (Roman Sr., also a banker) who worked for the same company for decades and got a gold watch, my generation had seven jobs before they’re 35.”

Asked about his learning experience, Azanza replies, “Keep your mind active. Reading and hobbies are not enough. Take up challenges, do problem-solving. If it’s possible, get involved in execution at senior levels. Someone described me as an eagle. It wasn’t a reference to my Ateneo education.  He said, ‘You can swoop up and get an overall picture.’ If you have to come down, there is a lot of experience in detail. I don’t make a mistake of micro-managing, trying to tell you what to do and how to do it. That’s not leadership.”

In the seven years of his “early retirement,” Azanza held a few directorships and consultancy. For Philippine Deposits Insurance Corp., he represented two of its banks. The Asian Development Bank and the US Agency for International Development tapped him as a consultant because of his experience in the capital markets.

In 2004, Azanza became president and chief executive officer of PBCom. He says his career had come full circle working with a medium-size traditional bank. When Roberto Ongpin bought out the bank, he wanted his directors on board.  Meanwhile, weary of a 9-to-5 routine, Azanza retired.

Did he prepare for this retirement? “Not really. At PBCom there was the pension and retirement fund, the indirect preparation. I never set up a situation where the entire earnings came from investments like stocks or bonds,” he says.

“After what I had been through the first time, it would be nice to get back on the line. But I’m 66.  Other directorships are fine, the per diems are good; but I don’t honestly think I’d see the day when I would have a CEO title or an office and a secretary. I want to keep my mind active.  That’s the most important thing and I don’t mean staying at home in front of my little computer or watching TV all day.  Puh-lease!” says Azanza.

He thinks young, but admits feeling his age in some places. “I was a good athlete—swimming and baseball.  I never put on weight. I don’t know what happened. It’s like click! Somebody hit a switch. I don’t seem to be retaining my muscle mass. I used to be a very good squash player. I’m not 36 anymore. There are guys here at the Polo Club who are completely retired and they spend most of their day here.  They can have access to the newspapers, magazines, Internet. They dine here and hold meetings. Any place but home.”

Since his retirement, he has gotten two job offers. “I’m not considering although they were good ones. One was obviously for my son (Roman III). I’m flattered, but, hello, you got the wrong guy. The position was for experienced senior-level guys who will form a business opportunity group and look for opportunities here and abroad.”

When Azanza assumed his position at the MPC, he went through phases as he would when he was in banking. He met the managers and reviewed the bylaws, many of which he authored when he was MPC president in 2003.

As the head of the facilities oversight committee, he oversees the renovation while maintaining the historic architecture of National Artist Pablo Antonio. The renovated areas in MPC, such as the annex, are referred to as West Berlin, while the older areas, such as the lobby and main lounge, are called East Berlin.

He says the swimming pool has been renovated while the entire Cogon will be fully operational in January. There were other structural changes which had to be done, such as changing the deep water well to the Manila Water Company.

“I’ve been a CEO many times and most of the stuff comes natural to me,” he says. “It’s hard to explain—like oops, there’s something wrong with this system. Oops, there are lots of control lacking here.  Uh-oh, these guys don’t like these guys or these guys don’t like management or there’s something functionally wrong with a dysfunctional manager.  Some of the stuff you can’t go to school for.  It’s like, been there, done that.

“Like most of us CEOs, we wouldn’t be there if we didn’t know how to command.  If you can’t exercise leadership, you miss what you’ve spent doing all your life. Most of all, you have to keep the mind active in responding to challenges, no matter how small.

“I’m not going to worry about what I’ll do after two years.  That’s a long time from now. I’d like to think God has been good to me. Something will come up.”