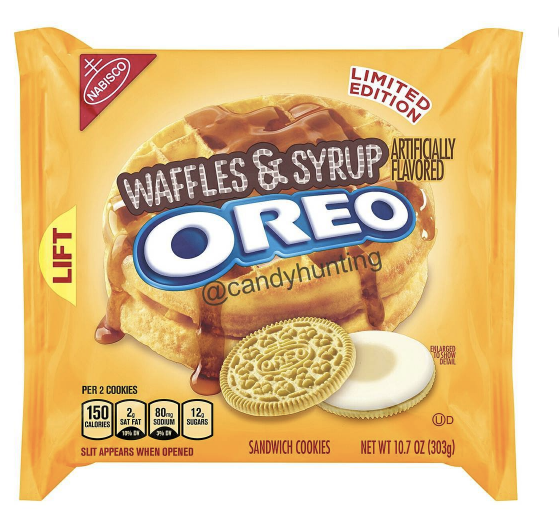 Oreo’s classic sandwich cookie consisting of two chocolate wafers with a sweet creme filling in between will always be a hit among those with a sweet tooth.

The company has released a slew of limited-edition concoctions in recent years, and it looks like they’ll be releasing a few more this year.

According to Thrillist, the Firework flavor—which appears to be similar to the classic Oreo, albeit a creme filling filled with popping candy—is expected to debut sometime in early summer.

The innovative Waffles & Syrup and Mississippi Mud Pie flavors, on the other hand, will hit stores shortly after at an undetermined date.

Despite the public’s anticipation of the leaked flavors, an Oreo spokesperson neither confirmed nor denied the new cookie flavors.

“We’ve seen a lot of OREO flavor leaks (some real and some fake), but we will be sure to keep you updated on flavor news from the OREO Wonder Vault,” the unidentified spokesperson told the news outlet. “Right now we’re really excited about PEEPS flavored OREO cookies and the Milka OREO Chocolate Candy Bars, which continue to roll out nationwide.”