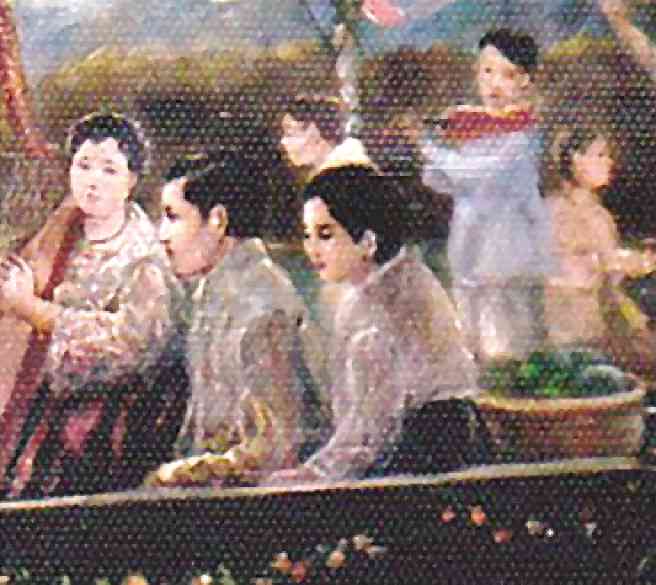 MANILA — In an exhibit that aims to present art as witness to life, and society’s ills and conflicts, two Filipino artists tapped into Rizal’s work to re-define 19th century political resistance for the 2017 Venice Art Biennale.

This year, the works of Lani Maesto and Manuel Ocampo, dubbed as The Spectre of Comparison, and curated by Joselina Cruz, will be mounted at the Arsenale, one of the event’s main exhibition spaces.

The Spectre of Comparisons was drawn from the phrase El demonio de las comparaciones of Jose Rizal’s Noli Me Tangere, a book that reflected the Filipino society under the Spanish regime.

“The phrase encapsulates the experience of Rizal’s protagonist, Crisostomo Ibarra, when he gazes out at the botanical gardens of Manila and simultaneously sees the gardens of Europe,” Cruz said in a statement.

The National Commission for Culture and the Arts (NCCA) presented this to the media last February 23.

NCCA said The Spectre of Comparison was chosen among 12 curatorial proposals submitted to the Philippine Arts in Venice Biennale (PAVB) coordinating committee by the panel of jurors during deliberations last August 29.

According to Cruz, “the exhibition added looks at their practices as emblematic of the experience of Rizal’s spectre of comparisons, the juxtaposition of their works, the manifestation of political and social commentary from afar, as they saw the events of the Philippines and their adopted countries ‘through an inverted telescope.”

In the exhibition, Cruz added, Ocampo and Maestro, “re-defined the political resistance within their experience of shifting localities throughout their artistic careers. Woven within this twinning of practices is the space of the spectre of comparison that haunts the imagery and making of nationalisms fraught with colonial and imperialist pasts.”

According to Legarda, this will be the first time, in the country’s recent history that “the works of Filipino artists will be mounted in Arsenale, the historic exhibition space of the Venice Biennale art platform.”

“Truly, we are gradually improving our place and we are able to better engage the world through our artists and the Philippine art. But our greater vision is for our government to continuously support the development of Philippine arts and culture,” Legarda said.

“We must no longer put arts and culture, as well as heritage preservation, on the hindquarters of our nation building, because in truth, we are ready to let the world hear our truths and our visions. Moreover, to enable art to flourish, we must look back on our past,our heritage,” she added.

In Legarda’s view, The Spectre of Comparison “brought back the past through Jose Rizal.”

“The exhibition looks at the two artists as emblematic of the experience of Rizal’s spectre of comparisons. Through this exhibition, we hope to respond to the call of Christine Macel,” she added.

Macel , the curator of the 57th International Art Exhibition titled Viva Arte Viva, said: “Art bears witness to the most precious part of what makes us human. Art is the ultimate ground for reflection, individual expression, freedom, and for fundamental questions…It stands as an unequivocal alternative to individualism and indifference. It builds us up and edifies us. At a time of global disorder, art embraces life, even if doubt ensues inevitably.”  SFM