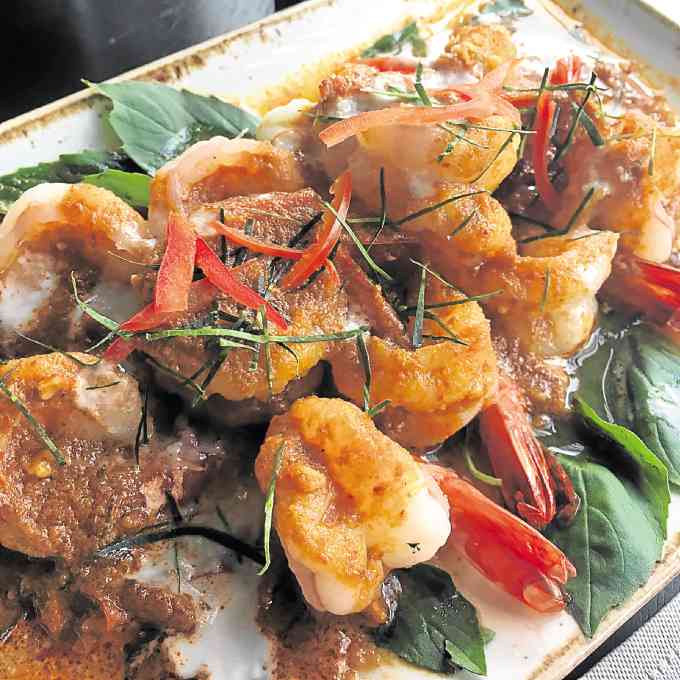 If it’s not spicy, it’s not Thai food!” declares Peninsula Manila’s Spices Thai specialty chef Phaithoon Atthasarn. In his country, he says, at least 12 to 15 chili peppers are blended into a Thai dish to ensure its savory goodness.

In Manila, he has had to adjust a bit, adding only two to three chili peppers to accommodate those who aren’t into spicy food.

Yet, it doesn’t mean the authentic Thai flavor and taste have been diminished. Atthasarn says they also come from the meticulous preparation and mixture of ingredients that make up good Thai cooking.

Peninsula Manila is sharing the rudiments of Thai cooking in “Thailand on my Plate” on March 3 and 17, 3-5 p.m. at Spices Pavilion under the tutelage of Atthasarn.

The cooking class, priced at P2,017 net, includes a traditional Thai-style family dinner in Spices Garden, The Peninsula Academy apron and a special gift. An add-on feature is a short demo on Thai-inspired alcoholic cocktails, plus a combo of tequila and lemongrass-infused gin and tamarind syrup and coconut syrup.

The jovial Atthasarn, who’s been in Manila for a number of years, will explain the ideal use of fresh Thai herbs like galangal and kaffir lime, the long and short of using double-boiler for sticky rice, and the importance of using traditional wooden mortar and pestle in producing tangy curry paste.

“There’s always a homey feeling in preparing dishes the traditional way, like pounding instead of using a blender. The taste may be the same, but the personal satisfaction is different,” he says.

Here, Atthasarn demonstrates how too cook Penang Gook, one of the featured Thai dishes in his upcoming class. The coconut milk and kaffir lime leaves play a big role in balancing the spicy-citrusy taste and dense texture of the curry sauce. The peanut helps thicken the sauce.

Atthasarn says the Penang curry can be prepared from scratch by combining lemongrass, peppercorn, cilantro, shallots, garlic, salt, chili and other Thai herbs, and gently pounding them in a mortar and pestle. The mixture is left overnight to dry out.

The prawns are transferred to a bed of sweet basil and garnished with more coconut milk, kaffir lime leaves and chilies.