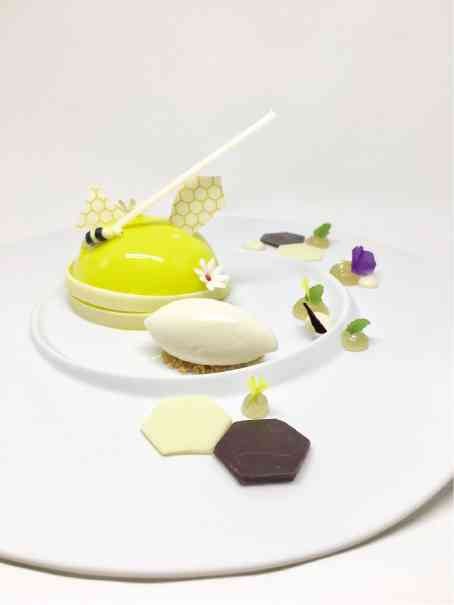 The Unicef Children’s Ball on March 4 at The Peninsula Manila will raise funds for the creation of four National Centers for Children with Disabilities.

The Camera Club of the Philippines is mounting a photo exhibit; there will also be a unique Lego display, live auction and musical performances.

This is the first time all four will collaborate in one event. The chefs shared with Inquirer Lifestyle their reasons for participating in the event, and the dishes they would be preparing.

Forés drew on her Negrense upbringing when she came up with the hors d’oeuvre Piaya, Inasal of Foie Gras, Guava and Santol Atchara Mostarda. She will also prepare Bohol White Marlin, Guinataan of Blue Crab with Corn and Bamboo Shoots.

“The first honors my very Ilonggo upbringing, since my mother’s family comes from the city of Bago, in southern Negros Occidental,” she said.

The piaya, a puffed-up biscuit made from flour, raw muscovado sugar, sesame seeds and a bit of pork lard, was a staple in family celebrations when she was growing up in Manila.

“Regular sea shipments included this piaya, to make sure that our tables were always well-stocked with Negros delicacies like this. The piaya dough ball is baked on a very hot, old, metal griddle till it puffs up and the muscovado sizzles.”

Forés described the second dish as “a very home-style viand that was ever-present at meals in our Negrense home.”

They would make it then by stewing sweet blue crabs in onion, garlic, ginger, first-press coconut milk, corn kernels and bamboo shoots.

“I pair a modern rendition of it here with some pan-seared, plump white marlin,” Forés said.

“Working with Unicef has always been a dream of mine,” said Lau. “I recently gave birth to a beautiful baby girl named Kory. I have always been interested in the work Unicef does for underprivileged children, and now as a mother, to be a part of this in any significant way means the world to me.”

Lau will do the dessert, Honey and Lemon Candy, which she said was inspired by “my favorite childhood candy.”

“Every week, I would look forward to the few dollars my mom gave me for snacks and spend most of it on this candy. The flavor profile of this dessert I created is inspired by that, with some added surprise that would make any adult recall their childhood,” she said.

Don’t be fooled by the simple name of the dish; Lau has been known to go all out in presentation. One dessert at Tate Dining Room and Bar is served in a miniature Japanese stone garden complete with tiny rake, all in a ready to present box.

Thailand’s Songvisava said she didn’t have to think twice about participating in the event.

“Kids drew me to this project; I have given up on adults, but kids will shape the future of this planet,” she said.

For the ball, she is preparing Crispy Rice Cracker with caramelized minced pork and prawn wrapped in pickled mustard leaf (canapé), and Sticky Rice Dumpling with prawn and coconut, Grilled Chicken Paneang and Seafood Pancake (appetizer).

She said the canapé was reminiscent of what she often ate as a child when she went to the market with her parents.

“I can still hear the crunch as I bite into the rice cracker. It’s slightly sweet, salty and nutty with a touch of tartness from the pickled leaves. It is one of the many dishes that introduced me to the balance of flavors and textures of Thai food,” she said.

For her appetizer, soft and sticky dumplings are tinted in different colors to appeal to all ages.

“Peneang curry is one of the first curries introduced to young children because it is sweet and creamy,” she said.

Chen immediately confirmed her participation in the one-night-only event.

“I love children and I always want to do something for them,” she said.

The chef is in charge of the main course, Wagyu with Mustard Greens and Rice Essence.

“Rice and congee are indispensable in my family meal. For this main course, I use rice to make a special sauce,” she said.

The congee is cooked for three hours before the top layer is skimmed off and set aside for use in the dish. She described that layer as the silkiest and most flavorful part.

“We then mix this rice essence with fermented mustard green leaves, which are pungent and have a very green taste. This interesting sauce brings a good contrast with the fatty wagyu beef,” she said.

Each plate for the Unicef Children’s Ball is P15,000, with 100 percent of plate and table sales to go to funding the national centers.