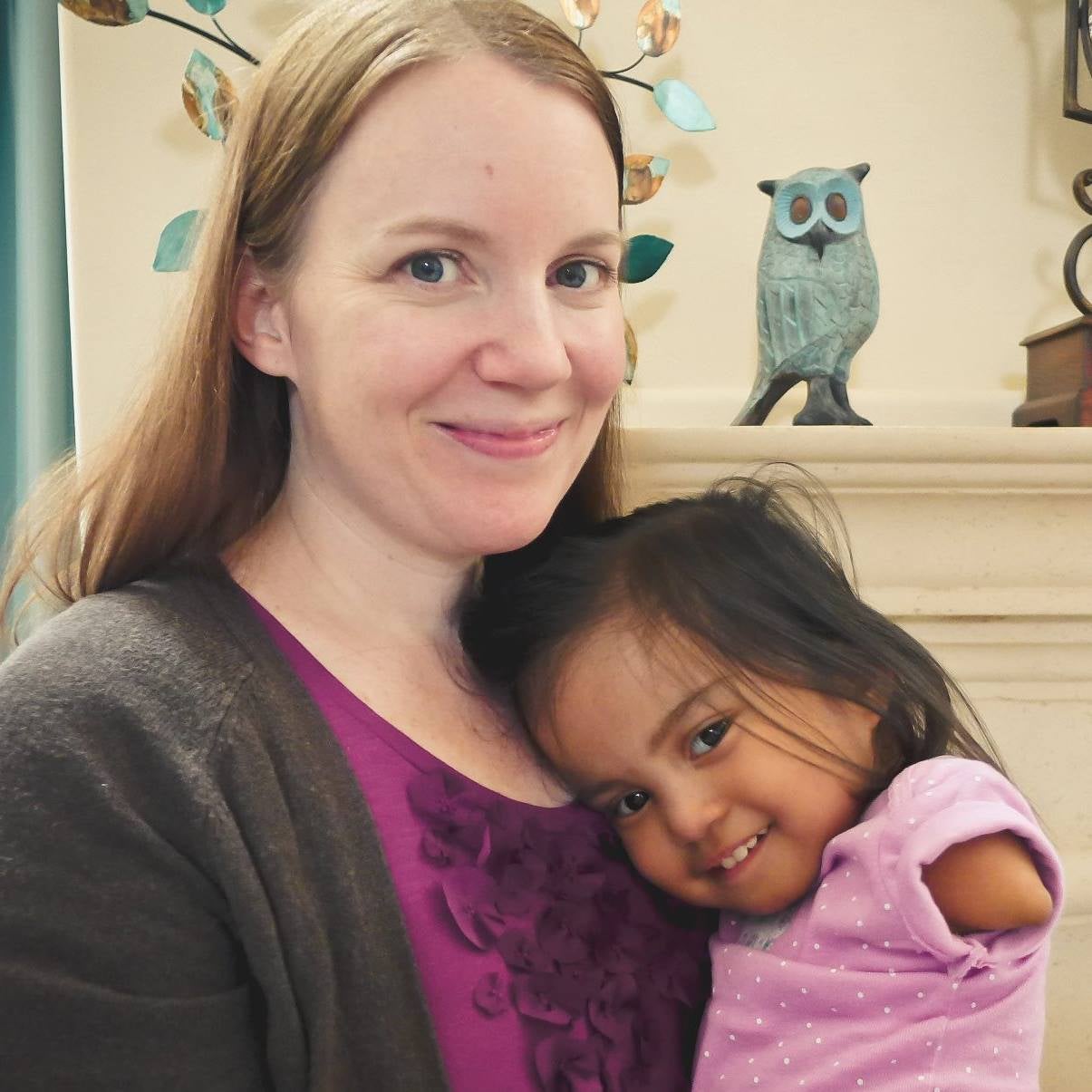 When Adrianne and Jason Stewart visited the Philippines in 2015 to adopt another child, they felt an urgent sense to adopt someone with special needs.

Hence, they adopted then 6-month-old Maria, who was born without arms and legs but loves to smile, at the Chosen Children Village in Cavite. It all began in October 2014, when the adoption agency sent them photos of kids waiting for a loving family, and they especially set their eyes on the rosy-cheeked, jubilant Maria.

“We saw her photo and fell in love with her beautiful smile. We applied to adopt her through our agency here in the [United] States,” Adrienne said in an e-mail interview.

Now turning 3 years old, Maria proves to be an definite source of bliss and hope for the Utah-based couple.

“Special needs adoption has changed our family forever. When we found our daughter we did not think that we were qualified or prepared enough to parent a child like her, a child born without arms and legs, but we knew that we could love her and that loving her was what mattered most,” the Stewart matriarch penned in a touching anecdote alongside a video on Facebook page Love What Matters, which has amassed thousands of likes, shares and motivational plaudits from FB users since the weekend.

Adrianne and Jason have documented their daughter’s growth through video blogs on YouTube and the family’s Facebook page. Likewise, the couple has kept in contact with Maria’s nurse at the orphanage for her to check on the kid’s progress.

“She has given us far more than we will ever give her,” Adrianne added. “She is so full of joy and light and is an inspiration to all who meet her. We put limits on her abilities and then we see her doing exactly what we thought she was not capable of. The most important thing she has taught us is that we are all so much more capable than we think we are.”

While living as a missionary in the Philippines from 2000 to 2002, Jason was drawn to Filipino culture and can speak basic Tagalog. He served communities in Maragondon, Makati City, Rosario, Sampaloc and San Jose in Mindoro.

The couple already had two daughters and a son named Joshua, a 6-year-old boy from the Philippines. Joshua, who was adopted five years ago at White Cross Children’s Home in San Juan, had no hard time adjusting to his little Filipino sister.

“It took them a little bit to learn how to play with her [Maria], as she has to do things different than how they do them. Joshua was a little jealous in the beginning as he wasn’t the baby anymore, but now they are good friends,” Adrianne elucidated.

Despite not having limbs, Maria attends kindergarten twice a week and meets with speech and occupational trainers every month.

Because of their treasurable experience, the couple plans to adopt a 9-year-old disabled girl in the Philippines next year.  Gianna Francesca Catolico /ra