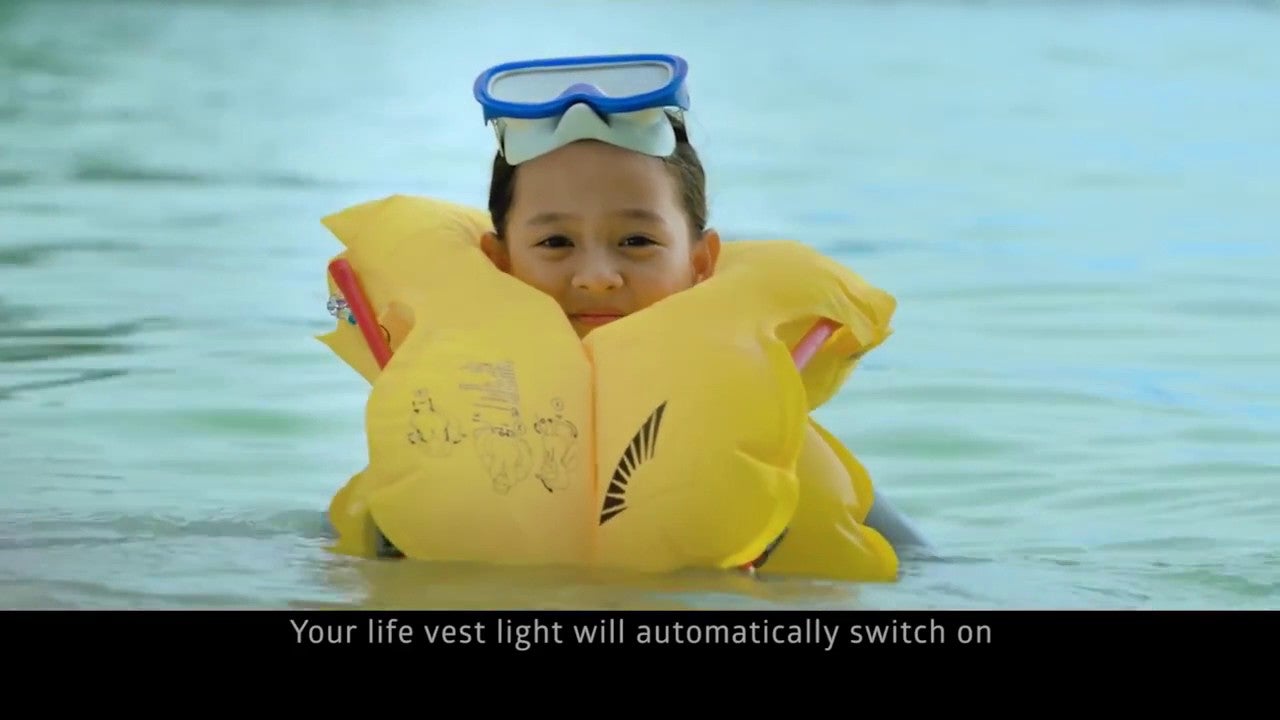 Inflight safety videos, those five-minute instructionals shown before the plane takes off, are a necessity, although they can be boring.

Passengers tend to tune the videos out, preferring to fiddle with their gadgets and send last few e-mails or text messages before they log off. That’s why some airlines have tried to come up with interesting videos that amuse and educate.

In 2012 and 2014, Air New Zealand enlisted characters from “The Lord of the Rings” like Galadriel, Frodo and Gollum; director Peter Jackson even makes a (disappearing) cameo. New Zealand has served as the hobbits’ Middle Earth for the popular film franchise.

Two weeks ago, Philippine Airlines (PAL) presented its newest inflight safety video, “Heart of the Nation.” This is the third time the country’s flag carrier has produced a safety video in its 75 years of operation.

Instead of actors or models, the talents in the video were all crowdsourced. PAL, in collaboration with McCann Worldgroup Philippines Inc.,  and supported by the Civil Aviation Authority of the Philippines  and the Department of Tourism, produced the five-minute video using unknown locals from various locations in the country after a casting call was made.

The project, which took two months, kicked off in Legazpi, Albay, before moving to Cebu, Boracay, Coron, Laoag, Bohol, Cagayan de Oro and Manila. The locals were videotaped “in situ” (in their natural positions), in sets that imitate a plane’s cabin.

One woman demonstrates how to fasten a seatbelt; just beyond her one can see a sandy beach and coconut trees.

In another scene, a young boy is shown wearing the plane’s life vest while standing in the water.

Other scenes include bird’s eye views of Palawan’s limestone cliffs  and the windmills of Bangui in Ilocos Norte; a child drawing a plane’s escape path markings in the Boracay sand; and a passengers stowing their tampipi (woven bag) under the seat in front of them.

The country’s beaches and emerald isles are in the spotlight, but the video is said to be mainly inspired by two Pinoy traits—maaruga (caring) and bayanihan (working together).

“Last year, Philippine Airlines celebrated its 75th anniversary with a renewed vision and mission of becoming a five- star, full-service airline by 2020,” PAL president and COO Jaime  Bautista said in a statement. “As more people fall in love with flying, we recognize the imperative to provide our passengers a level of care that goes beyond the call of duty especially when it comes to their safety.”

In the next few weeks, the video will be part of a worldwide Safety Advocacy campaign that aims to strengthen passenger knowledge on aircraft safety. The campaign that started this month will culminate in an experiential event this March.

It might even get the nod at the Apex Passenger Choice Awards, like what Tap Portugal’s inflight safety video did in 2014.

In 2013, the Portuguese airline recruited real passengers and videotaped them in a highly stylized set in a hangar at Lisbon Airport. The set used stiff white cardboard and black paint to represent a plane’s cabin, but tapping local talents made the video refreshing.

Bautista said, “With the new inflight safety video, together with our well-trained crew and updated safety guidelines and procedures, we want to show the world how the ‘Heart of the Filipino’ cares like no other. The beauty of the Philippines and the warmth of the nation are the perfect backdrop for the first-ever nationwide crowdsourced inflight safety video made by Filipinos for Filipinos and the world.”