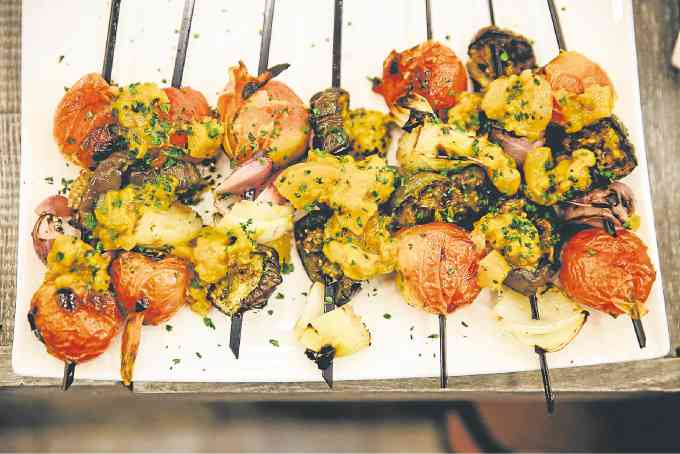 Like many who live in the age of social media, one of the first things we do in the morning is scroll through Instagram.

Sometimes we do it mindlessly, while our brains recalibrate. Other times we look for some positive reinforcement to start the day right, whether it’s puppy photos to get us in a good mood, or #fitspiration accounts, for that extra nudge to sign up finally for that gym.

One of these accounts is that of Chip Lopez, a.k.a. The Lazy Chef.

Beyond pretty photos of the freshest produce interspersed with fierce images of her enviably toned arms, what we’ve enjoyed seeing the most has been her fitness journey.

In her own words, she went “from being someone who could not last five minutes on a treadmill, to suddenly being able to back squat more than her body weight.”

When asked what prompted her to make a lifestyle change, 30-year-old Chip says, “I never struggled with weight issues growing up, but what most people didn’t know was how weak and sickly I was. I may not have been overweight, but metabolically, I was a mess. When I was 20, I was diagnosed with fibromyalgia and clinical depression. I hated how the depression medication was making me feel, so I decided to try another approach, a more holistic one.

“I realized that I needed to make a lifestyle change, and I knew that to make a real difference, the mind and body had to go hand in hand. I switched to a plant-based, whole-foods diet (eliminating red meat and processed foods) and started doing yoga. I ate clean 90 percent of the time. It turned out that meat and a highly processed diet combined with zero exercise messed up my digestive system.”

She continues, “A year later, I stumbled into a Crossfit Box. Weightlifting made me come alive. There is absolutely nothing more empowering than being able to do something that you never thought possible. But it was so much more than being physically strong. Fitness was the key not only to my physical well-being, but my mental health, as well. I have never felt healthier or stronger than I do today, and this new body has inspired me to continually push my limits and redefine my impossible.”

Like they say, though, abs are made in the kitchen, and Chip’s washboard ones are no exception.

With a degree in Fine Arts, not culinary, Arts, and with no chefs in her family save for her dad who’s “an intuitive cook who doesn’t like following recipes,” Chip made an unexpected career choice when she decided to become a chef. “To be honest, I have no idea how I got into cooking since I never had any interest in it growing up,” she says.

Once she decided to pursue this relatively newfound passion, though, Chip studied for a degree in Advanced Culinary Arts and Professional Kitchen Management from The Academy for International Culinary Arts (AICA) in Cebu. She then trained under culinary Olympian chef Jim Perko at Cleveland Clinic Wellness Institute in Ohio for plant-based, whole-foods cooking.

Upon returning to Cebu, she decided to share her passion for healthy living by starting The Lazy Chef Lunch Club, a lunch delivery service. She also began offering private, in-home cooking classes for about six months.

It’s a reservations-only restaurant in a secret rooftop location in Mandaue City, Cebu. She says, “I didn’t want a full-blown restaurant, just a kitchen big enough to hold cooking classes and serve dinner at the same time.”

At Kairos by The Lazy Chef, Chip whips up a prefixed three-course menu with two starters and a main.

“With the ‘reservations only’ policy, the menu changes based on what is fresh, seasonal or what I have up my sleeve. All meals are 100 percent plant-based, and we grow and harvest our own leafy greens and herbs in our garden to ensure freshness. My advocacy is to make vegetables the star of the show,” Chip says.

A reservations-only vegetarian restaurant in our lechon-
loving town would have been a hard sell just a few years earlier, but Chip opened Kairos at just the right time, coinciding with Cebu’s yoga craze and the universal clean eating revolution that had also found its way here.

Kairos is not only about the food, though. Like many of the things Chip does, it’s only a component of a much bigger picture—that of building a sense of belonging.

At Kairos, she wants all diners to feel like “they just stepped into an old friend’s home for dinner.

“One of our main objectives is to ultimately cultivate a sense of community and openness. The kitchen is right smack in the middle with no walls or barriers, completely obliterating the traditional Berlin wall that separates the kitchen and the dining area. We envisioned it to be a place where real connections are made.”