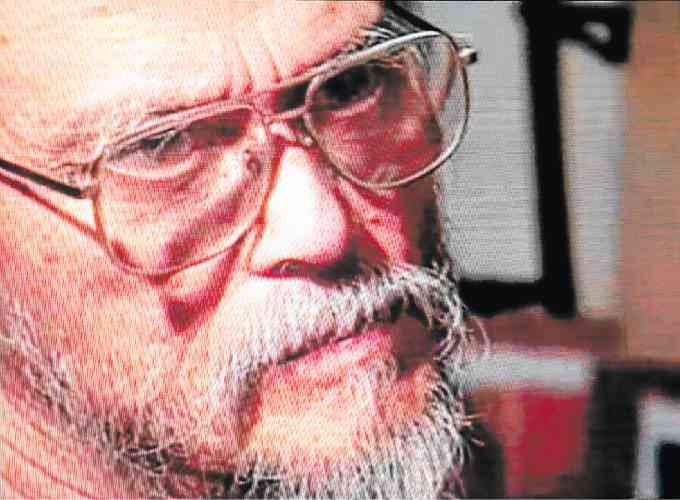 Cesar Legaspi was a quiet master who preferred to let his paintings do the talking.

Even after he became a National Artist in 1990, “Mang Cesar” was better known to the public as the father of OPM star Celeste, a gray-bearded, avuncular figure who always seemed to be sitting at his easel, palette and brushes in hand.

But Legaspi was a more complex figure than the stereotype would seem to suggest. He titled one of his key paintings “The Survivor,” perhaps to remind himself that his eventual success was paid for by decades of struggle.

Now both the man and his considerable body of work will receive a much-needed reevaluation as his family celebrates “100 Years of Cesar Legaspi” on the occasion of his birth centennial on April 2.

Running until December, “100 Years of Cesar Legaspi” will include a series of events, including four major exhibits.

The first, “Lying in State,” will run from April 2-June 4, at the Cultural Center of the Philippines, and will consist of Legaspi works in government and private collections.

The second, “A Man and His Relations,” will be held from June 13-Aug. 10, at the University of the Philippines Bulwagan ng Dangal and will focus on Legaspi’s collaborative work, and his relationship with the university and the broader art community.

The third, “State of Grace,” will be held in December at the Bank of the Philippine Islands 1851 Club in Makati, and will feature the artist’s late works inspired by his spiritual awakening, attributed to his joining a weekly bible study session.

A fourth exhibit is being organized at the Solaire Resort and Casino, with schedule and content to be announced at a later date.

“He was a master, but he was very humble,” recalls daughter Celeste. “He always wanted to keep on learning, and that’s one of the things we want young people to know.”

“He was color blind—he couldn’t see all the colors of red and green, and that’s a real handicap because red and green are primary colors,” she adds. “But he was able to surpass that. He imposed on himself the discipline of arranging his colors, his paints, so he could identify them, and I guess he imagined the colors when he came up with his works. That is in itself a great big lesson for Filipinos: whatever is the matter with you, you can surpass it.”

The family is currently working on a children’s book focusing on how her father dealt with this particular handicap, in collaboration with Canvas, a nongovernment organization that produces and distributes children’s books.

Born on April 2, 1917 in Tondo, Legaspi suffered from poor health throughout his childhood. Drawing was an escape from the boredom of being cooped up, and his talent soon became apparent.

He enrolled at the University of the Philippines School of Fine Arts, earning his certificate in 1936. This was followed by further studies in Madrid and Paris. But it was the influence of his friend and near-contemporary Hernando R. Ocampo that pushed Legaspi squarely into the camp of the modernists. Eventually, he became one of the so-called “13 Moderns,” a group that included Ocampo, Vicente Manansala, Galo Ocampo, Victorio Edades and Carlos Francisco.

During the war years, Legaspi was imprisoned by the Kempeitai for eight days, an experience which marked him for life. Later he would say that “style can also be a prison,” and his work would continue to change and evolve throughout his life.

After the war, he went to work for the Philprom advertising agency as a creative director. It was only in 1968, after a successful three-man show with Arturo Luz and H.R. Ocampo, that he would quit this day job to focus solely on his painting.

His works from the immediate postwar period were described by his eldest son Dennis as “somber slices from the seamy side of life,” and by granddaughter Eileen Legaspi-Ramirez, a curator and assistant professor of art studies at the University of the Philippines, as “proto-social realism.”

H.R. Ocampo’s influence led him to explore the conceptual and stylistic ideas of the Cubists, and he was often lumped with Ocampo and Manansala as “neo-realists.”

Of his early days, Legaspi often observed that painters were seen as little better than street sweepers. He sometimes sold paintings—when he managed to sell them at all—for little more than the cost of the canvas and paint that went into them.

In any case, Dennis Legaspi attributes the vibrant colors, expansive lines and more optimistic tone of his paintings from the 1970s onwards to greater success and financial stability.

In 1990, just four years before his death from prostate cancer, Legaspi received long-overdue recognition when he was named a National Artist for the Visual Arts.

The Legaspi family plans to eventually build an arts center in Batangas as a continuation of his legacy.