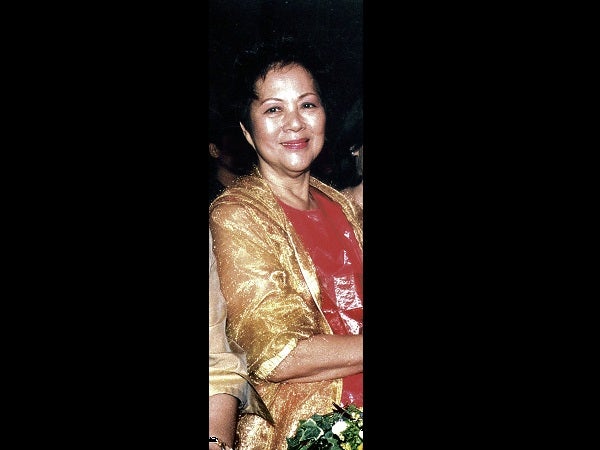 My daughter-in-law Lanelle’s many diets It was Dec. 12, and I didn’t know how Lanelle’s diet would survive the holiday season. She had lost 20 lbs, gained a respectable waistline and a reduction of boobs, and it was more or less that for months, and the family was all cheering for her.

You see, we’ve been following Lanelle’s various diets (every change of it!) for years! When she walked down the aisle with my plump son, Bey, 25 years ago, she had been a determined 25-lbs-reduced, radiant bride.

When the cake was being constructed, my daughter Wendy couldn’t relate to the groom doll that had such a slim waist. The bride doll was okay. So Wendy put a pat of clay on the groom’s tummy and painted a barong over it—vóila, it became Bey! But during the honeymoon, they just let go. What a compatible pair they were! In a matter of weeks they had become a fat, happy couple.

But one day in Megamall Lanelle felt dizzy. Her vision blurred and she felt nauseous, her pulse racing. Her terrified friends guided her to one of the doctors’ clinics which found her blood pressure to be 200 over 110! That was when Lanelle turned a new leaf (maybe the 20th) and she began seriously to diet.

When we had these gourmet lunches at home, she’d retreat to the end of the table with her package of South Beach Diet, gulay and turkey and vegetable juices—beet, cucumber, carrot, celery, and such—ignoring every bit of the glorious feast on the table. (Of course, if her food was good, everyone dipped into it.)

Her weight dropped by 22 lbs and her blood pressure became a healthy 120/80. We were impressed! When the South Beach Diet ended, she shifted to the dreaded Atkins Diet, which is an all-protein, mostly meat diet that excludes anything from the plant kingdom.

We cringed as she gleefully chomped on crispy pata, kare-kare, lechon, steak, pork chops and chicharon bulaklak from morning till night. Killer diet! said her brown rice-eating friend. Diseased consciousness! said an anthroposophist. But to our astonishment, Lanelle’s weight remained steady and her blood pressure got lower. And though she looked like she was ready to climb the Himalayas, I was afraid she’d just keel over dead. 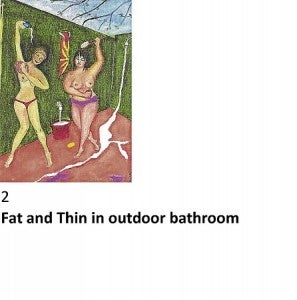 But this year, for the past four months, Lanelle has stopped dieting. Had she joined some fanatical movement? Had she received some celestial enlightenment from her departed husband above?

No, she had discovered that it is exercise, and only exercise that really works. Three times a week, a slimming instructor has been coming to Lanelle’s house to supervise her air-boxing and floor exercises, counting relentlessly, prohibiting the answering of cellphone or phone. Lanelle lost inches everywhere. She felt great. She looked trim and healthy.

But within the month she had to leave for New York for a reunion with old classmates. It was deadly. Lanelle gained 24 lbs in 24 days. When she got back to her exercise regime she lost 5 lbs, later regained two.

In the meantime, her two girls have gone the other extreme. Majalya became vegetarian. Chin-Chin turned vegan, meaning no consumption of animal or animal products, no wearing of leather belt or shoes.

To top it off, Chin-Chin hadn’t heard that fire had been discovered. She’s into raw food. She makes smoothies out of all kinds of vegetables, including pechay and alugbati, apples and oats. She makes chocolate balls out of raw cocoa. Out of long continuous strips of cucumber and carrots, she makes a pansit that ain’t a pansit.

She soon acquired a heavy duty juicer, a commercial size blender, a dehydrator, a bean sprouter, and a supply of seeds to plant in the ground. She has discovered treasure in the garden like edible ferns, pandan, wansoy, mustasa. As for Majalya, she does not eat anything on four feet but is okay with those that fly. And she wears leather shoes.

She knows why Paul McCartney became a vegan. He was eating lamb chops when he heard the bleating of a flock of sheep and was conscience-stricken. He also proclaimed that if all slaughterhouses had glass windows, no one would ever eat an animal.

As for the mother, we are all still awaiting the latest development. You see, a new restaurant with a smorgasbord has opened in town.