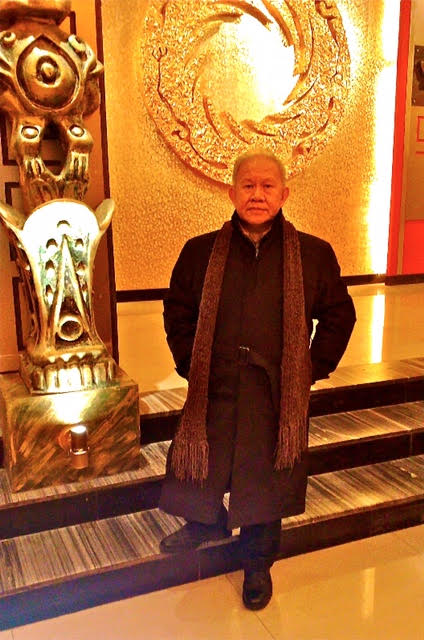 Philosopher and pedagogue Alfredo Pimentel Co will be named “Professor Emeritus” by the University of Santo Tomas in solemn academic ceremonies at the UST Faculty of Medicine and Surgery auditorium, March 9, 9 a.m.

Professor Co, Ph.D (born 1949 in Manila) has taught for over 40 years at the Pontifical University. Today, his renown and influence have crossed continents as he has become a most sought-after scholar and speaker effectively discoursing on the East-West dialogue in philosophy.

His more recent international lectures include “Confucian Secular Formation and Catholic and Catholic Education: A Comparative Analysis,” during the Conférence Mondiale des Institutions Universitaires Catholiques de Philosophie (Comiucap) Conference at the Australian Catholic University in Melbourne in 2015; “Hermeneutics of the Genius of the Absurd: Interpreting the Dao?” as De Smet-de Marneffe Annual Memorial Lecture at the Jnana-Deepa Vidyapeeth Pontifical Institute of Philosophy and Religion, India in 2014; “Rites and Languages: How to Transmit Faith to the New Generation” during the Pontificia Università Urbaniana International Congress, Vatican City, 2013; and “Catholicism in Asia: Discoursing the Impacts and Lessons of the Evangelization of China and the Philippines,” during the John Paul II Catholic University of Lublin International Conference in Poland, 2012.

Professor Co has written several books and articles. He is the editor in chief of Karunungan: A Journal of Philosophy (official journal of the Philippine Academy of Philosophical Research).