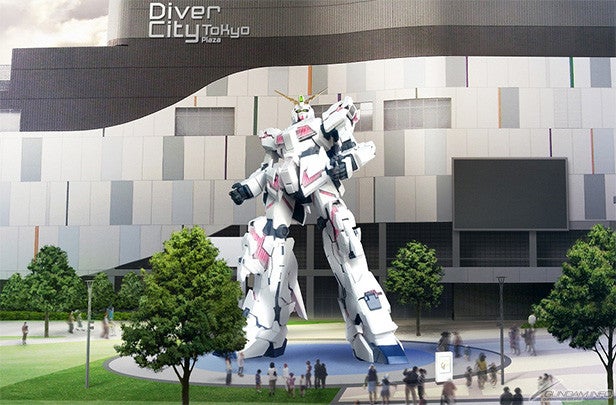 The day a 1/1 scale Gundam statue was erected in Tokyo was a day of celebration for every fan of the Gundam franchise. Alas, the RX-78-2 had its last day on March 5, 2017.

In its place will be a new statue depicting the RX-0 Gundam Unicorn from the Mobile Suit Gundam UC anime, reports Anime News Network.

To commemorate the last day of the RX-78-2, a send-off ceremony was conducted, followed by a live performance of music from the very first Mobile Suit Gundam Series. Franchise creator Yoshiyuki Tomino also gave a parting message during the ceremony.

The Gundam Fanclub website previewed a concept image of the Gundam Unicorn statue standing in front of the DiverCity mall.  The “Gundam Front Tokyo” within the mall will also be closed on April 5.

Initially erected at Odaiba’s Shiokaze Park, the RX-78-2 piloted by Amuro Ray in Mobile Suit Gundam stood there for 52 days and attracted 4.15 million visitors. It was then moved to Shizuoka City in 2010 where it stood with a beam saber in hand until March 2011. It was then again relocated in 2012 to its current location.

A “Gundam Global Challenge” press conference held in 2014 announced plans to make the statue move by 2019.

Several teams of scientists and engineers are already working on mobile-suit-like mecha. These teams have been making good progress so far and maybe one day, in the near future, as impractical as it may seem, boyhood dreams of pilotable mecha could become a reality. Alfred Bayle/JB