Backpack or trolley: Which is better for your kids? | Inquirer Lifestyle ❮ ❯ 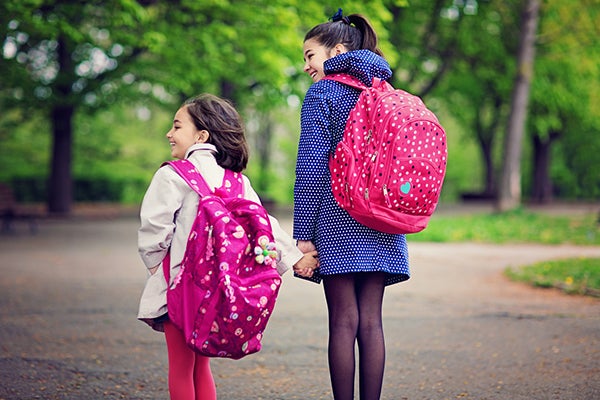 Backpack or trolley: Which is better for your kids?

The debate on how much kids should be carrying to school is set to be reignited this week, after a group of European researchers have compared the effect of taking a backpack or a trolley loaded up with books on the daily school run.

Previous research has already looked at the effect of carrying a heavy backpack around school all day on children’s health and comfort, with findings leading many experts to agree that a backpack should not weigh more than 10 to 15 percent of the child’s bodyweight.

The most recent study, carried out by a team from the University of Granada, Spain, has added to the debate by focusing on whether pulling a trolley could be better for kids than carrying schoolwork around in a backpack.

Backtracking to a previous study

A previous attempt has already been made to settle the matter, with a small-scale 2010 study looking at the effect of both on 34 German schoolchildren between 6 and 8 years of age.

That study found that although children adopted asymmetric postures while both toting a backpack and pulling a trolley, a trolley was also associated with a rotation of the spine, which could be an extra source of stress on children’s bodies, leading the team to advise using a backpack, as long as the weight is within recommended limits.

However, the team behind the new study believes that pulling a trolley to school is better for children than carrying around a heavy backpack.

After assessing body weight and posture of 78 schoolchildren aged six to 12, results showed that 47 percent of schoolchildren are carrying a load in their trolley or backpack above what is recommended on a daily basis.

Furthermore, 23 percent of the girls are carrying a load above 20 percent of their body weight, far higher than what is recommended.

When backpacks bring in back pain

In addition, after surveying the children, researchers found that 97 percent of backpackers believe their backpack is almost always heavy, compared with 85 percent of trolley users, despite the results suggesting that the weight of the trolleys is greater than backpacks.

Lead author Eva Orantes suggested that a trolley is beneficial where possible, provided its load doesn’t exceed the recommended amount of between 10 and 15 percent of the child’s weight.

The team is continuing with their research, which should shed more light on how children should take their work to school and how much they should take.

Meanwhile, for kids that need to use a backpack, the American Academy of Orthopaedic Surgeons recommends that parents ease the load on children by choosing one that is an appropriate size for the child, is lightweight, and comes with two wide, padded shoulder straps and a waist strap for extra comfort and support. JB