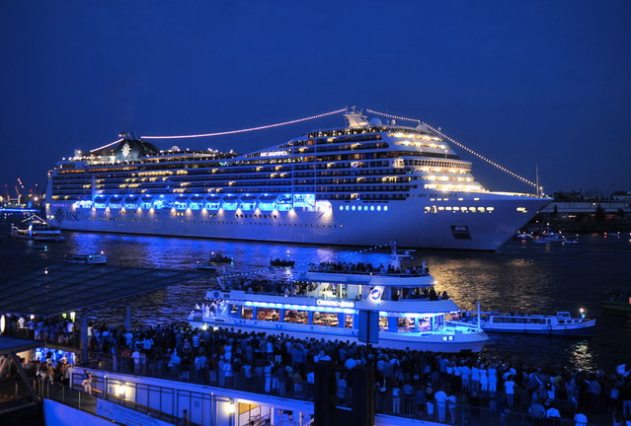 Suffice to say, visiting over 20 different countries in one’s lifetime can be considered quite an accomplishment. Now imagine going to some four dozen countries in a span of four months.

Geneva, Switzerland-based company MSC Cruises is inviting vacationers to hop aboard the MSC Magnifica in a 119-day cruise over six continents.

Fittingly dubbed as the “World Cruise,” the vacation of a lifetime  boasts an itinerary of 49 destinations across 32 countries. It departs from Genoa, Italy, on Jan. 5 next year.

After crisscrossing the globe for 119 days and 118 nights, the ship returns to the same place, Travel and Leisure magazine reported.

According to the report by the travel magazine on its website, the global journey departs with stops at ports in four European cities—Marseille in France, Barcelona and Malaga in Spain, and Funchal in Portugal.

The ship will then venture across the Atlantic and drop anchor in Caribbean destinations like  St. Maarten, the US Virgin Islands, Puerto Rico, Aruba and a few others before stopping by to the Pacific via the Panama Canal.

The ship will then make stopovers in famed American cities like Los Angeles and San Francisco, both in California,  for two days and three days, respectively.

It will also have extended stays in Honolulu, Hawaii, for two days, and make additional trips to Bora Bora in French Polynesia, Auckland in New Zealand, and Sydney in Australia, along with several unannounced destinations.

MSC Magnifica is a luxurious, modern ship that features world-class amenities including 12 bars, five restaurants, a casino, a panoramic discotheque, a cigar lounge and a 4D cinema, among others.

But as expected, the seemingly too-good-to-be-true trip comes with a significant price tag. Aside from taking four months of your regular schedule, interested vacationers must shell out $16,999 (P856,494) or more.

Due to the nature of its extended trip, MSC recommends the voyage for those planning “a traditional gap year, career break or a post-retirement adventure.”

As of this writing, tickets are exclusively available for SC Voyagers Club members only, but the company confirmed that they would be selling to the general public starting Dec. 14.