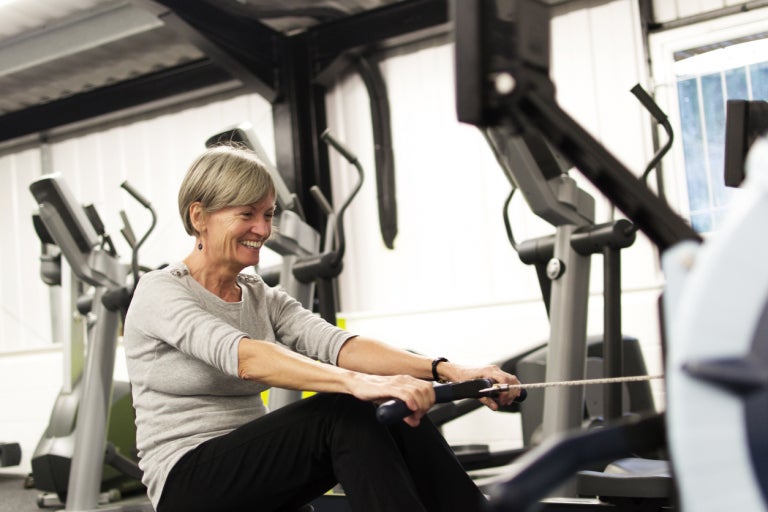 Two new studies released this week add to the growing evidence that exercise can help stave off old age.

After taking biopsies from the participants’ thigh muscles and comparing the molecular makeup of their muscle cells to samples from sedentary volunteers, the team found that exercise caused cells to make more proteins for their energy-producing mitochondria and their protein-building ribosomes, effectively stopping aging at the cellular level.

The team also found that although strength training was effective at building muscle mass, it was high-intensity interval training that was particularly effective and provided the biggest benefits at the cellular level.

In addition, although the younger participants who took part in the interval training program saw a 49 percent increase in mitochondrial capacity, the older volunteers saw an even bigger 69 percent increase.

Senior author Sreekumaran Nair said, “Based on everything we know, there’s no substitute for these exercise programs when it comes to delaying the aging process. These things we are seeing cannot be done by any medicine.”

And although the team advised that any exercise is better than no exercise, Nair added that, “If people have to pick one exercise, I would recommend high-intensity interval training, but I think it would be more beneficial if they could do three to four days of interval training, and then a couple days of strength training.”

In another study, an international team of researchers looked at the results of 37 randomized controlled trials which studied the effect of combining exercise and nutrition on sarcopenia in subjects aged 60 years and older.

Although progressive muscle loss is a natural part of aging, sarcopenia is defined as when muscle mass and muscle function fall below defined thresholds and can have a huge impact on daily living affecting mobility, balance, and risk of falls and fractures.

The majority of studies, 92.8 percent, also showed that following an exercise intervention, there was also an improvement in physical performance tests such as walking speed, balance and the chair rising test, leading the team to conclude that the results showed “the overwhelming positive impact” of exercise in later life. JB