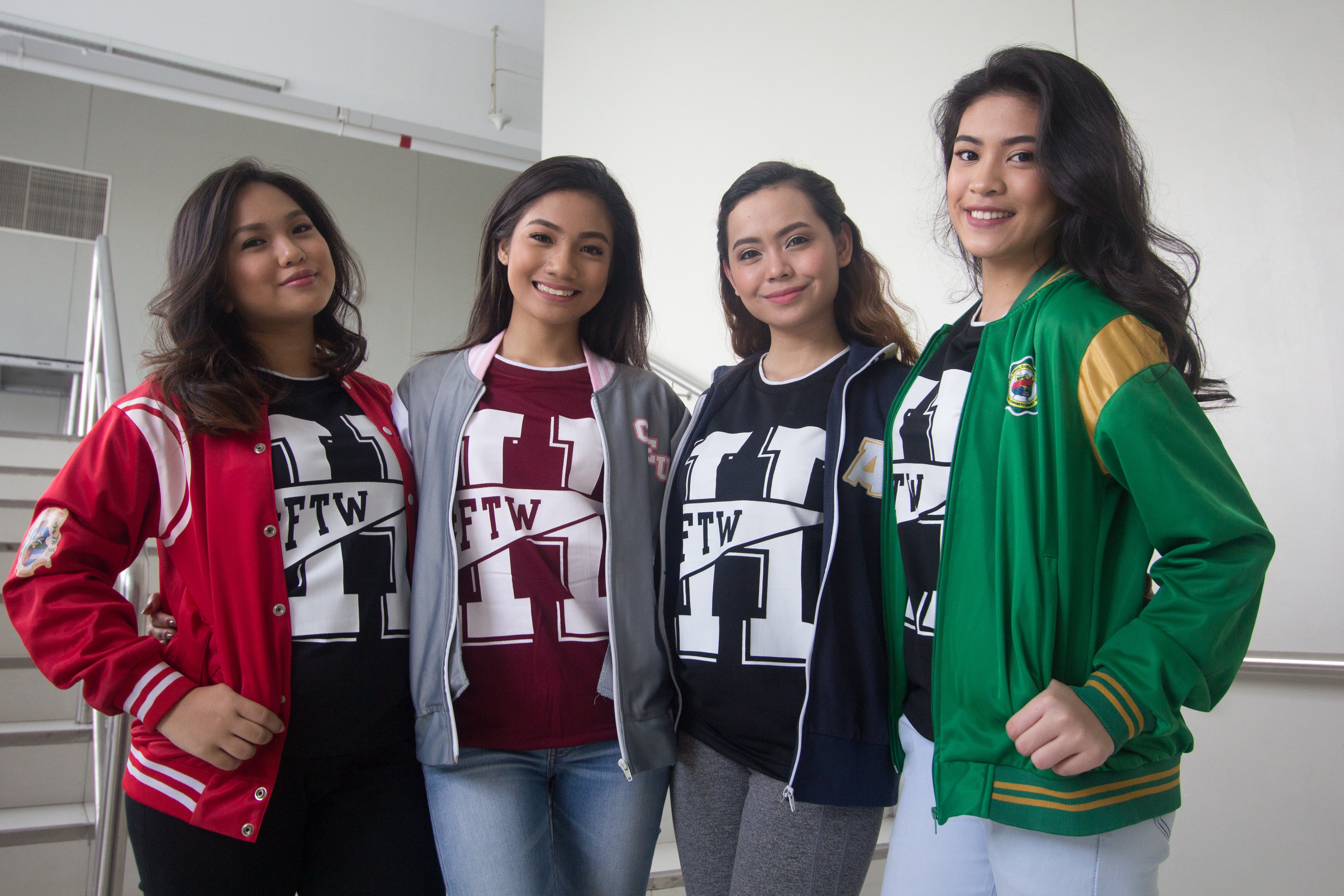 The recently held Women’s National Collegiate Athletic Association (WNCAA) Cheerleading Competition was not only a chance for cheerleaders to display their talents in gymnastics, lifting and dance; it was also an opportunity for student jocks to show their hosting skills before an excited audience at the SM Mall of Asia (MOA) Arena.

Hosting alongside main emcees Janeena Chan, Drei Chua and Gemmalyn Priela were four courtside reporters from the participating WNCAA schools who introduced and interviewed teams before and after each performance.

All experienced hosts, the four are also active members of the radio production organizations in their respective schools.

Sixteen-year-old Tidri is an 11th grader whose passion and enthusiasm for mass communications made her run for communication arts president. An environmental advocate, she joined and won the 2015 Ms Teen Ambassador-Eco Tourism beauty pageant. She also loves to sing and act.

She said: “I had high expectations for the 47th season, but the game changed entirely when I learned we would be hosting at the MOA Arena where Pia Wurtzbach took her final walk as Miss Universe 2015.

“It added more value to the place—and for a moment I was speechless despite my being used to speaking before a crowd!

“As for the competition, I was sure all the teams prepared even more this year, as it was another chance for them to win the championship in their respective divisions.

“Since I started reporting courtside last season, I noticed that the schools set even higher standards for their performances, costumes and stage presence. After the 47th season, the champions set the bar even higher.”

If the name Louisse Nepomuceno sounds familiar, it’s because you might have heard her on the radio.

An RX 93.1 student jock, Louisse is fond of traveling and loves to spend time with family and friends.

The fourth year college student doesn’t just have a voice for hosting—she sings, too. Her short covers are up on her personal Soundcloud channel.

No stranger to the arts

Seventeen-year-old Joy is a grade 11 student who is no stranger to the arts—she loves performing spoken word poetry, film photography and art journaling.

In her free time, she enjoys reading historical fiction and biographies.

True to her name, she finds joy in adventures such as hiking, food trips and hunting for the best coffee shops.

“Helping make the crowd root for my school, and just the experience of watching and being in a ‘formal’ sports event for the first time,” said Joy when asked what she liked best about WNCAA Season 47. “That whole day was a complete new world for me, and I enjoyed it. I met new people and got an arena to shout and move with me. It was completely tiring, but it also felt rewarding.”

Junior high schooler Chloie considers herself a logophile—that is, someone who loves words. Studying and reading poetry led her to major in journalism.

An incumbent student council officer, she devotes herself to serving passionately, believing that it’s a reward in itself.

The musically inclined Chloie jams on the guitar with her dad and sister as a way to destress after a long week.

As for challenges she encountered at the event, Chloie said it felt good to be able to “carry a huge part of the competition, and realizing how we would be doing most of the talking, and therefore had to think quick on our feet. It was a challenge for me because I am a naturally awkward and shy person; so I had to set aside that part of me and shift into a livelier version of myself.

“I realized I spoke too softly but then I also had fun, learned a lot, and, most important, did my best. Overcoming my fears allowed me to become a better version of myself.” —CONTRIBUTED