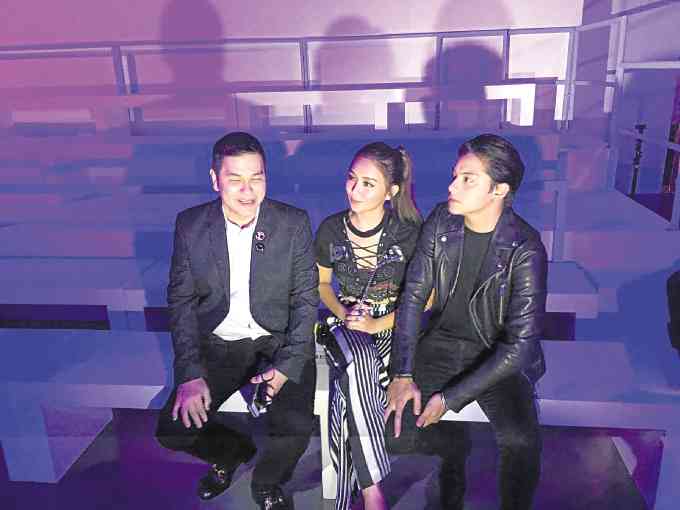 It was just a matter of time before Pietro Boselli, aka the world’s hottest math teacher, made his presence felt in Manila’s fashion scene. And what better venue than the first Bench Fashion Week (BFW), running this weekend.

Over the weekend, the works of young designer Sassa Jimenez and design team Proudrace, Womenswear by Kashieca, Streetwear by Human and global brands Vero Moda from Denmark and Cotton On from Australia were highlighted.

“As the leading clothing brand in the country, Bench has always advocated to make Philippine fashion and retail an exciting, engaging and dynamic industry for its market,” Chan told Lifestyle.

“By supporting brands through our #LoveLocal campaigns, by bringing in the world’s best brands and by supporting the best local designers, Bench Fashion Week aims to be a showcase of all of the above,” he added.

Still, Chan makes it a point to position local talent at the forefront of these events.

Jimenez, for example, was one of Kashieca’s featured designers for The Little Black Dress collaboration series for the Holiday 2014 collection.

Proudrace was carried by Human in select stores in 2013, while Savella’s special collaboration with Bench will soon be featured in Benchmark.

Chan noted that the participation of the three designers in BFW also marks their first solo shows.

At a time when fast fashion and global conglomerates are seen as twin threats to local business and creativity, Bench would rather embrace all these elements and merge them into a curated spectrum, from high street to designer, that would attract influencers, consumers and media.

Chan described BFW as a “platform to showcase what’s new and current in fashion for the press and our direct customers, unlike other fashion weeks across the world whose market is aimed at wholesale buyers.”

He also noted that traditional fashion weeks feature creations for upcoming seasons to allow time for ordering and production, but BFW “will offer ‘see now, buy now,’ as the collections shown will be made immediately available in stores for the brands and ready for ordering for the designers.”

This means BFW follows Spring/Summer 2017, the current market season.
“I think we are the first brand in the Philippines to spearhead an initiative such as this,” Chan added.

Apart from giving fashion lovers an event to “enrich their experience,” the Bench founder said this weekend’s presentation also aims to provide the local market “with the best fashion at the most reasonable price… This is also a continuation of our efforts to excite out market with local and international collaborations.”

This is not the first time Chan has taken a road less traveled while clothing stylish Manila.

Bench had come up with tomes like Pinoy Pop and Fashionable Filipinas to entice the youth to take a closer look at culture, and partnered with the Philippine Art Fair to support local arts.

“Our goal is not just to differentiate ourselves, but to provide an example of how a fashion brand can be more relevant to its market, to their culture and lifestyle,” he explained.

Timed with BFW is the launch of Bench Design Awards, a competition among young Filipino designers, the winners of which will enjoy local and international training, mentorship and a show.

Chan said 10 finalists will be selected by a jury taken from BFW and Amazon Fashion Week Tokyo. The ones chosen will present their collections in the next season of BFW in September.

He added that three winners chosen by the international panel will be flown to Tokyo to receive training and mentorship “in cooperation with Japanese agency HIDA (Overseas Human Resources and Industry Association) and showcase their collections together with Bench during Amazon Fashion Week Tokyo in October.”