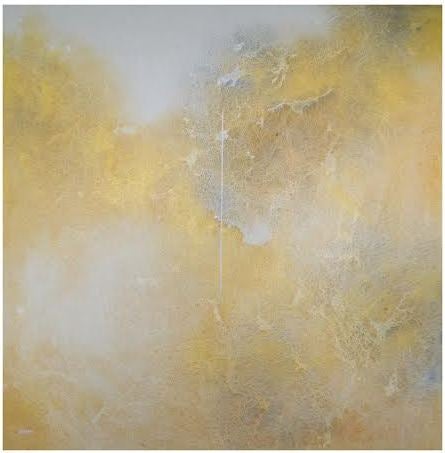 Art Anton presents the recent works of two of the country’s dedicated abstractionists, Benjie Cabangis and Rico Lascano, in the show “Substance-Essence,” which opens March 18 at 4 p.m.

Wassily Kandinsky, the pioneer of abstraction, and one of the most influential artists of the 20th century, premised his impulse toward an art devoid of reference to all reality to the principle of “Inner Necessity.” This propelled him to a state of transcendence that he could reach solely through the emotional power of form and color.

By his own admission Cabangis, even at the beginning of his art exploration, was convinced that only through abstraction, or the language of the spirit, can he convey and communicate his deepest feelings and thoughts.

He thus anchored his pictorial vocabulary on the concept of the landscape—not any physical terrain but a spiritual realm and invisible territory, which is accessed through purely nonrepresentational means, such as horizontal bands, vanishing points, stains and glazes, geometric patterns and disembodied colors.

The greatest influence on the art of Lascano is Zen Buddhism, which, as expounded in Roger Lipsey’s “The Spiritual in Twentieth Century Art,” is “the movement of discrimination formulated in the classic phrase neti, neti—‘not this, not that.’” The objective is the liberation of consciousness from “objects” in order to arrive at an “objectless awareness” of life.

Declares Lipsey: “The motivation is on the one hand to be free of illusion and ephemera, on the other hand to cohere with an overwhelming fertile quality of consciousness which is as fulfilling for the artisan as it is for the contemplative.”

What Lascano does is to reference Zen Buddhism with ancient Christian mysticism, as in the work of the anonymous 14th-century English monk, “The Cloud of Unknowing,” which encourages the divesting of the mind of images and concepts in order to arrive at an advanced form of contemplation, through an encounter with “nothing and nowhere.”

As St. Augustine himself personally experienced: “The soul grew silent to herself and, by not thinking of self, mounted beyond self.” Lascano’s works are meant to achieve the silencing of our contemporary raucous existence. —CONTRIBUTED